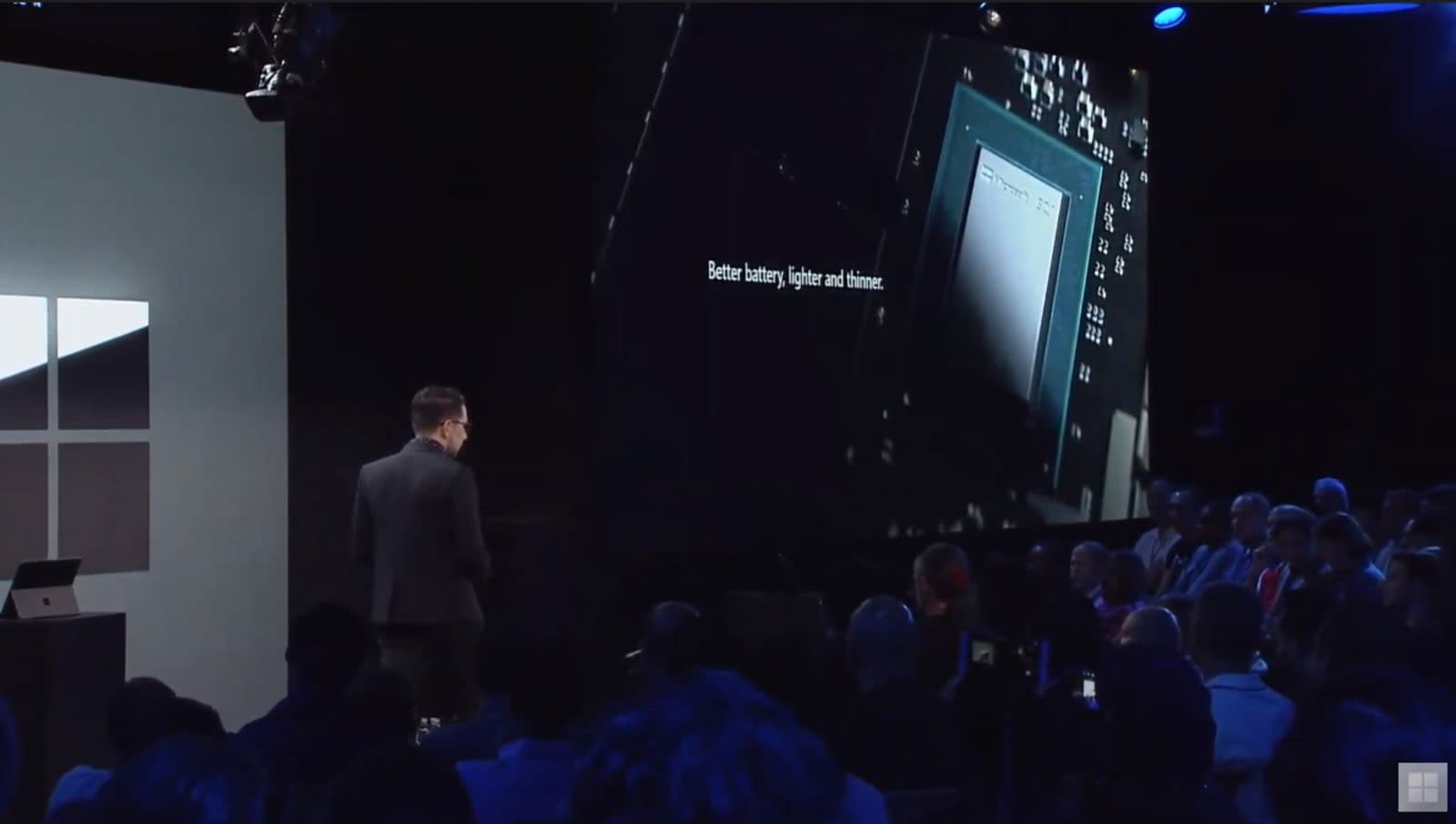 ARM chips in laptops can give you battery life, slimness and connectivity, but power? In Windows laptops, that hasn't been the case. Microsoft has promised that will change with the new ARM-powered Surface Pro X, freshly unveiled at its Surface event today. To make sure it can keep up with Apple's iPad Pro, Microsoft and Qualcomm have developed an all-new ARM processor called the SQ1.

Microsoft described it as having "Snapdragon mobile DNA, alongside an integrated AI accelerator." While ARM chips usually use less power, the SQ1 runs at 7 watts to push performance levels, according to Microsoft's Panos Panay. That helps it deliver three times more performance per watt than the Surface Pro 6, while consuming much less power than an Intel or AMD x86 chip. At the same time, it packs a GPU that runs at 1.8 teraflops -- not bad for such a portable device. The slim size also allowed Microsoft to create an incredibly slim design.

The SQ1 is based on Qualcomm's existing Snapdragon 8cx laptop chip, with some minor customization. That means you'll get built-in 4G LTE, battery life near 20 hours, and quick-charging to 80 percent in just an hour. The big question, though, is whether it'll let Microsoft's Surface Pro X keep with Apple's iPad Pro lineup for photo editing and other productivity tasks. If not, the new laptop could go the way of Microsoft's previous ARM Surface devices.

In this article: ARM, gear, microsoft, personal computing, personalcomputing, Processor, SoC, surface2019, Surface7
All products recommended by Engadget are selected by our editorial team, independent of our parent company. Some of our stories include affiliate links. If you buy something through one of these links, we may earn an affiliate commission.