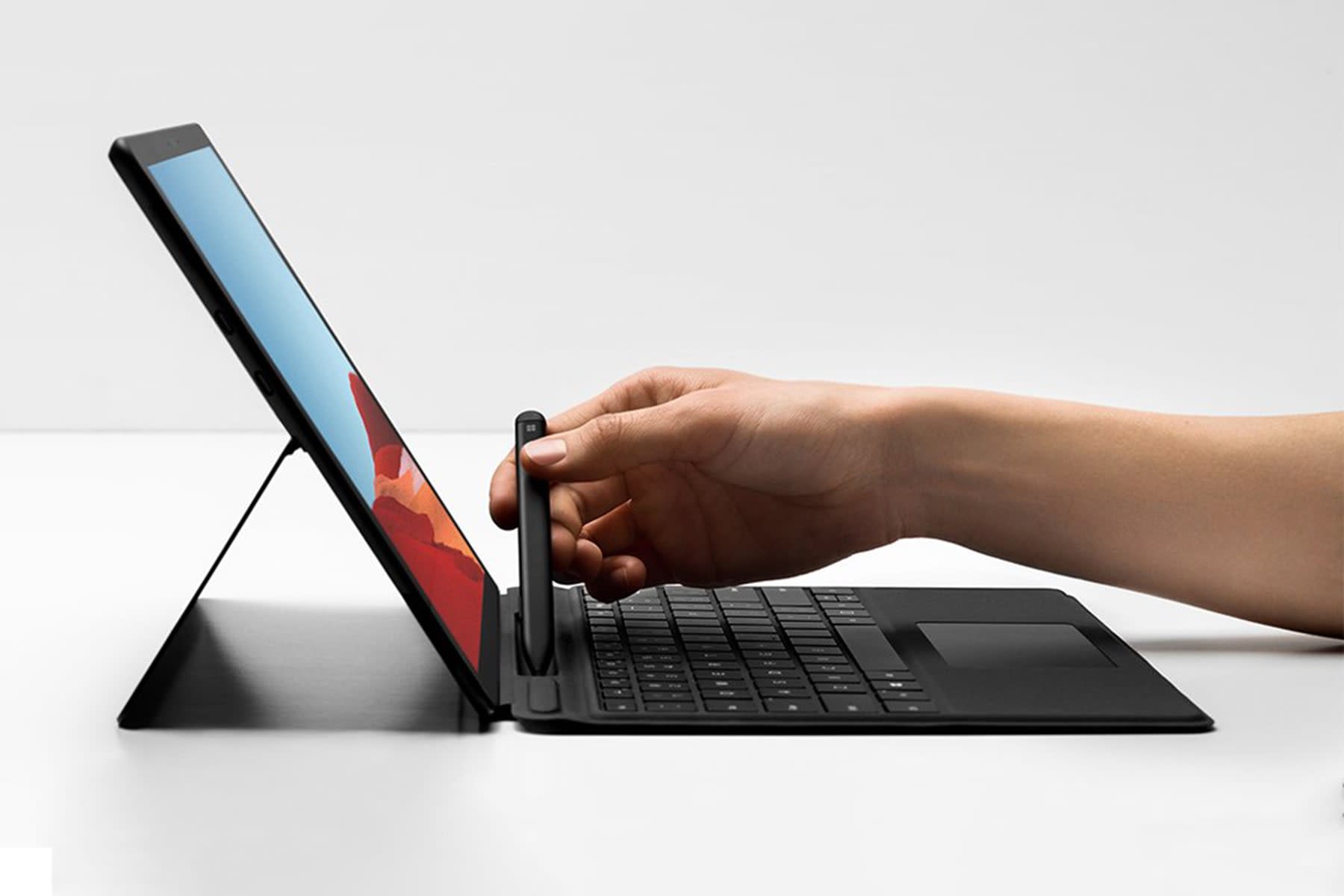 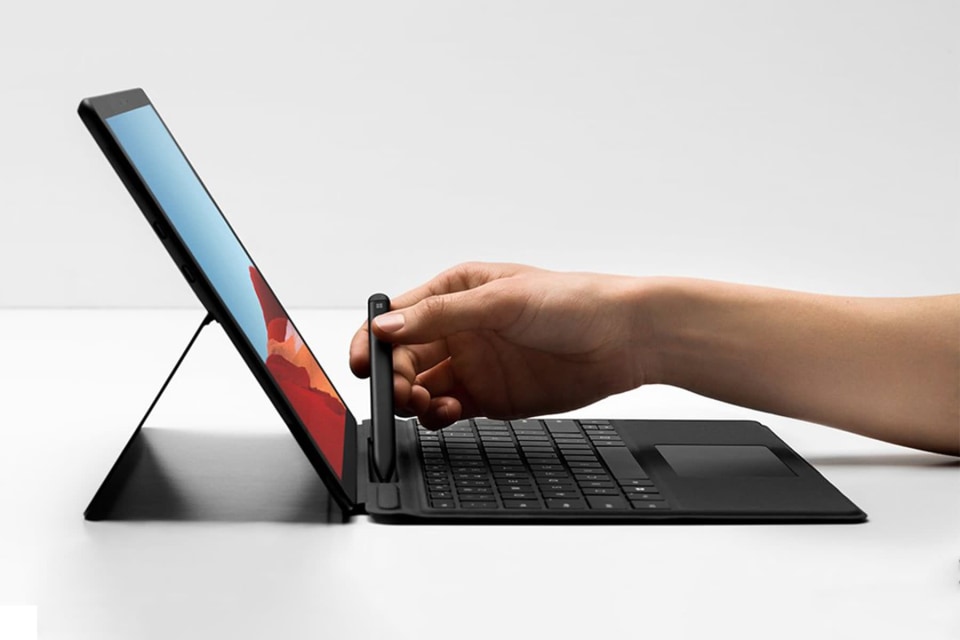 Microsoft is reviving its dream of an ARM-powered Surface device. Today, the company unveiled Surface Pro X, a Windows 10 hybrid powered by a custom SQ1 processor. That chipset has "Snapdragon mobile DNA," according to Panos Panay, Microsoft's chief product officer, alongside an "integrated AI accelerator." It was developed in partnership with Qualcomm and is likely related to the Snapdragon 8cx announced last December. "You will not find this anywhere else out there," he claimed.

From a distance, the Surface Pro X looks like the Surface Pro 7 -- albeit one that's been on a diet. It's 5.3mm thin and weighs 1.68 pounds, which is definitely ultrabook territory. The outer shell is made from anodized aluminum and the kickstand can support any angle up to 165 degrees. Your eyes will spend most of their time, though, gazing at a 13-inch display with a 3:2 aspect ratio and 2880x1920 resolution, which equates to 267 PPI.

But how does it run? The SQ1 offers seven watts of power which, Panay claimed, is three times "more performance per watt" that the Surface Pro 6. What that means in the real world, though, is unclear. We do know, at least, that it's running an Adreno 685 iGPU and either 8GB or 16GB of LPDDR4x RAM. Depending on your budget, it'll come with a removable 128GB, 256GB or 512GB SSD, too. What won't change, however, is the port selection -- every Surface Pro X will come with two USB-C, one Surface Connect and one nano SIM card slot. No 3.5mm headphone jack, it seems.

The ARM-based architecture means that the Surface Pro X will support LTE out of the box. It should also be a stamina champ: Microsoft is promising 13 hours of battery life and a zero to 80 percent quick-charge time of under an hour. And, if you're a stylus type, the device will work with a Surface Slim Pen that has its own recharging 'pencil pouch' tray above the keyboard.

Tempted? If so, the Surface Pro X is available to pre-order today for $999. Microsoft says the device will ship and hit store shelves on November 5th.

The Surface Pro X isn't a huge surprise -- such a device has been rumored for months now. Gadget leaker Evan Blass also shared images of the device -- as well as the Surface Pro 7 and Surface Laptop 3 -- a couple of days ago.

Microsoft's previous ARM-powered Surfaces include the Surface RT and Surface 2, which were released in 2012 and 2013 respectively. Both of those devices used Nvidia Tegra chips, though, rather than Qualcomm hardware. The pair ran Windows RT, a now-discontinued version of Windows 8 that was built specifically for ARM architecture. Microsoft hoped they would deliver classic Windows productivity at a price point that was competitive with the (non-Pro) iPad. Windows RT was a watered-down operating system, though, that could only run Windows Store applications. Unsurprisingly, the company's Pro-branded Surface products -- which were more expensive and ran the full version of Windows 8 -- fared better.

A lot has changed, though, in the last six years. Windows 10 is miles better than Windows RT and ARM processors have slowly improved. Microsoft isn't the only one experimenting in this space, either. Samsung unveiled the Galaxy Book S, a Qualcomm 8cx-powered laptop with a 23-hour battery life, alongside the Galaxy Note 10 in August. It's unclear, though, if the market really wants an ARM-powered Windows laptop at the moment. The battery life of these devices, while impressive, has traditionally been at the expense of raw power. Will Microsoft's Surface Pro X -- and specifically, its custom SQ1 chipset -- solve this issue? If not, it could have limited appeal.

In this article: ARM, arm processor, gear, microsoft, personal computing, personalcomputing, Surface, surface2019
All products recommended by Engadget are selected by our editorial team, independent of our parent company. Some of our stories include affiliate links. If you buy something through one of these links, we may earn an affiliate commission.