Built on a new platform, it "hints at the new direction of Nissan's design language."

Nissan wants to show that tiny city "Kei" cars in Japan don't have to be pug-ugly. At the Tokyo Motor Show, it will unveil the IMk EV concept built on a new platform that "signals the future of Nissan design," the company said. While tiny, it packs Nissan's latest tech including the ProPilot 2.0 driver assistant, "seamless" connectivity and a powerful EV drivetrain for its size. The design, meanwhile, uses what Nissan calls "timeless Japanese futurism," and borrows liberally from the country's traditional arts and crafts. 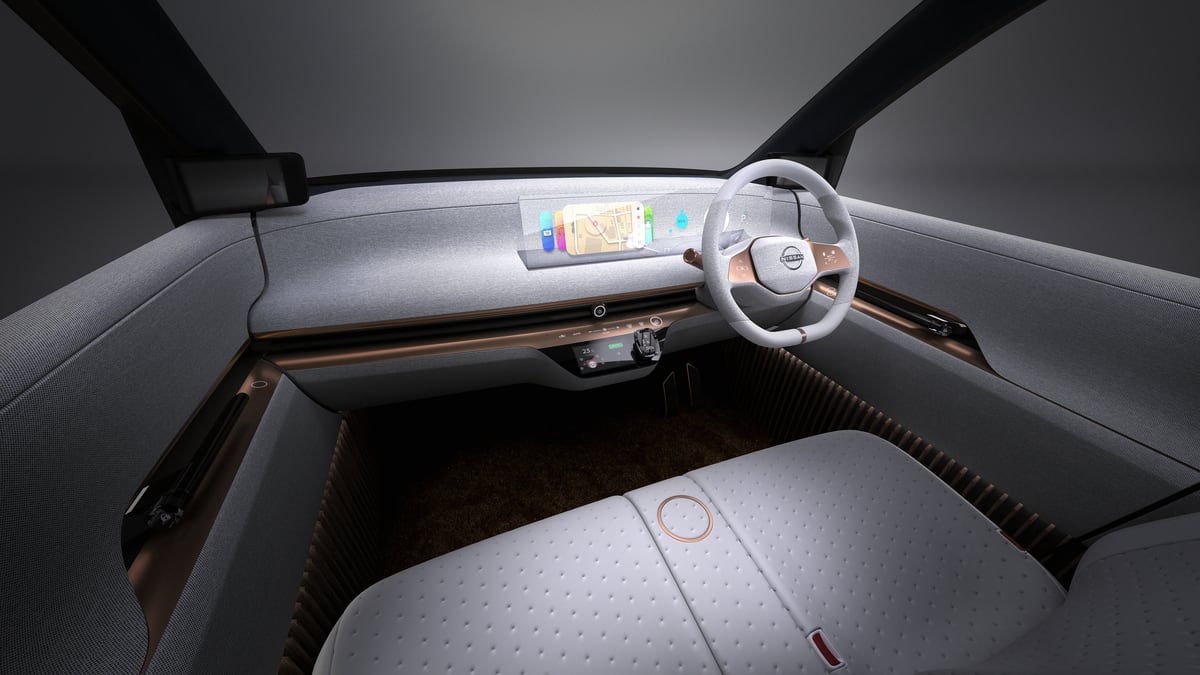 Inside, the designers were inspired by cafe's and lounges, using a bench-style seat "that gives the impression of sitting on a floating cloud," Nissan wrote. The lower doors have wood slats, "a nod to the Japanese joinery technique of kigumi," all designed to create "a sense of inner calm." The system recognizes the driver and automatically sets their seat settings, climate and the infotainment preferences.

Nissan hasn't detail specifics about the powertrain, performance or battery life, but it promised to release those details at the Tokyo Motor Show later this month. And get used to the design elements, because you're likely to see them again. "The IMk concept provides a glimpse of the new direction of Nissan Intelligent Mobility as technology evolves toward electrification and connectivity," said Nissan VP Asako Hoshino.

All products recommended by Engadget are selected by our editorial team, independent of our parent company. Some of our stories include affiliate links. If you buy something through one of these links, we may earn an affiliate commission. All prices are correct at the time of publishing.
View All Comments
Nissan’s IMk concept is a chic, boxy and electrified ‘Kei’ car