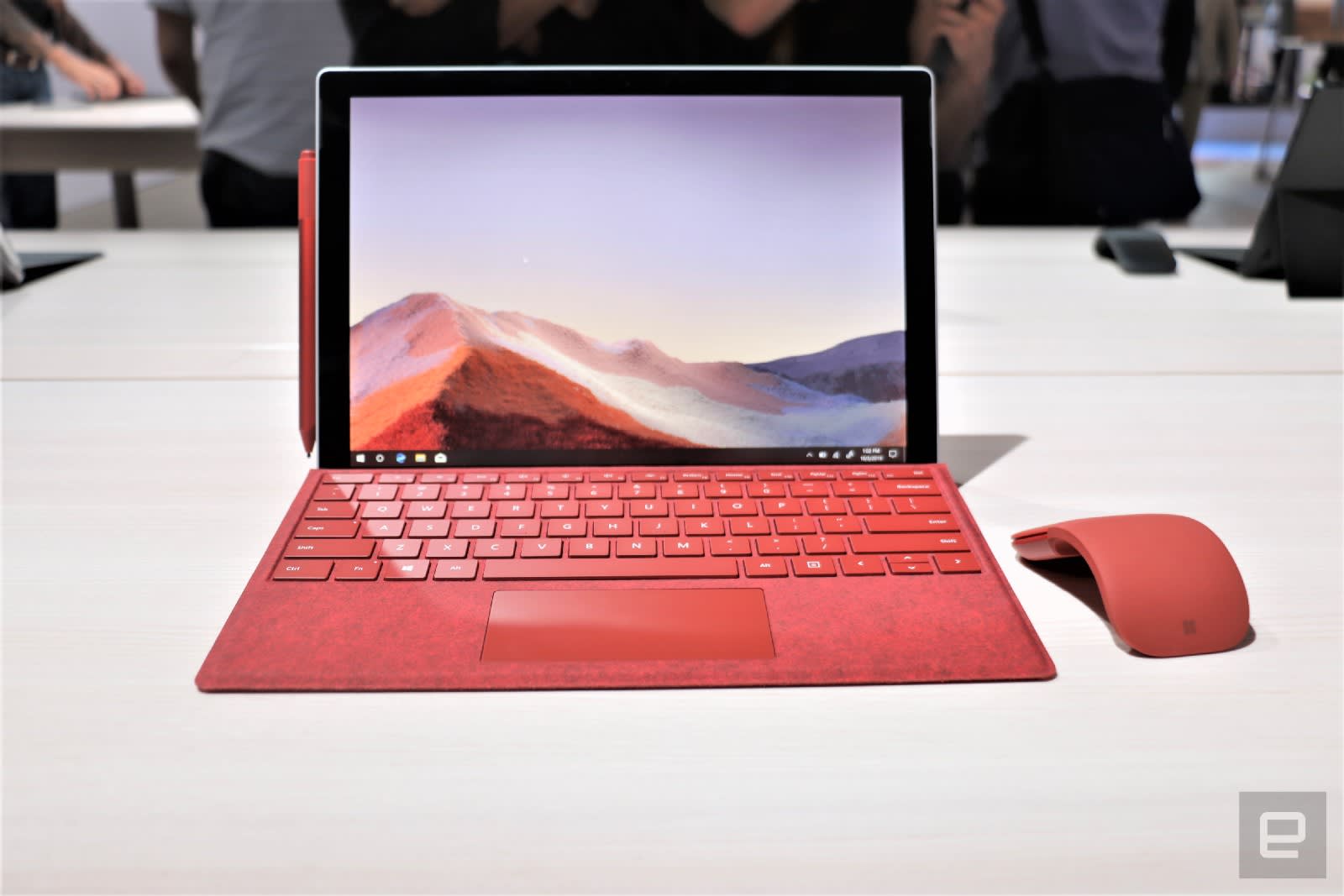 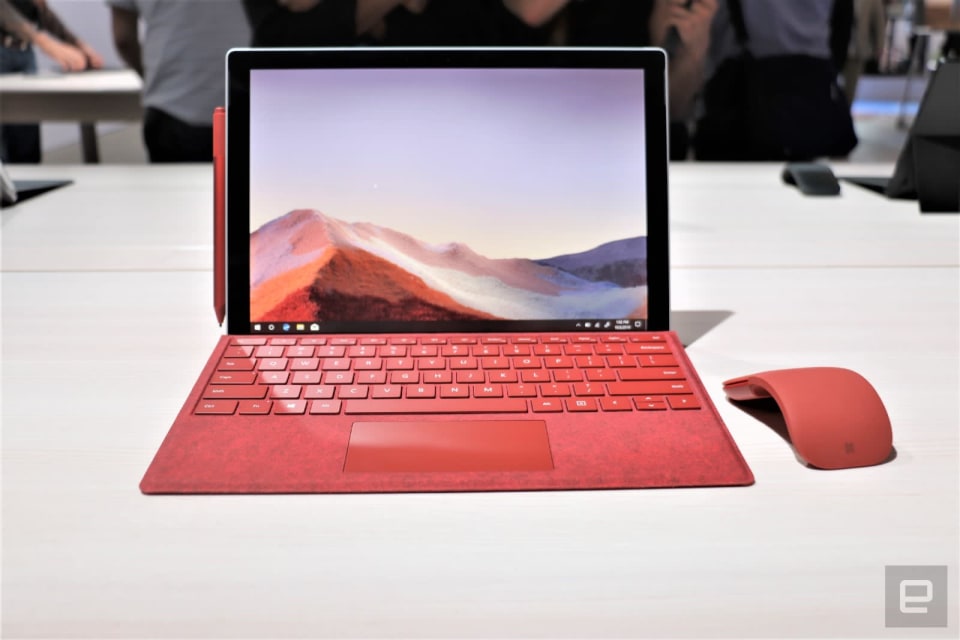 You might have a hard time telling the new Surface Pro 7 and its predecessor apart. Microsoft unveiled its latest 2-in-1 PC today, among a slew of new computers, and most of its updates are under the hood. The two have the same screen size and resolution as well as almost the same dimensions and weight. But there is one big difference. The Surface Pro 7 has a USB-C port. Hurray! 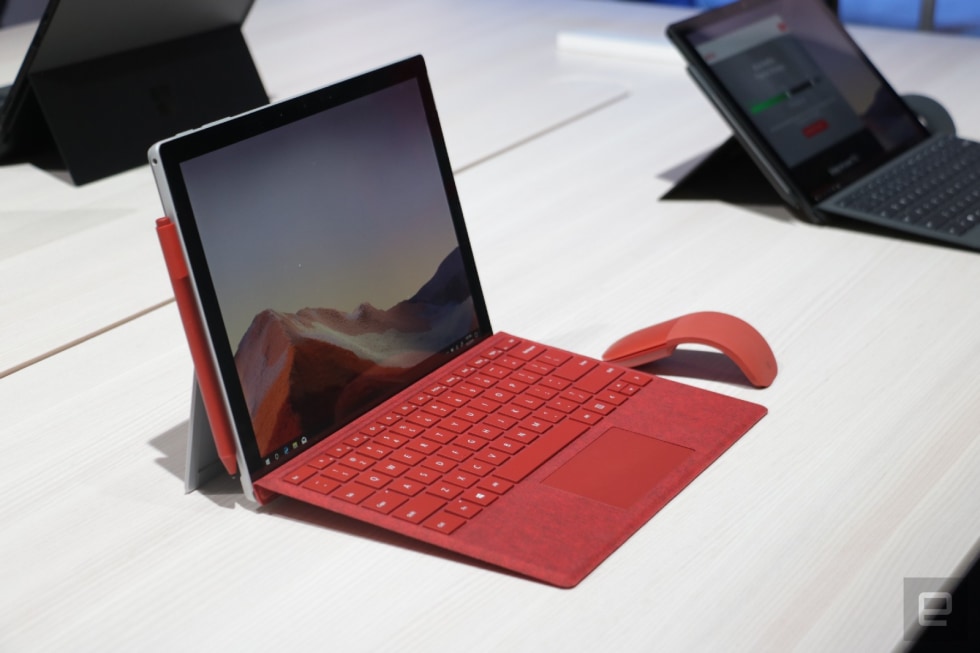 Aside from the new socket, it's really hard to tell the two Surface Pros apart just by looking at them. Even typing on the Pro 7 felt the same as typing on the older model, which is completely reasonable since they use the same Type Cover. If you've used this before, you know what to expect -- ample travel, responsive keys, but an overall plasticky build that feels like it might flex a little.

Some of the improvements here are in the software. For example, if you like editing spreadsheets using a stylus on your Surface Pro 7, you'll be happy to hear that Excel now supports Surface Pen input. You can write directly into cells, and Microsoft's handwriting recognition will convert that into digital text. If you draw a line through a phrase in Word, the system will delete it. This worked surprisingly well on my demo unit, though I had to take care to first enable "Ink Editor" in the editing panel first. I drew a line through two words I had typed out and they were quickly deleted. 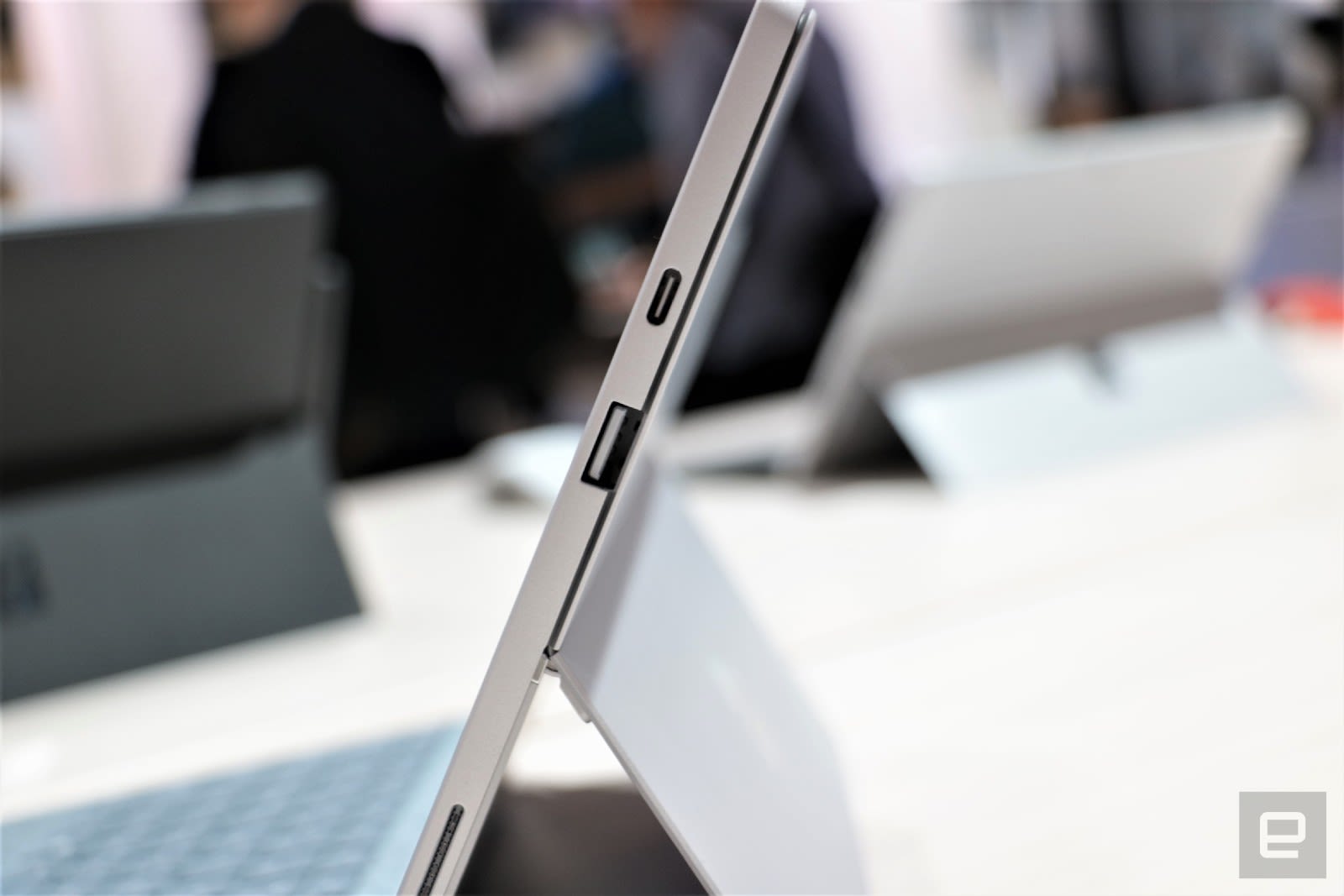 I have to imagine these pen-based features aren't exclusive to the Pro 7 and will come to all touchscreen devices or at least the Surface Pro line. Like the Laptop 3, the Pro 7 has studio mics built in so it can better pick up what you're saying on your conference call or the voice commands you shout at Cortana (if you use Microsoft's assistant, anyway). This didn't work that well here at the noisy demo area -- Cortana understood when I asked for the weather, displaying my results. But then a loud vlogger came up and started rattling off narration for a video next to me. Then when I said "What's the time in Frankfurt?" the Surface Pro 7 heard "What's time Dallas rank" instead.

And that's pretty much it for the Pro 7. It'll come with tenth-generation Intel Core i3, i5 and i7 processors, and start at a lower $749 than its predecessor's $899 base price. There are more memory and graphics options than before though, so you might get a lower-spec option at the Pro 7's entry-level (the Pro 6 starts with a Core i5 CPU).

Microsoft promises up to 10.5 hours of battery on the Pro 7, and considering the older model clocked an impressive 15 hours on our test last year, I have high hopes for the new version to do well. The Surface Pro 7 is available from October 22nd, so there's some time before you have to decide if you want to upgrade.

In this article: gadgetry, gadgets, gear, microsoft, personal computing, personalcomputing, Surface Pro, surface pro 7, surface2019
All products recommended by Engadget are selected by our editorial team, independent of our parent company. Some of our stories include affiliate links. If you buy something through one of these links, we may earn an affiliate commission.