It also gained the processor and more rugged body from the A7R IV.

Most photographers loved the speed of Sony's full-frame A9, but were less fond of the handling and durability. With today's launch of the Alpha A9 II full-frame mirrorless camera, Sony has addressed a lot of those issues. It has the same unbeatable shooting speeds as before, but is more rugged and weatherproof thanks to a new, anti-shock shutter and better seals and covers. At the same time, a redesigned grip makes it easier to handle, especially if you're shooting for hours with a long telephoto lens.

The A9 II keeps the same 24.2-megapixel Exmor RS CMOS sensor as the last model, and delivers the same shooting speeds: 10 fps with the mechanical shutter and 20 fps (blackout free) with the electronic shutter. (The latter speed is double what the impressive new A7R IV can do.) The A9 II also has the same 693 phase-detection AF points that cover 93 percent of the sensor, along with 425 contrast-detect points.

What's new is the Bionz X processor and AI tech that we first saw on the Sony's A6400. It can handle 60 continuous autofocus and auto-exposure calculations per second, so the A9 II can nail focus more quickly than before -- and the original A9 was already an incredible AF sniper. Sony's face-, eye- and animal-detect system is also faster and more accurate, and Sony said that the new system would perform especially well for sports and photojournalism. 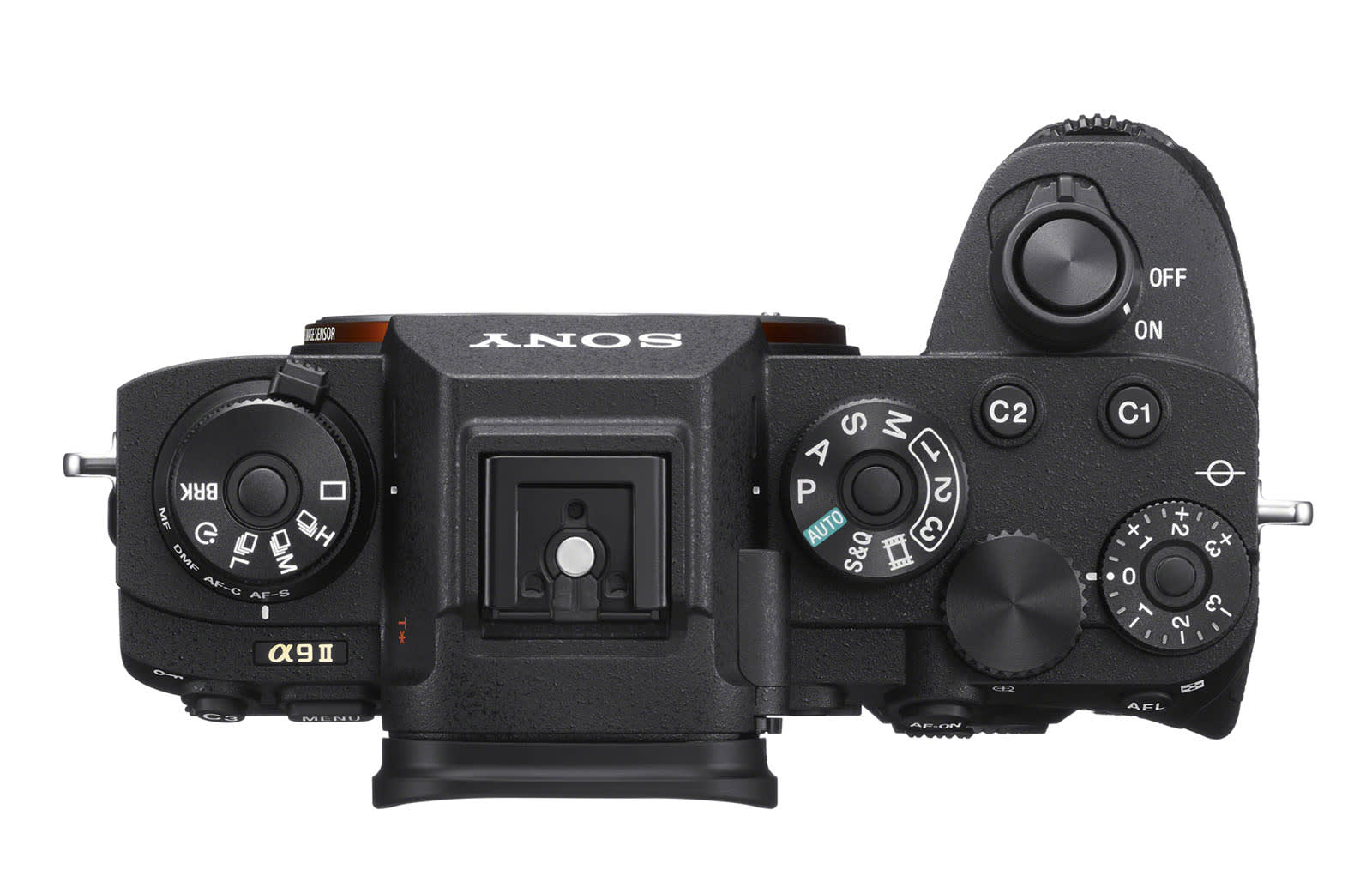 The A9 II borrowed liberally from the A7R IV, adopting its 5-axis in-body stabilization system that delivers up to 5.5 stops of shake reduction, along with the control layout, improved dials and grippier joystick. However, Sony didn't borrow the A7R IV's ultra-sharp 5.76-million-dot UXGA OLED viewfinder. Rather, it kept the quad-VGA, 3,686K dot OLED EVF from the last model to maximize speed and keep shooting blackout free -- a must for action photography, Sony said.

On the video side, the A9 II can handle 4K with a full sensor readout, much as the last model and the A7 III can. So, you can expect very crisp 4K video, but only with 8-bit, rather than 10-bit resolution. The S-Log2 and S-Log3 options from the A7R IV aren't available on the A9 II, either.

It also packs Sony's Multi Interface Shoe, a digital interface that lets you hook up Sony's ECM-B1M shotgun mic or XLR-K3M XLS adapter kit for improved audio quality. On the connection side, the A9 II is rather unique in having an ethernet adapter to enable remote shooting, along with USB Type C 3.2, HDMI and microphone/headphone jacks. 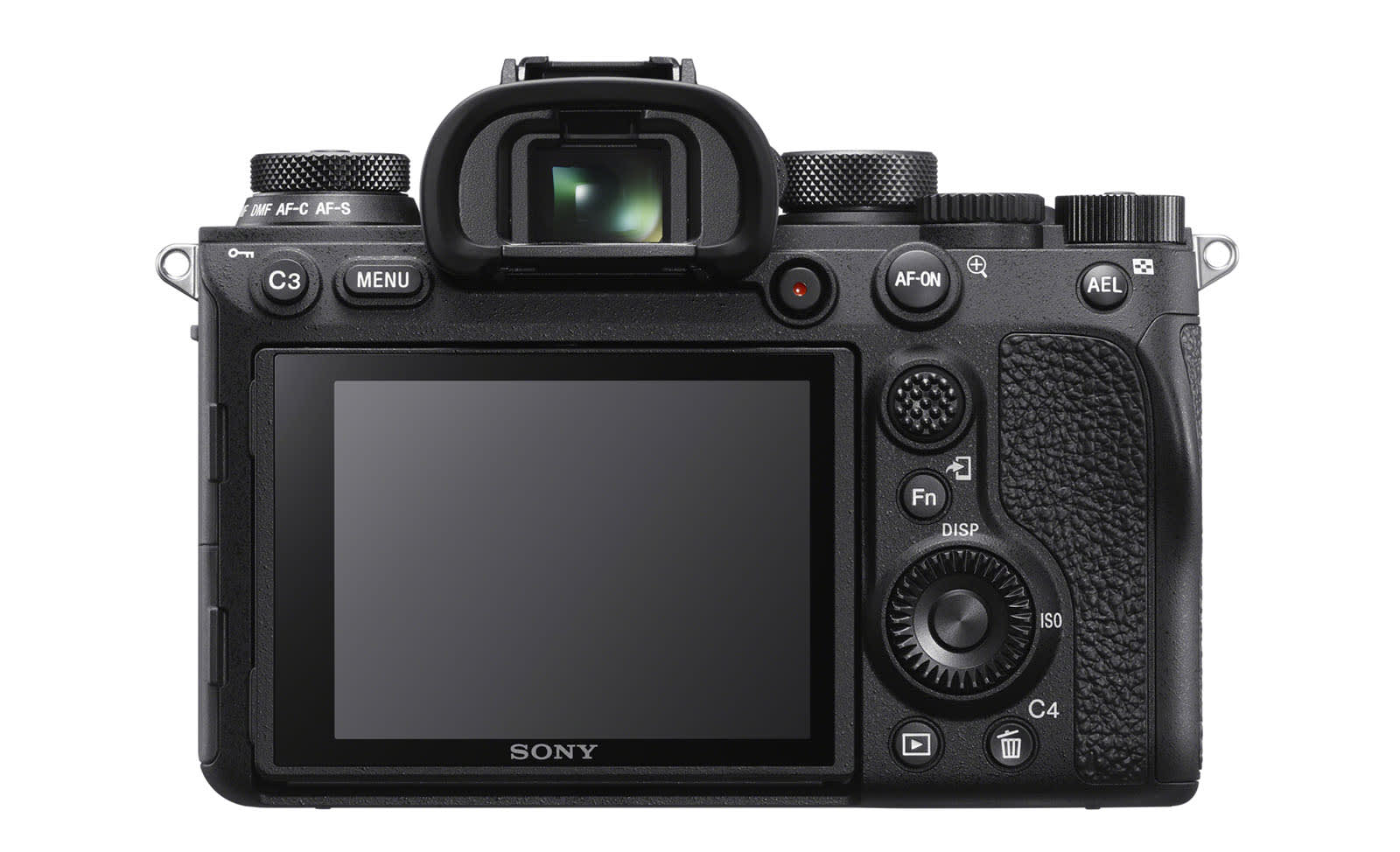 The A9 II has the same high-capacity Z-series battery as the last model, but it can capture 500 or 690 shots with and without the EVF, a slight improvement from before. In the real world, Sony told Engadget that photographers can often capture thousands of shots on a single charge. If even that's not enough, the optional VG-C4EM vertical grip gives you two extra batteries. Thankfully, Sony now has two UHS-II high-speed card slots, rather than one UHS-II and a slower UHS-I slot as before.

With all the changes, the A9 II is faster, tougher and easier to handle, making it more useful for pro photographers. And with a $4,500 price tag (body only), that's exactly who it's aimed at. It will be available in the US sometime in November 2019.