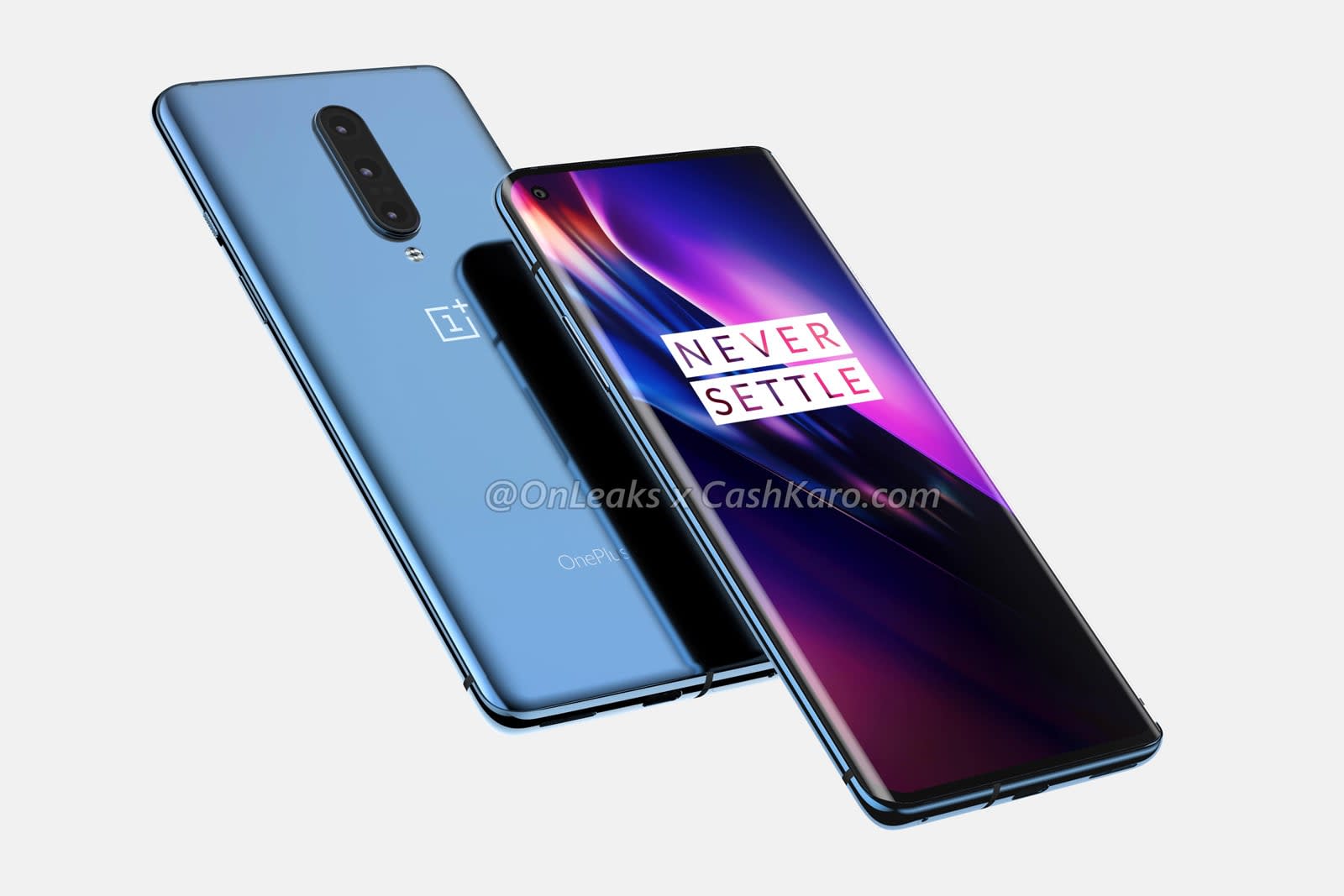 The OnePlus 7T isn't even shipping yet, but that isn't stopping leaks about its inevitable sequel. Well-known tipster OnLeaks and CashKaro have posted what they say are renders of the OnePlus 8 based on schematics from a "company insider." The design suggests OnePlus is going back to a more conventional design on the back, but that it'll make some potentially welcome changes everywhere else. The 8 would have a roughly 6.5-inch curved display with a hole-punch spot for the camera, rather than the notch of the 7T or the pop-up selfie cam of the 7 Pro. It certainly wouldn't be the most original design, but it might represent an aesthetic upgrade from the 'plain' 7T.

The leak doesn't say much about the phone's purported innards, but there would be one major and arguably overdue addition: wireless charging. OnePlus has skipped the technology so far in favor of its speedy wired solution, but competitive pressure might have forced its hand. It's also reasonable to suspect that the 8 will have up-to-the-minute specs, such as the newest available Snapdragon chip (865, perhaps?).

It's far too early to know the release date for the OnePlus 8, but history suggests you'll see it about half a year from now. Given the 6.5-inch size, we also wouldn't be surprised to see a larger, more powerful 8 Pro around the same time. The question is whether or not OnePlus will have more than wireless charging and a speed bump to reel in buyers. There are still a few key shortcomings in the 7 series, particularly in camera performance, and many people will likely be waiting to see if OnePlus can finally go toe-to-toe with the better camera phones on the market.

In this article: android, gear, leak, mobile, oneplus, oneplus 8, onleaks, smartphone
All products recommended by Engadget are selected by our editorial team, independent of our parent company. Some of our stories include affiliate links. If you buy something through one of these links, we may earn an affiliate commission.