The tablet also includes a new processor and picture-in-picture support.

Amazon has just updated its most popular tablet with new internals. The company's latest Fire HD 10 tablet features a new octa-core processor clocked at 2.0GHz that's supported by 2GB of RAM. Amazon claims the updated processor makes the new Fire HD 10 30 percent faster than its predecessor. When it becomes available later this month, you'll be able to buy the Fire HD 10 in two configurations, outfitting the device with either 32GB or 64GB of internal storage. The two models will be priced at $149.99 and $189.99 respectively. If that's not enough space, you can add up to 512GB of additional storage with a microSD card. Other notable hardware features include built-in Dolby Atmos support and WiFi 802.11ac connectivity.

Amazon claims about 12 hours of mixed use on the new model. When it comes time to charge the device, the company has finally added USB-C connectivity. The Fire 10 HD comes with a 9W power adapter that will charge the tablet to full in approximately four hours. The company will sell a 15W adapter separately that will charge the tablet in three hours. On the software front, Amazon is adding picture-in-picture support to Fire OS -- allowing you to watch a video while browsing, for example.

You can pre-order the new Fire HD 10 starting today, and it will launch on October 30th. It's available in four colors: plum, twilight blue, black and white. Amazon will also offer cases for $39.99 in five different colors: plum, twilight blue, charcoal black, sandstone white and sage. People who pre-order the Fire HD 10 before October 30th will get a free copy of Minecraft. 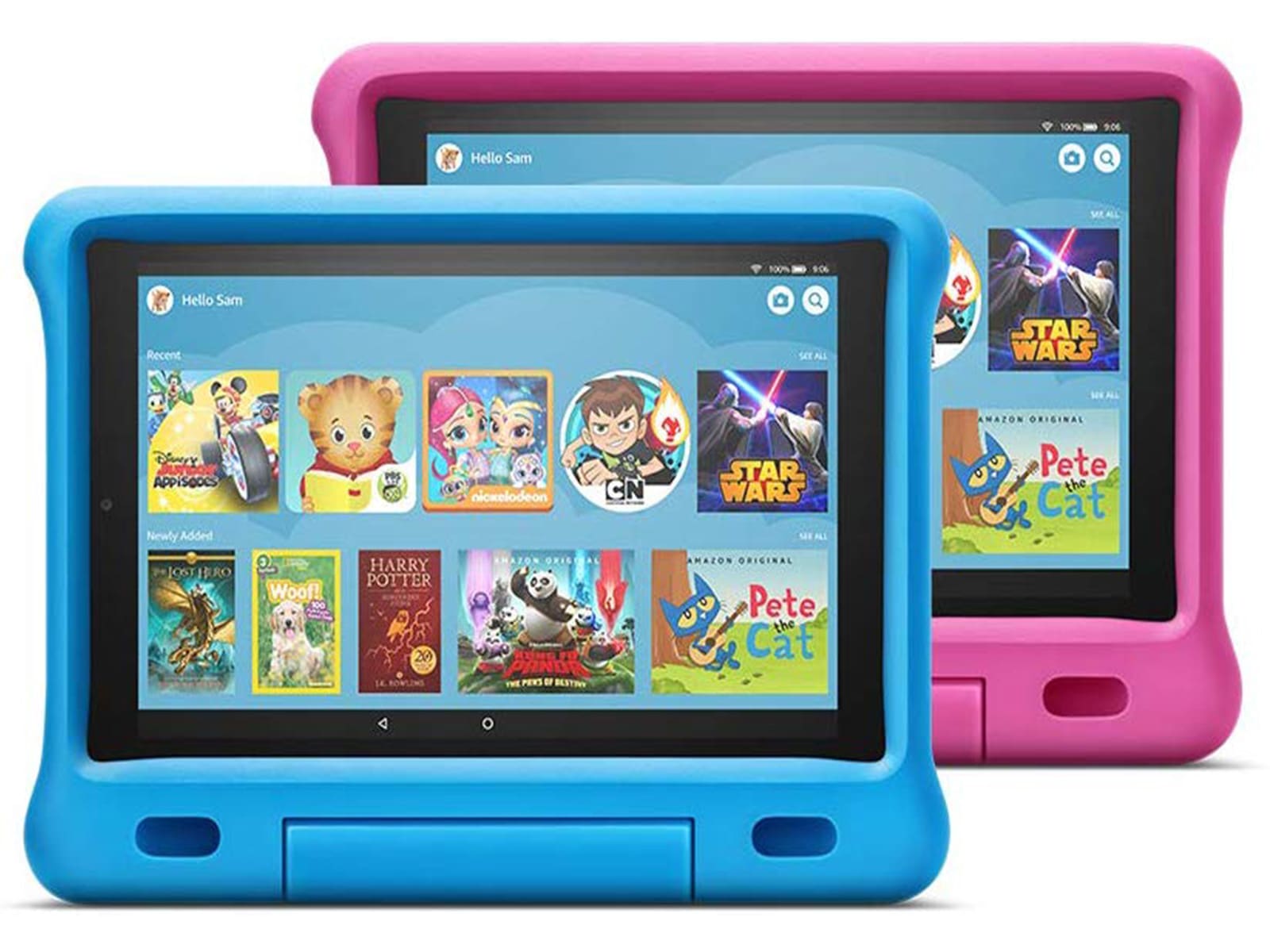 Like the Fire HD 10, the Kids Edition model is available to pre-order today, and will ship on October 30th. You can buy the Kids Edition in three different colors: blue, pink or purple. With the extra guarantee and included subscription, the 32GB Kids Edition Fire HD 10 costs $199. However, if you buy two Fire HD 10 Kids Edition tablets at the same time, Amazon will give you a $50 discount on the total price of the two devices.

In one last piece of kids-focused news, Amazon also announced today that it's bringing FreeTime Unlimited and its FreeTime app to a variety of Fire TV devices. The FreeTime app allows parents to manage their kids' screentime, in addition to adding age restrictions and removing content. FreeTime is available on the second-generation Fire TV Stick, Fire TV Stick 4K, as well as first and second-generation Fire TVs. The company also plans to bring the app to select Fire TV Edition smart televisions.

All products recommended by Engadget are selected by our editorial team, independent of our parent company. Some of our stories include affiliate links. If you buy something through one of these links, we may earn an affiliate commission. All prices are correct at the time of publishing.
Amazon's latest Fire HD 10 tablet finally has a USB-C port
amazon
Fire HD 10
Fire HD 10 Kids Edition
fire os
Fire TV
FreeTime
FreeTime Unlimited
gadgetry
gadgets
gear
mobile
tablets