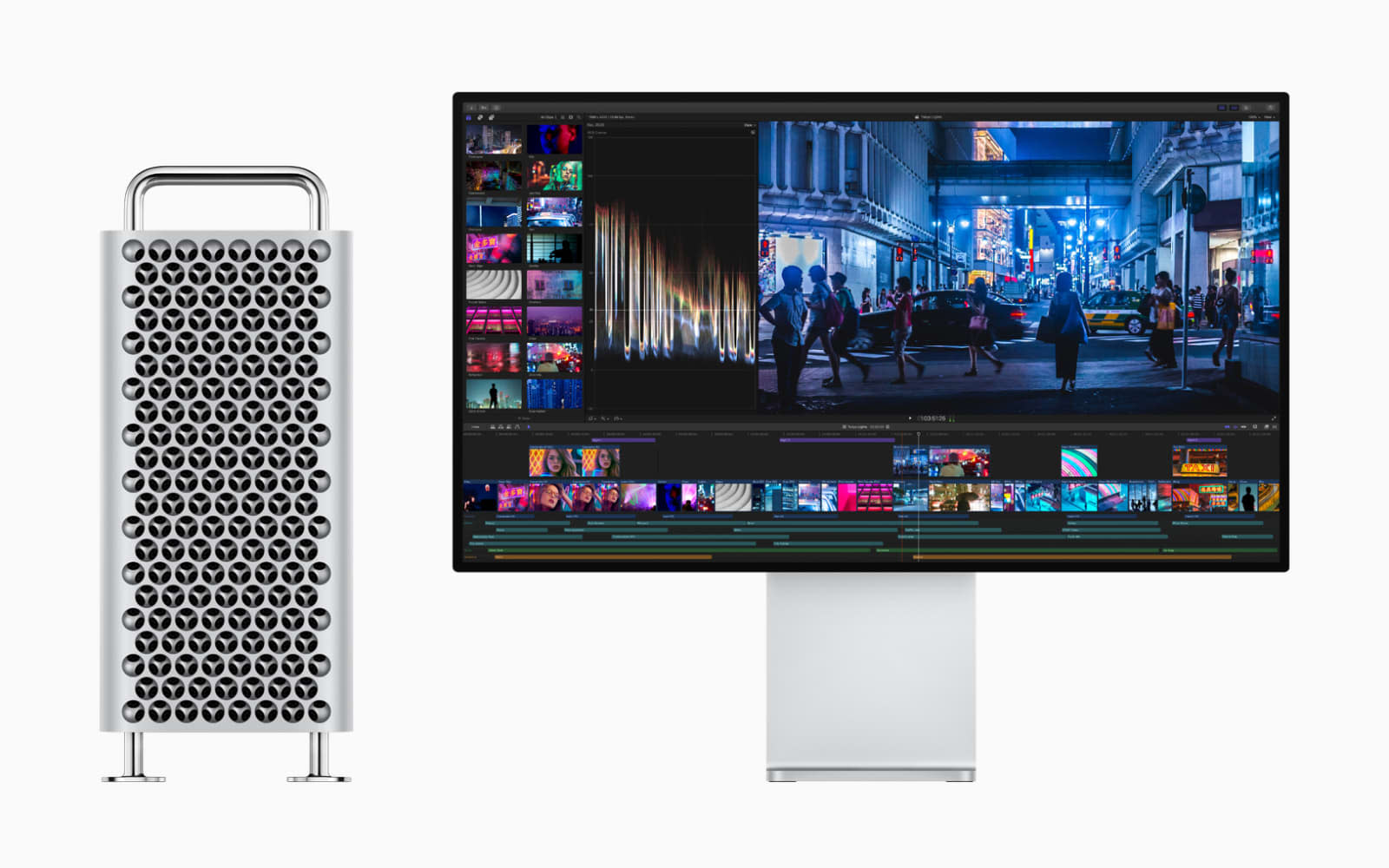 On the new Mac Pro, the updated Final Cut Pro X offers support for multiple GPUs and up to 28 CPU cores. Apple says that translates to rendering that's up to 2.9 times faster and transcoding that's up to 3.2 times faster than on the previous-generation 12-core Mac Pro. With the Pro Display XDR, Final Cut Pro users will be able to view, edit, grade and deliver video with 1,000 nits of full screen sustained brightness, 1,600 nits peak brightness and a 1,000,000:1 contrast ratio. They'll also be able to take advantage of Apple's Afterburner hardware to play up to 16 streams of 4K video or work in 8K resolution with support for up to three streams of 8K ProRes RAW video.

As part of the Final Cut Pro 10.4.7 update, the companion apps Motion and Compressor are also getting Metal upgrades, including improved playback and accelerated graphics. All of the app updates are free to existing users and available today.

In this article: apple, compressor, cpu, final cut pro, final cut pro x, gear, gpus, graphics, mac pro, macbook pro, metal, motion, personal computing, personalcomputing, pro display xdr, rendering, update
All products recommended by Engadget are selected by our editorial team, independent of our parent company. Some of our stories include affiliate links. If you buy something through one of these links, we may earn an affiliate commission.