The tech-literate might think we're impervious to phishing scams, but even the best of us get fooled once in a while. Fraudsters are constantly getting better at using email to impersonate friends, coworkers and big brands to obtain people's personal information and passwords. As a measure against these cons, Instagram's new security feature adds a list of official emails the company has sent to the app's security tab, letting users double check whether an email they've received is from the company or a scammer. 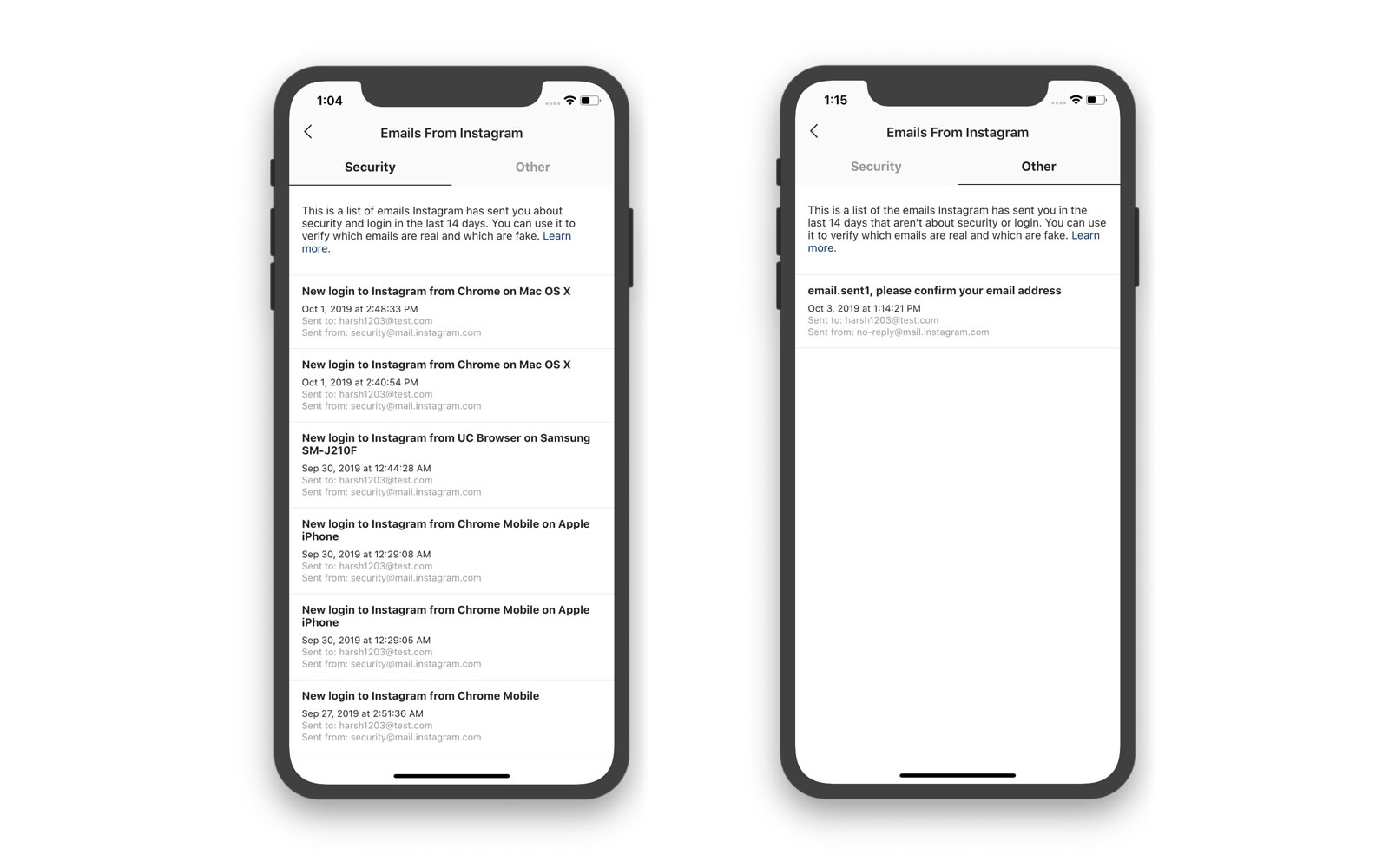 The list displays security-related emails that instagram has sent within the past two weeks. A secondary tab lists emails that aren't security-related, such as announcements about new features or direct message notifications. If you received an email from Instagram with a subject prompting you to change your password, for example, you could open up the app, check to see if that email is listed in the security tab, and then either delete it or read it depending on if it's a genuine message.

It's encouraging to see social media companies embracing increased levels of security. However, most problems come from data breaches and bugs rather than phishing scams. Earlier this year, third parties exposed the data of 540 million Facebook users. Last year, Twitter urged all of its users to change their passwords after every login credential was accidentally converted from a hashed code into easily readable plain text. At least with measures against phishing like this Instagram feature, more users can take their accounts' security into their own hands.

Turn on browser notifications to receive breaking news alerts from Engadget
You can disable notifications at any time in your settings menu.
Not now
All products recommended by Engadget are selected by our editorial team, independent of our parent company. Some of our stories include affiliate links. If you buy something through one of these links, we may earn an affiliate commission. All prices are correct at the time of publishing.
Instagram is helping users avoid phishing scams
facebook
instagram
mobile
phishing
security
social