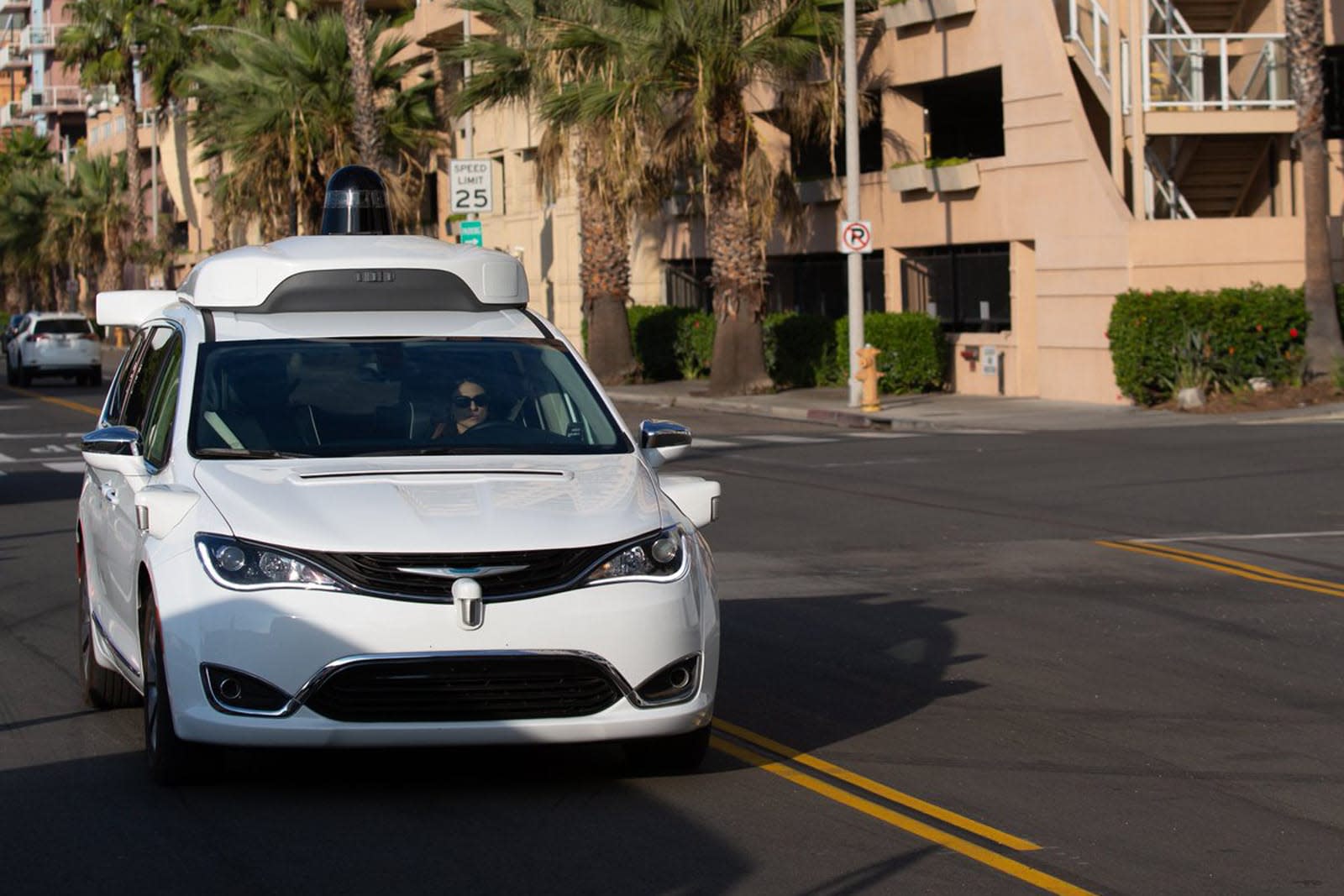 Waymo might just expand its self-driving car service to southern California... eventually. The Alphabet company's cars will start mapping some Los Angeles streets this week to explore the possibility of fitting autonomous vehicles into the city's "dynamic transportation environment." The firm told Engadget that its initial effort will be limited to three cars in the downtown area and the Miracle Mile, but that still raise the possibility of seeing a modified Pacifica cruising down the boulevard.

The company stressed that this isn't a definitive sign that Waymo One or similar driverless services are coming to LA. Rather, this is to gauge the viability of introducing services "one day."

It's still a major milestone for the city. While LA has been open to self-driving initiatives, it's not really a hub for them -- you have to travel to the San Francisco Bay Area if you want that in California. This could open the door to robotic vehicles roaming the City of Angels, whether it's Waymo's or competitors eager to beat Waymo to market. Whether or not it's feasible is another matter. LA might be friendlier to cars than San Francisco, but it's still sprawling and full of challenging environments.

Starting this week, Angelenos might catch a glimpse of Waymo's cars on the streets of LA! Our cars will be in town exploring how Waymo's tech might fit into LA's dynamic transportation environment and complement the City's innovative approach to transportation. pic.twitter.com/REHfxrxqdL

In this article: autonomous, gear, google, los angeles, mapping, self-driving, self-driving car, transportation, waymo, waymo one
All products recommended by Engadget are selected by our editorial team, independent of our parent company. Some of our stories include affiliate links. If you buy something through one of these links, we may earn an affiliate commission.