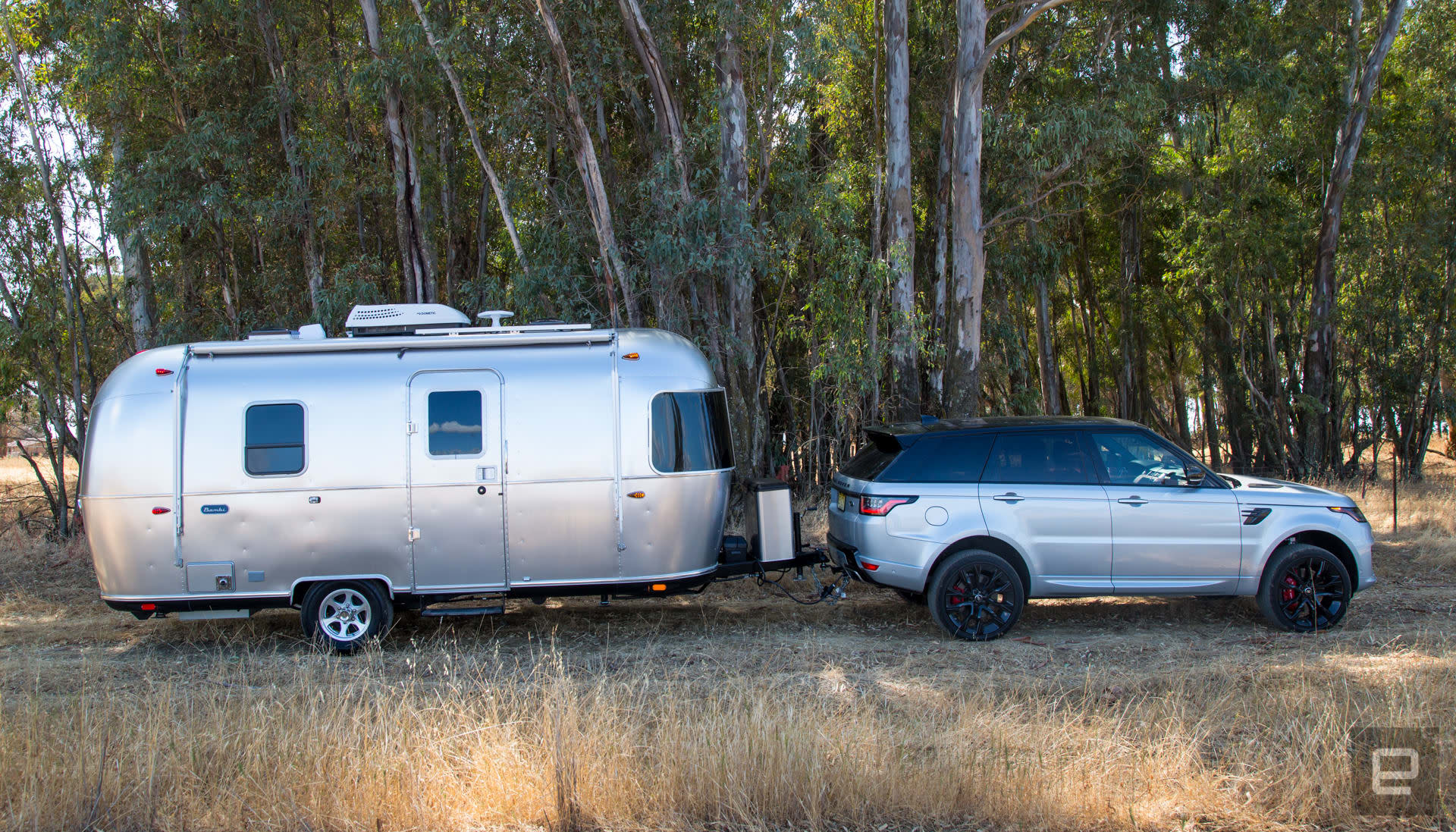 Airstream Bambi: Keep connected while off the grid

But it’s still gonna cost you a pretty penny.

Our connected lives can be overwhelming. A constant stream of notifications, horrifying news and, seriously, why hasn't your latest Instagram post of your cat not broken 10 likes? It's information overload and the remedy is the alluring pull of the great outdoors.

Just because you want to unplug doesn't mean you want to sleep on the ground. That's where travel trailers come in, and the most iconic of these is the Airstream. A gleaming aluminum piece of American history that puts you outside without always having to be outside. The company's latest offering is a small single-axle beauty called the Bambi. It's an entry-level Airstream that should work for anyone dipping their toe into the nomad lifestyle. But even at its small size, it's gonna cost you.

The Bambi moniker was originally a nickname for small single-axle trailers from Airstream. The company liked the name so much that it started a lineup of vehicles starting at $48,900; sizes range from 16 to 22 feet long, and there are four floor plans to choose from.

Airstream sent me the 20-foot version, and while I was a fan of the 16-foot Nest we reviewed last year, that extra 4 feet really does make a difference. For one thing, that extra space translates into an additional sleeping area -- if you can fit into it.

At the front of the trailer is the main bed that's far more comfortable than an air mattress but might fall short of the comfort level of your home mattress. You can have custom mattresses fitted to your Airstream from third parties, but I think most folks will be fine with the default sleeping situation.

That other bed requires you to break down the vehicle's table and use seat cushions as a mattress. The comfort level isn't great. It's a bit firmer than I like but I was able to sleep throughout the night. The biggest issue is space. If you're tall, you'll have to sleep diagonally, and even then your feet will hang off.

Airstream says the Bambi will sleep four. That's true if two of those humans are either children or are folks on the shorter side. For couples with a couple of rugrats, you'll be golden. For a couples' retreat, get out the measuring tape.

While you're out and about (and not asleep), the Bambi brings many of the comforts of home, including a propane stovetop, fridge, microwave, stereo, toilet and shower. Each of these offers varying levels of homey-ness, but one of the best features is how the fridge works.

While in transit a refrigerator typically loses access to power. The trailer isn't plugged in (because you're moving) and it's not a good idea to leave the trailer's battery power on while driving. Fortunately, the icebox can be powered by the vehicle that's towing it. The power that's being used for the trailer's lights is also directed to the fridge keeping your perishables from, well, perishing.

It seems like a little thing, but it means you don't have to drag along an additional cooler or buy ice between campgrounds. That's pretty much the deal with Airstreams. Sure, they have the iconic rounded aluminum exteriors and the interiors are cleverly packed with features, but it's the little things that set them apart from the pack.

For example, the USB port placement. Yes, you're not supposed to look at your phone while in bed, but we all do and two ports are situated next to the main bed so you can get your tech fix in. The table? It also has two ports. And that stereo, it has two ports adjacent to it too, so while your phone is connected and pushing out the tunes, it doesn't die.

Because space is at a premium, the propane stove has a handy cover so you don't lose any of the counter when you're not cooking, and if you're the type of person who likes to grill outdoors, the two propane tanks at the front of the trailer have a plug for an outdoor grill. Again, so you don't drag another item (in this case a propane tank) on your outdoor adventures.

The outside of the trailer also has an additional shower which is great for surfers or anyone who's gotten dirty during a hike and would rather hose off before getting in their $50,000 trailer.

The interior shower had adequate water pressure and the water heater was good for 1.5 sessions of steamy goodness. But, if you're over 6 feet tall, be prepared to hit your head on the ceiling. To reduce that, the shower molding has a seat. It's weird until you realize that sitting down while taking a shower is actually kind of nice.

But conservation is still the name of the game. You have to make sure that you use the showerhead's on-and-off switch. If the Bambi isn't hooked up to a water supply, you can deplete your tank quickly if you're not careful. During my tests, two showers and washing dishes ate up about 65 percent of the tank.

When you're smart with the battery, it should last you a few days. In addition to wall switches, each individual light can be turned on and off. So you can potentially have a light switch that turns on only a single bulb instead of four.

If you really want to go off the grid, the Bambi line is pre-wired for solar panels.

Of course, going off-line can really only last for so long. Sure, you need a break, but you also need to upload those sweet Instagram pics of your new travel trailer. For those of us who still need at least a trickle of information, Airstream has teamed up with AT&T for Airstream Connect, a data plan that supplies 5GB of data a month for $25 or unlimited data for $360 a year. In addition to a barrage of zeros and ones, the companion app can also be used to locate the Airstream via GPS. So if you happen to get lost while hiking, you can use it to find your home away from home. I was able to test the WiFi, but not the GPS feature during my time with the Bambi. Turns out you need the VIN to set up an account, and I didn't have access to that information.

Even without the opportunity to track the trailer, the Bambi continues Airstream's tradition of producing beautiful travel trailers that offer up a little something extra while you venture off the beaten path. The price is really the biggest issue. While Airstreams do have a better resale value, a $50,000 investment in glamping is a bit much for most folks unless they are readying themselves for a lifestyle change.

You can drop a larger chunk of change on an Airstream that's much larger and therefore harder to tow (and park). That's where the Bambi shines: It's an entry-level aluminum-wrapped piece of Americana that turns heads while keeping you comfortable in your quest to escape the grid for a few days.