It's all about what you don't see.

Despite years of trade show demonstrations, we haven't seen jaw-dropping transparent OLED screens put to much practical use. If others won't use the tech, then LG will have to make an example itself, which will be visible to the public this month in the famous show windows of Harrods in Hans Crescent. 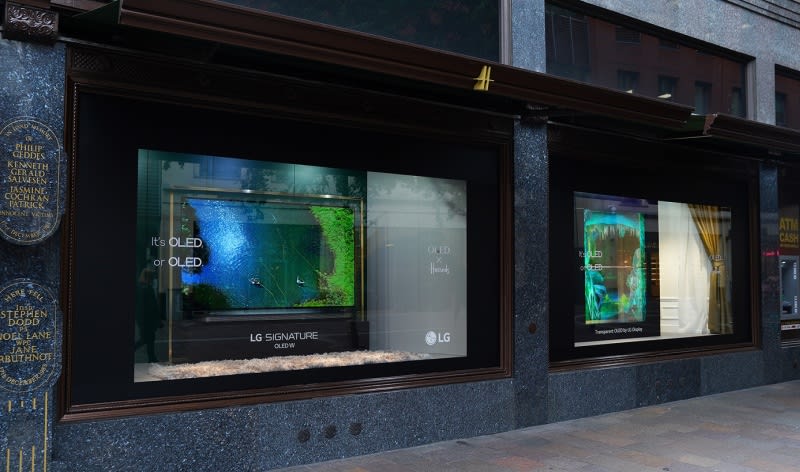 They're best seen here if you can't make a London trip to gawk at the clear 55-inch displays between October 7th and 28th. Beyond their use as attention-grabbing commercial displays straight out of a futuristic movie, LG and Harrod's are also teaming up to highlight the latest OLED TV models, all of which feature the Korean company's panels.

We've seen a few implementations of see-through LCD technology in refrigerators and other items, and in theory OLED should be even better with its individually-backlit pixels. However, just as we've seen in TVs for the home, prices for OLED haven't quite dropped to match LCD and that's probably just as much of a reason why these exhibitions are still so few and far between.