Greenhouse features curated collaborations from both indie and major brands.

Whenever you think of Foot Locker, what probably comes to mind are its thousands of brick-and-mortar stores, because chances are you've visited at least one in your lifetime. But, as important as physical retail locations are to the company's business, Foot Locker is also having to quickly adapt to the new ways people are shopping for sneakers, apparel and other types of gear. That's why back in February it invested $100 million in GOAT, one of the most popular apps for buying shoes on the resale market. And now, it is creating its own incubator called Greenhouse, which has just launched an app that Foot Locker says will feature carefully curated partnerships that are going to "contribute to [its] modern resurgence."

While Greenhouse is going to live under the Foot Locker umbrella, it will operate as a separate unit from the retailer. In the Greenhouse app, you'll rarely come across any Foot Locker branding, and that's by design. The company wants Greenhouse to feel like a completely fresh experience for consumers, one that's influenced by the "drop" culture that's flamed the sneakerhead, streetwear and hypebeast communities. In other words, the apparel, footwear, art and other products Greenhouse makes for men, women and kids will only be available on its app (at least at first), and there will be drops every 1-2 weeks. 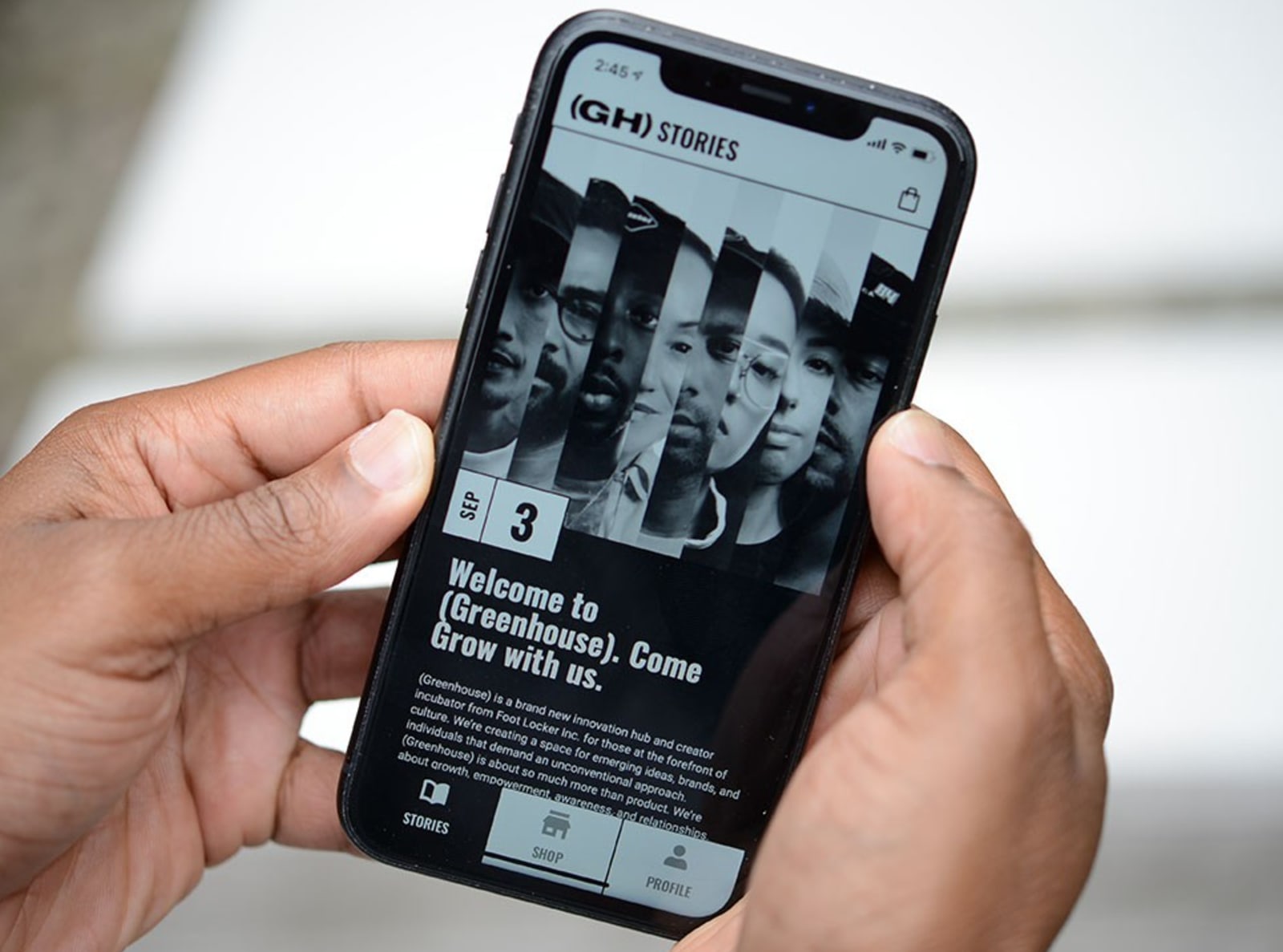 Aside from working on collaborations with brands such as Public School, VFiles, Alife and Diet Starts Monday, which are known in the streetwear space, Greenhouse's lead Mel Peralta told Engadget that the goal is also to work with lesser known designers, artists and creators. "For us, we're not a product allocation engine, we're a product creation hub," he said. "So everything you're seeing on the Greenhouse app is stuff that we had a hand in co-creating in some way, shape or form." Peralta added that what Foot Locker hopes to accomplish with Greenhouse is to keep people from running into the same old products, and instead offer them something unique and not too hard to get.

A perfect example of how Greenhouse plans to execute those ideas is its new collaboration with Adidas, which features three pairs of sneakers created with the sportswear brand's 3D-printing and robot-powered Speedfactory technologies. What's also going to make these models standout is that they were each designed by Hispanic-American artists: M. Tony Peralta, Lucia Hierro and Bryan Avila, all of whom worked on the project in honor of Hispanic Heritage Month. This Adidas x Greenhouse collection is set to hit the Greenhouse app, available for iOS and Android, on October 10th at 9AM ET -- and you can get a sneak peek at the special edition sneakers below.

/7
All products recommended by Engadget are selected by our editorial team, independent of our parent company. Some of our stories include affiliate links. If you buy something through one of these links, we may earn an affiliate commission.