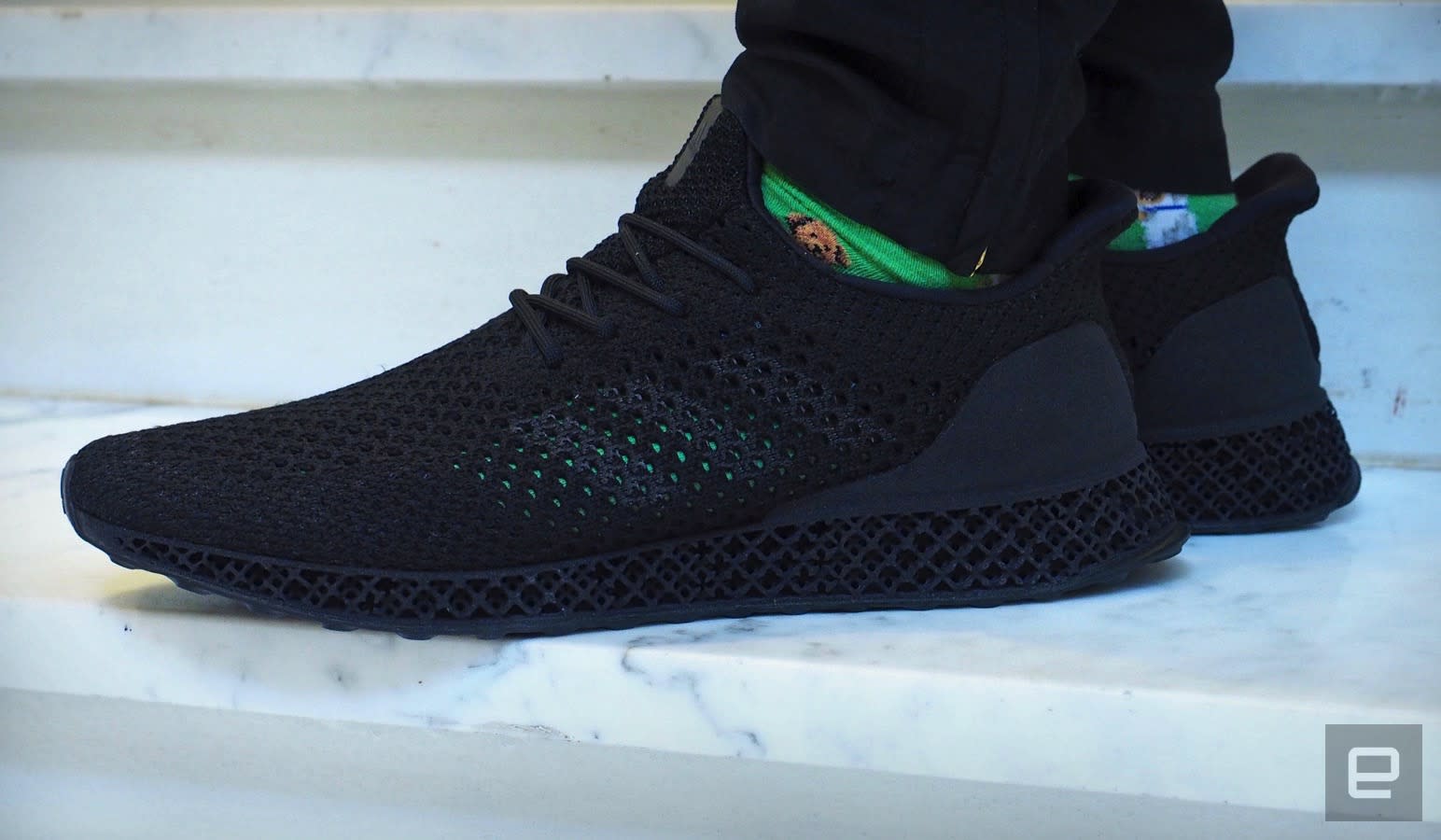 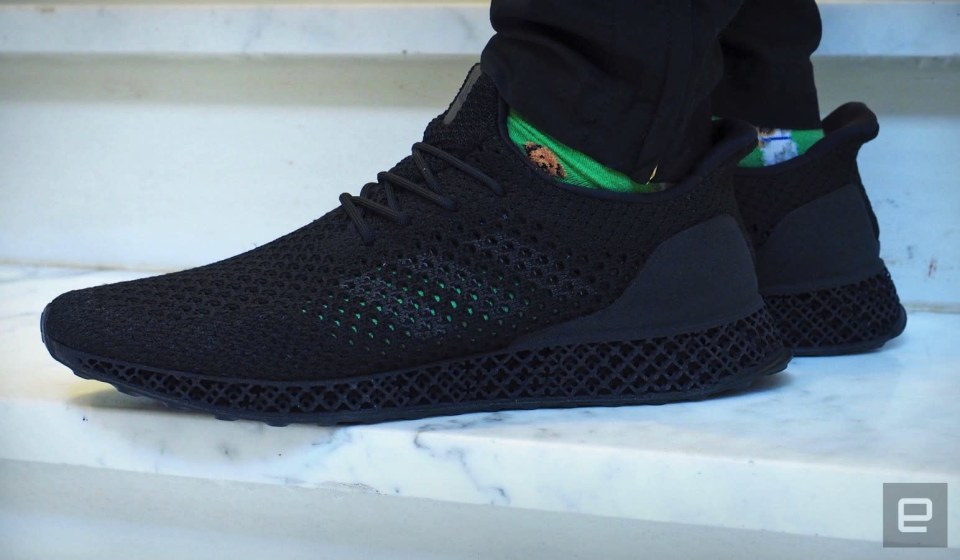 It's hard to believe it was only last year when Adidas revealed its first 3D-printed shoe concept. But the German sportswear giant is moving fast with its Futurecraft project, a collection of innovative footwear that also includes biodegradable sneakers. The latest in this line is the Adidas 3D Runner, which features a midsole and heel tab created from 3D-printing materials. Primeknit, the same fabric used on Three-Stripe models such as the Yeezy and Ultra Boost, makes up most of the rest of the silhouette.

The sleek, all-black shoe was actually made available to people in New York City, London and Tokyo a few days ago for $333, although it was a limited-edition release. Adidas didn't disclose how many pairs were up for grabs exactly, but they're so rare that your only chance to get them now is on eBay or another reseller platform for anywhere between $4,500 and $6,000. That's sneakerhead culture in a nutshell.

Gallery: A first look at the Adidas 3D Runner | 20 Photos I had the chance to try out the 3D Runner and came away fairly impressed, mostly because the shoes were much more comfortable to wear than I expected. I assumed the 3D-printed midsole would make them feel stiff as I walked or took some running strides, but this wasn't the case. The day I tested the sneakers I happened to be wearing an Adidas pair of Ultra Boosts -- which, if you own one, you know it's like having your feet rest on a pillow -- and I didn't get the impression the 3D Runners were much different. The extra-thick insole probably has something to do with that.

I did notice the 3D-printed model was much lighter, though, which was likely thanks to the plastic materials used across the midsole. Adidas says its 3D Runners are designed to be a performance shoe first and foremost, so they can be treated like any other pair. Nike's trying to drive home a similar point with the self-lacing HyperAdapt 1.0 -- which is to say, don't let the tech hold you back from putting these through regular wear and tear.

Unless, of course, you've forgotten that sneakers are meant to be worn and aren't for collecting dust on a pedestal.

In this article: 3dprinted, 3dprinting, 3drunner, adidas, adidas3drunner, culture, design, fashion, footwear, futurecraft, futurecraft3d, gadgetry, gadgets, gear, hands-on, running, shoes, sneakers, wearables
All products recommended by Engadget are selected by our editorial team, independent of our parent company. Some of our stories include affiliate links. If you buy something through one of these links, we may earn an affiliate commission.