‘Red Dead Redemption 2’ on PC will support 4K and HDR

Plus, more horses than you can count.
I. Bonifacic|10.09.19
@igorbonifacic

When Rockstar Games announced last week that Red Dead Redemption 2 is coming to PC on November 5th, the studio said the new release would include a variety of enhancements. Now that game is available to pre-order, Rockstar has detailed those improvements. To start, you can expect support for both 4K and HDR, in addition to support for multi-monitor setups, widescreen resolutions and frame rates above the 30 frames per second the game targeted on consoles.

While it's a bummer PC owners have had to wait a year to play the new Red Dead, the good news is that they'll get to take advantage of all the additional work Rockstar has poured into the title. One good example is HDR. When Red Dead Redemption 2 first came out on consoles, PlayStation 4 and Xbox One owners noticed something strange with the game's HDR implementation. An investigation by Digital Foundry eventually found that Red Dead's HDR mode did mostly nothing. Rockstar later fixed the feature when it released the game's 1.09 patch this past May. 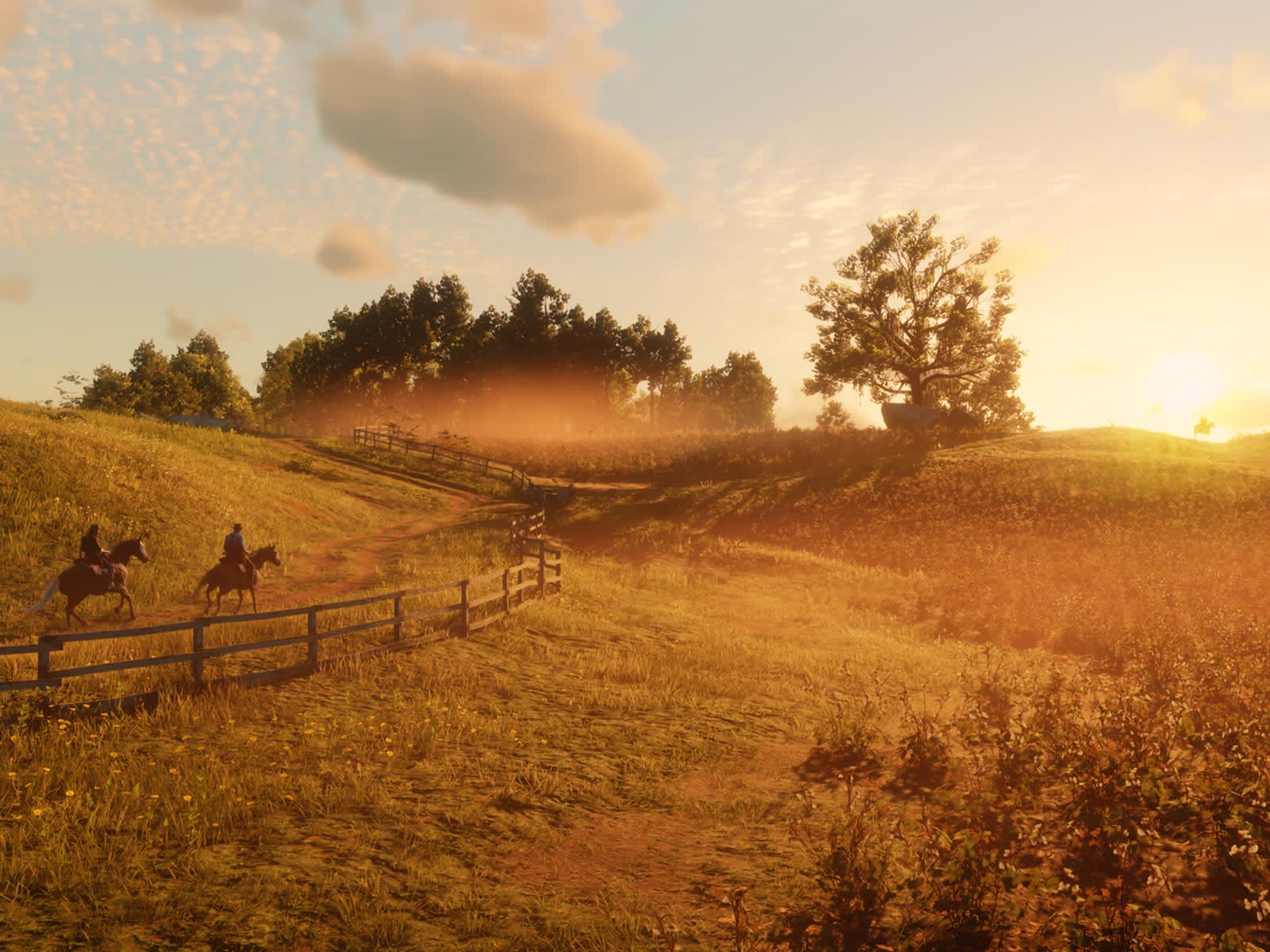 There are smaller graphical enhancements as well (all the screenshots in this article are from the PC release). According to the company, Red Dead Redemption 2 will feature increased draw distances, allowing you to see more of the game world than you can on the console version of the game. Additionally, Rockstar claims both day and night lighting, as well as shadows and reflections, look better. Lastly, plants and animals will look more realistic thanks to improved textures.

Rockstar also listed all the new side activities, horses and items it's adding to the PC release. Highlights include some weapons that were previously exclusive to Red Dead Redemption 2's online multiplayer mode.

To play the game at its minimum settings, you'll need a PC with components that meet the following baseline: an Intel Core i5-2500K or AMD FX-6300 processor, 8GB of RAM, and an Nvidia GTX 770 or AMD R9 280 graphics card. 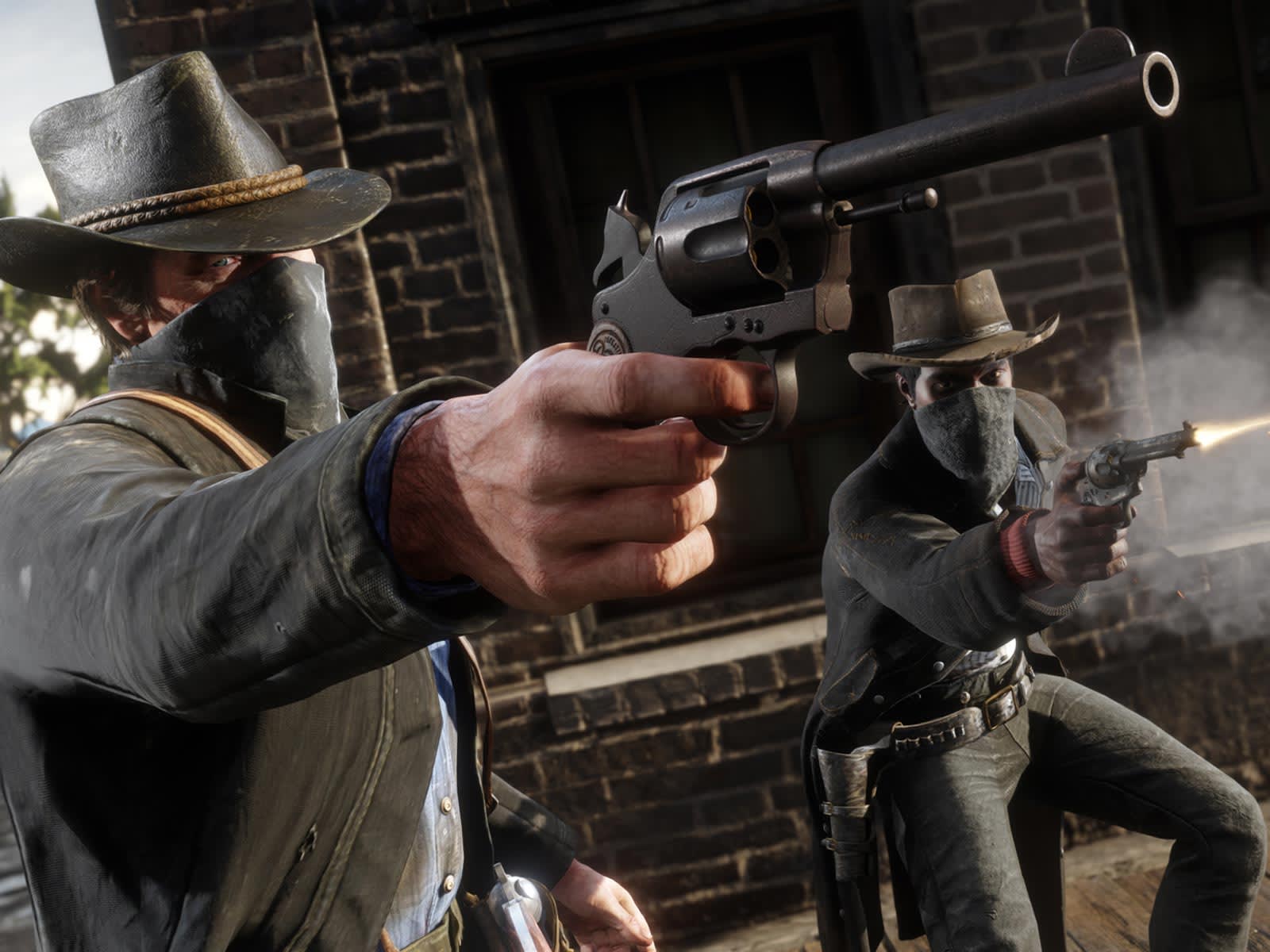 For a smoother experience, Rockstar recommends an Intel Core i7-4770K or AMD Ryzen 5 1500X CPU, 12GB of RAM and an Nvidia GTX 1060 or AMD RX 480 GPU. Whether your PC meets the minimum or recommended specs, you'll also need a massive 150GB of free space to install the game. For the best experience, Rockstar recommends playing the game on Windows 10, though it'll also work with earlier versions of the operating system, including Windows 7. One thing to keep in mind is that Rockstar has specified what kind of experience the recommended spec will deliver. You'll likely need a more powerful setup than the recommended configuration if you plan to play the game at both 4K and 60 frames per second.

Red Dead Redemption 2 is available to pre-order on the Rockstar Games Launcher starting today. If you pre-order the game directly from Rockstar, you'll get two free games from the studio's back catalog. The game will also come to Steam, but in December instead of November.