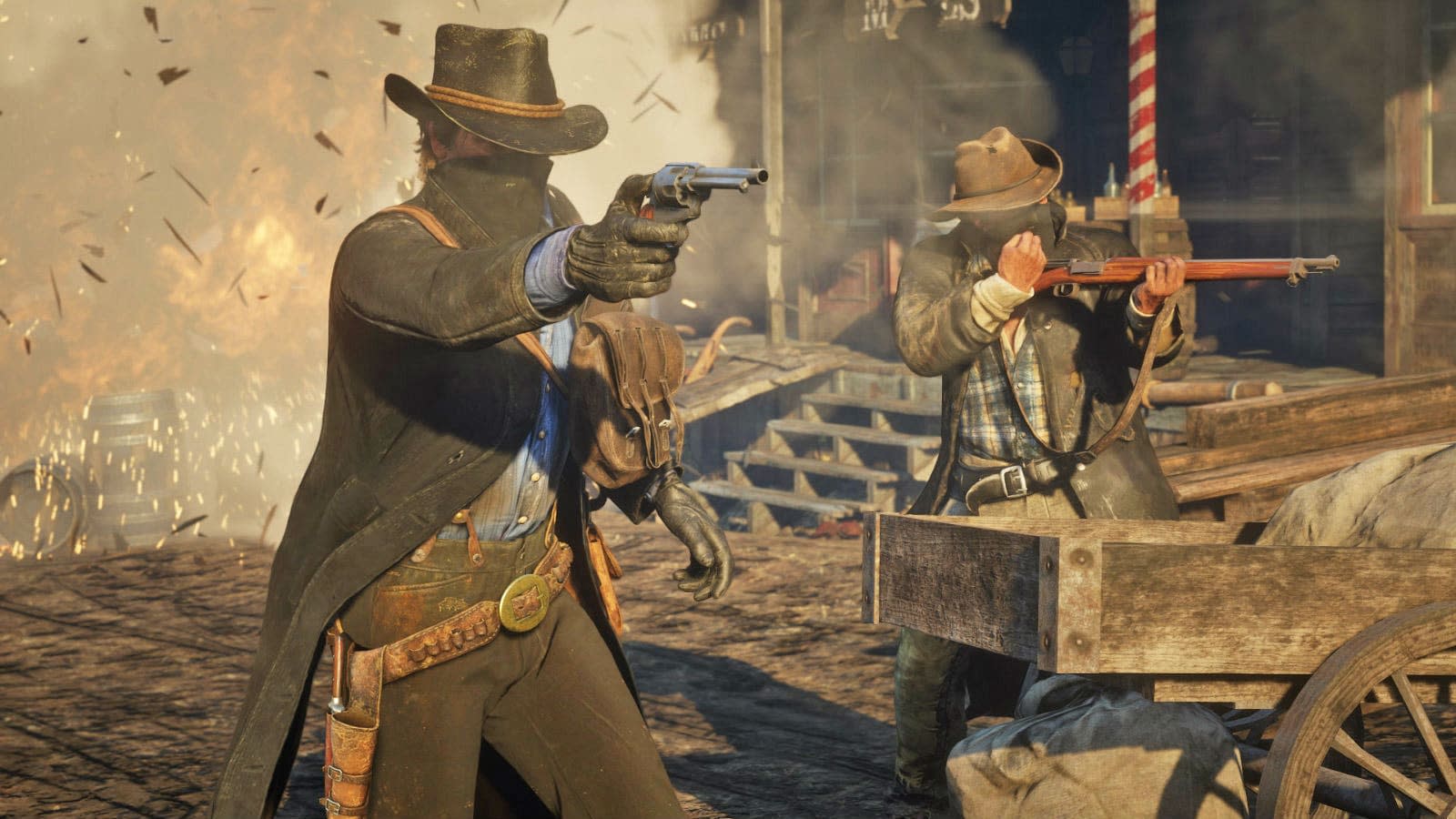 Critics are gushing and it's already breaking records, but now it seems Red Dead Redemption 2 has hit a slight road bump. The problem lies with its high dynamic range (HDR) implementation, which some claim is essentially derived from an upscaled standard dynamic range image, and as a result isn't rendered in HDR. YouTube channel HDTV Test is even recommending switching to SDR for "the best picture quality."

Describing the game's output as "fake HDR," Eurogamer's Adam Fairclough took screenshots from RDR2 and mapped their luminescence, recording it in nits. This level of nits was next converted into colors, with the color of parts of the image tweaked to show the level of luminescence. These colors were then graded on whether they were SDR or higher. Essentially, an SDR part of an image (anything under 100 nits) was shown as grey, while HDR (between 2,000 and 4,000 nits) appeared as pink -- with everything in-between shown as red and orange.

The RDR2 screenshots were mostly a mix of yellow, orange, and gray -- illustrating Fairclough's point that the game's HDR output does little for it. Though, as he points out, this isn't unique to Rockstar's blockbuster sequel, with the Xbox One port of Nier Automata falling prey to the same fault.

But not everyone agrees. Some Redditors have noted that the game's HDR calibration makes for a marked improvement. "[It] gives me a massive amount of control over how dark or bright it gets. The game looks [noticeably worse] without HDR. I'm pretty sure it works at least with my configuration," said u/Travelsnake. Another user, u/BLAQKROXSTAR, said: "Yea I tired turning off HDR because my video clips looked like trash and the game looks horrible without HDR."

We've reached out to Rockstar Games for comment, and will update this article if it responds.

In this article: av, gaming, hdr, reddeadredemption2, RockstarGames
All products recommended by Engadget are selected by our editorial team, independent of our parent company. Some of our stories include affiliate links. If you buy something through one of these links, we may earn an affiliate commission.