The platform's beta version will roll out with the second iteration of Samsung's One UI.

Samsung will soon give Galaxy S10 owners the chance to try Android 10 before the new mobile platform heads to the tech giant's other models. Google rolled out Android 10 in September, but only a few devices can download and install it at the moment -- its availability, as always, depends on phonemakers. In Samsung's case, it says the beta versions of the platform and the company's One UI 2 are "coming soon" to the Galaxy S10, S10+ and their smallest sibling, the S10e, in the US.

Users will be able to take Android 10 for a spin if they're on Sprint or T-Mobile, or if they're rocking an unlocked phone. The company didn't mention an exact date and only advised users to keep an eye out for a banner on the Samsung Members app that says "One UI Beta 2 with Android 10." 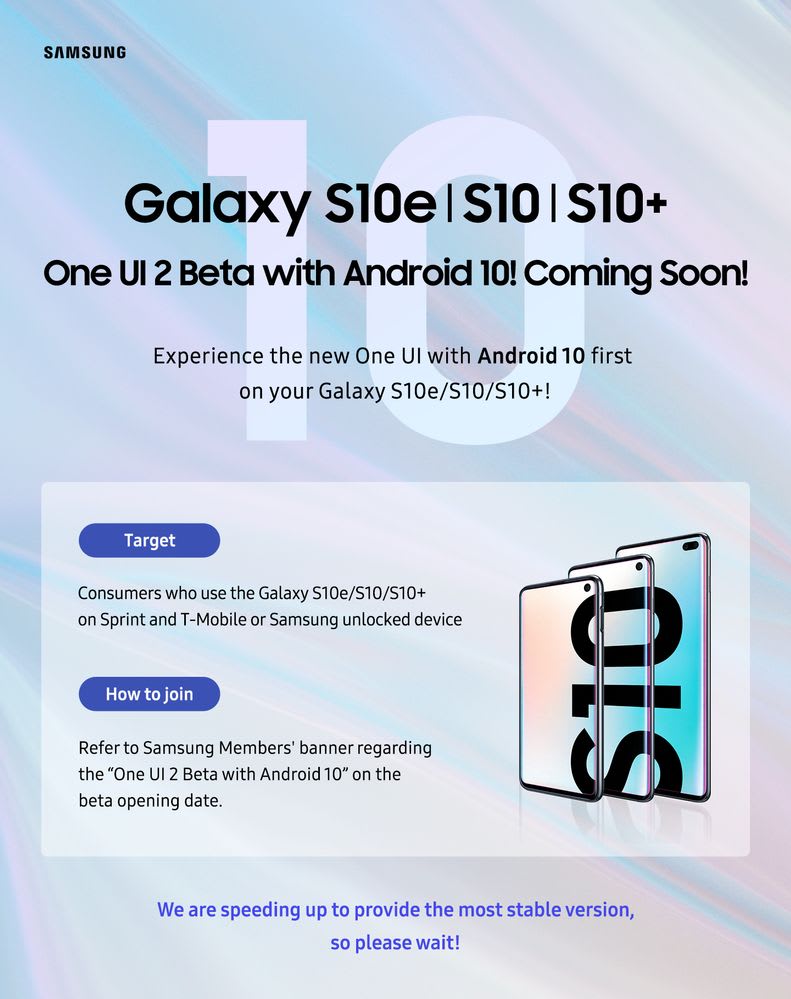 According to Android Police, though, both Galaxy S10 and Note 10 devices will be able to access Samsung's Android 10 beta program sometime this month. After launching the program in the US and in Korea -- it already sent out the same notice to users in its native country -- Samsung will reportedly roll it out in Europe, as well.