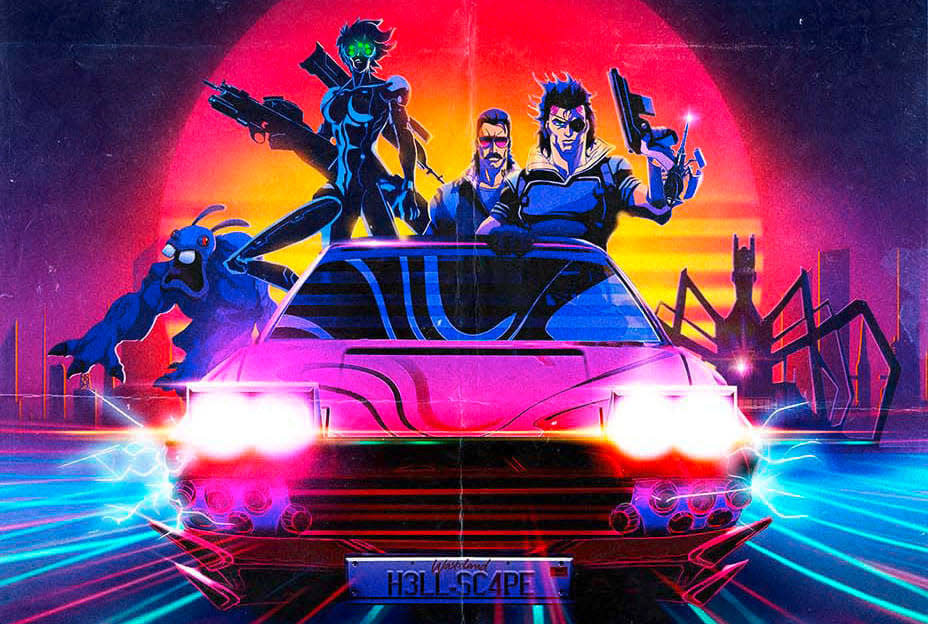 Ubisoft is no stranger to TV and movies. Its media division, Ubisoft Motion Pictures, has created four seasons of Rabbids Invasion thus far, and produced the mediocre adaptation of Assassin's Creed. That's not to mention films like Uwe Boll's Far Cry and the controversial Prince of Persia, which were licensed from the publisher. The company is focusing on the small screen for now though, and hopes to reach kids and young adults. The animated series will be comprised of adaptations from titles like Watch Dogs and Far Cry 3: Blood Dragon.

Ubisoft hasn't said if Rabbids Invasion will receive a 5th season, but the kids series will soon get a one-off TV special set on Mars. The Rabbid characters are originally from Ubisoft's Rayman series, which will be the source of a new, untitled comedy series. Hungry Shark Squad, meanwhile, will be an adaptation of the mobile game Hungry Shark.

On the tween side, Ubisoft will tame its open world hacking series Watch Dogs to create an animated "cybermystery" show. The concept art depicts a middle school girl equipped with a few gadgets. Her reflection reveals a more futuristic version of the character set against a Tron-like backdrop.

Young adult gamers (and plain, old adult gamers, too) might be more interested in the adaptation of Far Cry 3: Blood Dragon. The 2013 game was a surreal, '80s-inspired romp through a world plagued by giant neon lizards controlled by an evil megacorporation. Its soundtrack by Power Glove is particularly awesome. The TV version, Captain Laserhawk: A Blood Dragon Vibe, will be helmed by Adi Shankar, who produced Netflix's Castlevania animation. Blood Dragon will serve as the basis for a Ubisoft TV multiverse. Given how wacky the game was, there are a million ways -- time travel, aliens, black magick, astral projection -- for unrelated characters to make their way onto the screen.

Lots of viewers are sick of hearing the term "multiverse" -- it seems like every studio is getting in on the formula. Plus, video game adaptations seem particularly likely to turn out corny or just plain bad. But Ubisoft Motion Pictures' success with Rabbids Invasion may be a good omen for these upcoming projects. In the meantime, gamers can look forward to other Ubisoft TV projects like Child of Light, Mythic Quest, and The Division.

In this article: animation, av, blood dragon, cartoons, entertainment, far cry, hungry shark, rabbids, rabbids invasion, rayman, TV, ubisoft, watch dogs
All products recommended by Engadget are selected by our editorial team, independent of our parent company. Some of our stories include affiliate links. If you buy something through one of these links, we may earn an affiliate commission.