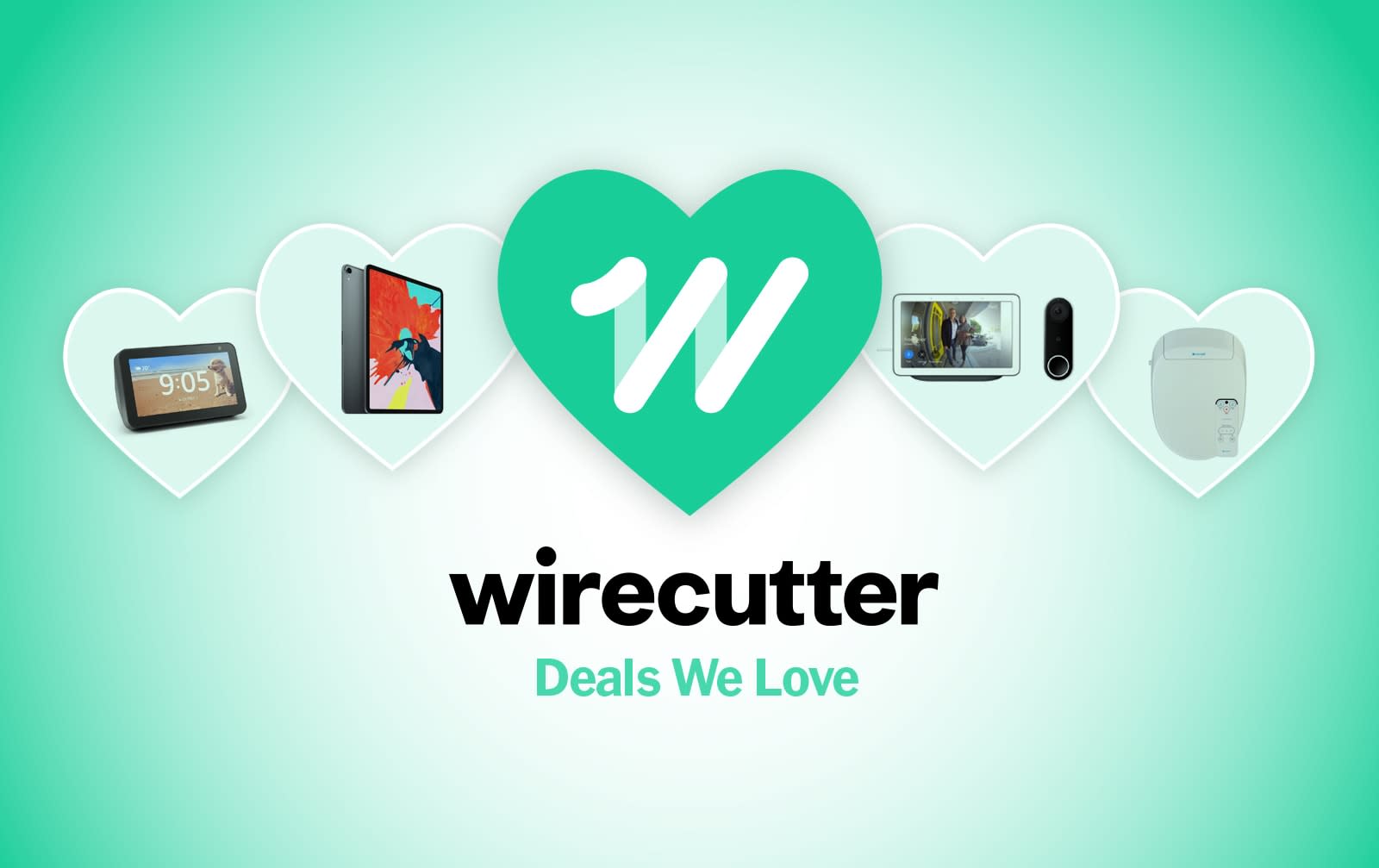 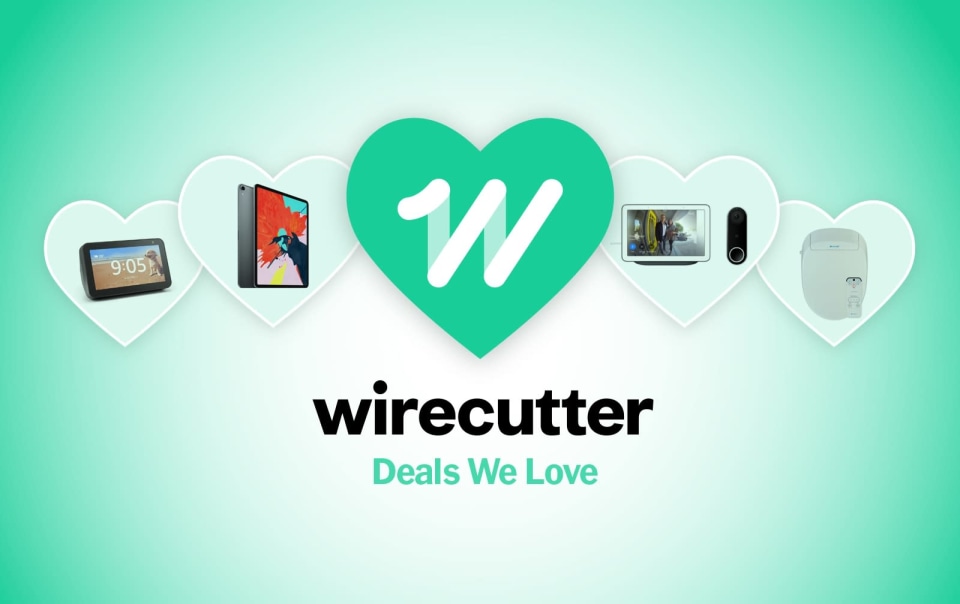 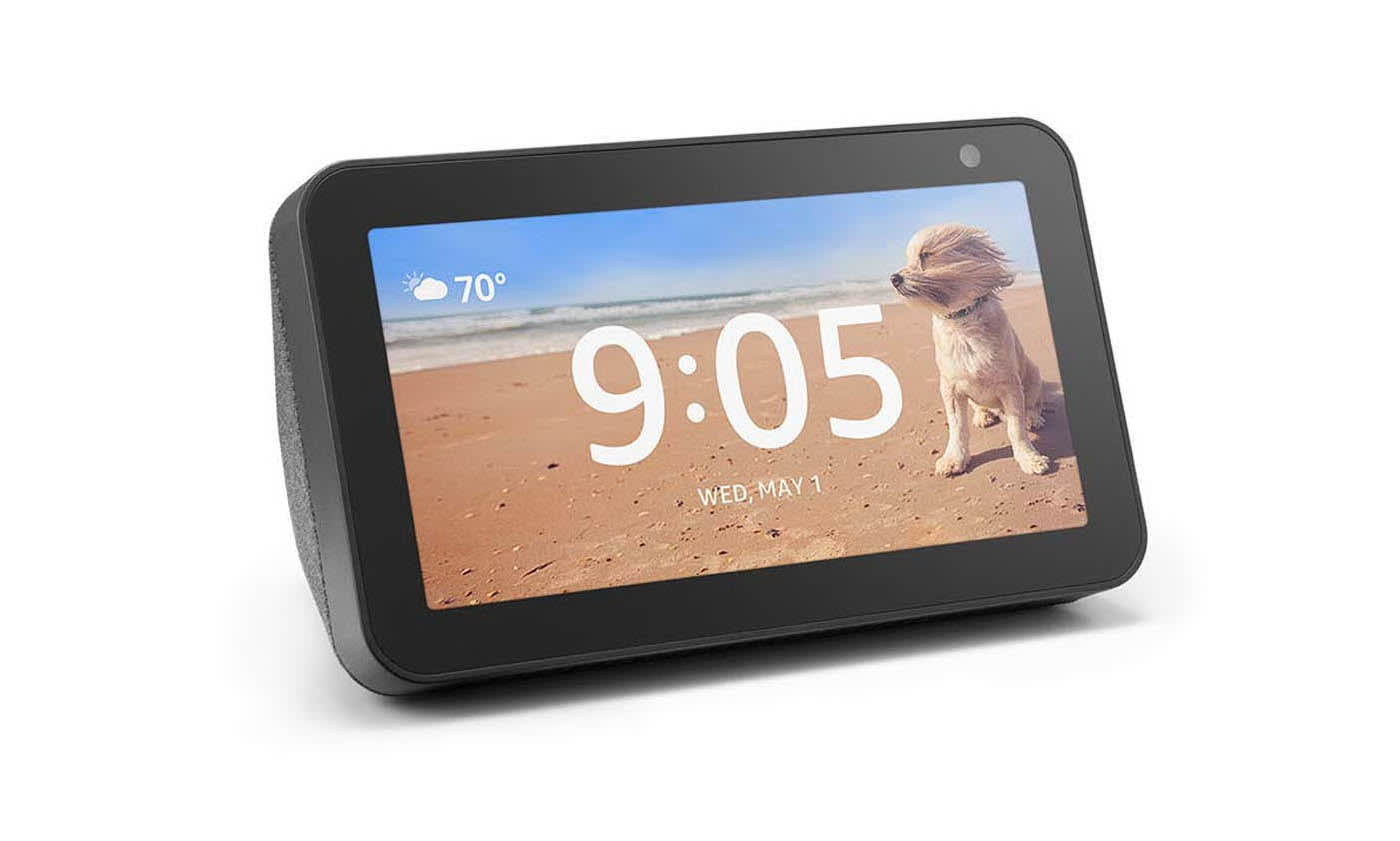 Down to $65 from a street price of $90, this is the first deal we've seen on the recently released Echo Show 5. We may see better deals over deals events like Black Friday or Cyber Monday, but at the moment, this $25 discount is well worth a second look if you're interested in the latest Alexa smart display.

We have yet to test the Echo Show 5 and report our thoughts in our guide to the best smart display for Amazon Alexa and Google Assistant, but if you're an Alexa user looking for the latest tech, this is the latest version of our top pick. Though we haven't reviewed it yet, Wirecutter Staff Writer Signe Brewster wrote, "Amazon released the Echo Show 5, a mini version of the Echo Show, on June 26. It has a 5-inch display, a camera, and a speaker, and it sells for $90. We'll update [our] guide with our thoughts once we've tested it." 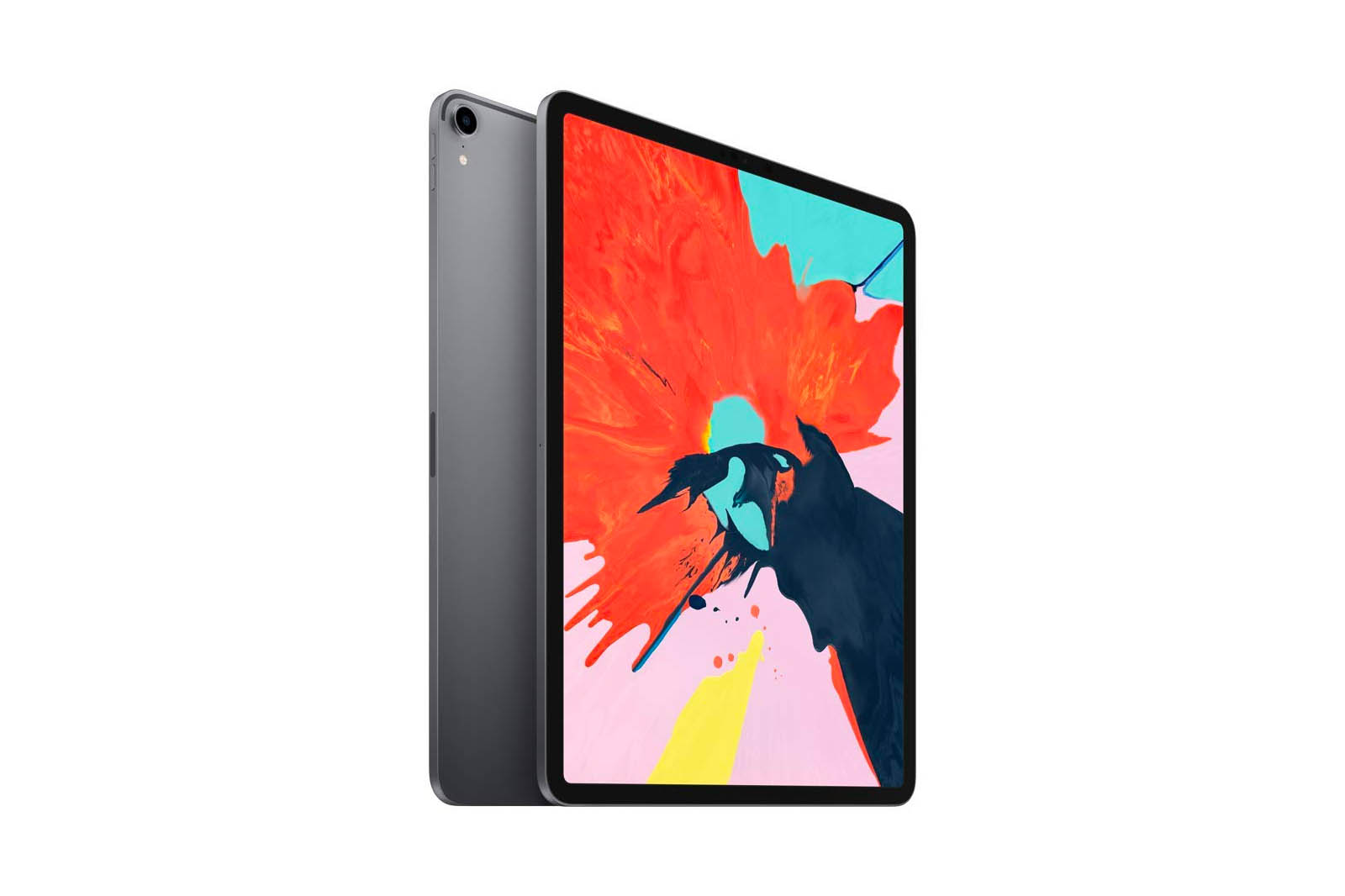 Matching recurring deals we've seen in the past, the Apple iPad Pro Wi-Fi (12.9-inch, 256 GB) is down to $950 for the Space Gray finish, seen at checkout. Though this deal is increasing in frequency as of late, it still matches the all-time low we've seen for this tablet. If you're not too worried about falling behind in terms of newer models, this deal is a good price and a good chance to pick up our current pick, despite pricing signs pointing to the potential announcement of a new gen.

The 12.9-inch iPad Pro is the larger version of the top pick in our guide to the best pro tablets. Wirecutter Editor Andrew Cunningham wrote, "Both the 11-inch and 12.9-inch Apple iPad Pro models—which are almost entirely identical, aside from screen size—are great if you primarily intend to use your tablet as a tablet, controlling things primarily with your fingers or the excellent Apple Pencil add-on. It has a huge library of finger-friendly tablet apps, including lots of options for drawing; writing; or editing photos, audio, and video. Either iPad Pro also works great with Macs and iPhones in an Apple-centric workplace, and iOS is easy to use and simple to update, backup, and restore. But Apple's Smart Keyboard isn't as pleasant to type on as the Microsoft Type Cover, and iOS and its apps have limitations for people who want to use external devices or mice." 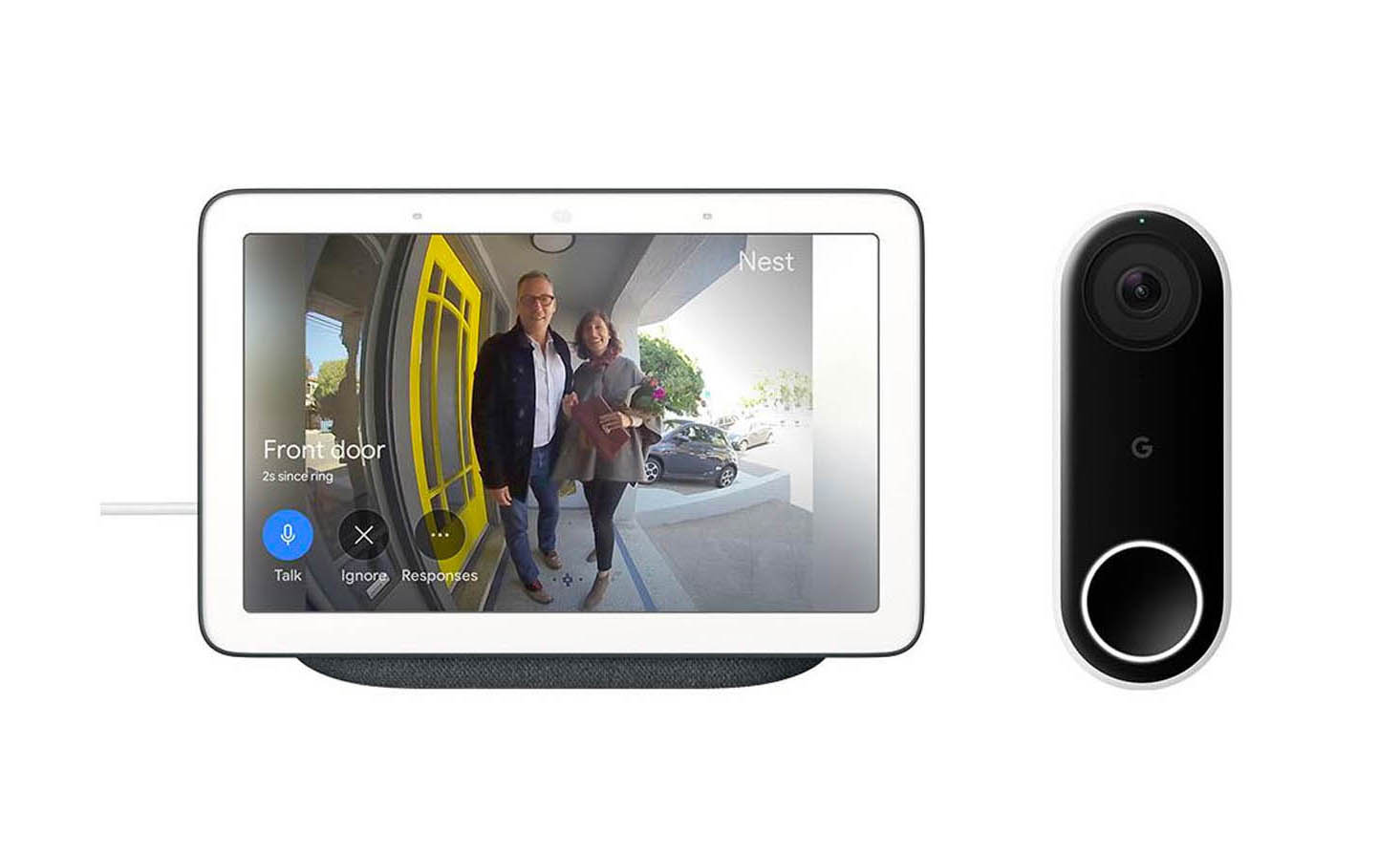 This bundle is usually valued at $360, but from Best Buy it's down to $230. If you're in the market for a smart video doorbell, the Nest Hello is a good option, and this deal comes with the added bonus of a Google Nest Home Hub you can pair with it - all for the price of just the doorbell. It's rare for us to find a bundle with two picks that are compatible together go for prices as good as this, so it's a good opportunity to buy.

The Nest Hello Smart Video Doorbell is the upgrade pick in our guide to the best smart doorbell camera, and the Google Nest Home Hub that comes with it is our camera-less pick in our smart display guide. Stacey Higginbotham, Wirecutter Editor Jon Chase, and Staff Writer Rachel Cericola wrote of the Nest Hello, "The Nest Hello has 24/7 video recording, sophisticated facial recognition, and customizable motion detection, all of which make it a better option if security is your primary concern. However, the Hello itself is $30 more than the Ring Video Doorbell 2, and its required subscription service, Nest Aware, can cost as much as 10 times more over the course of a year than Ring's service." 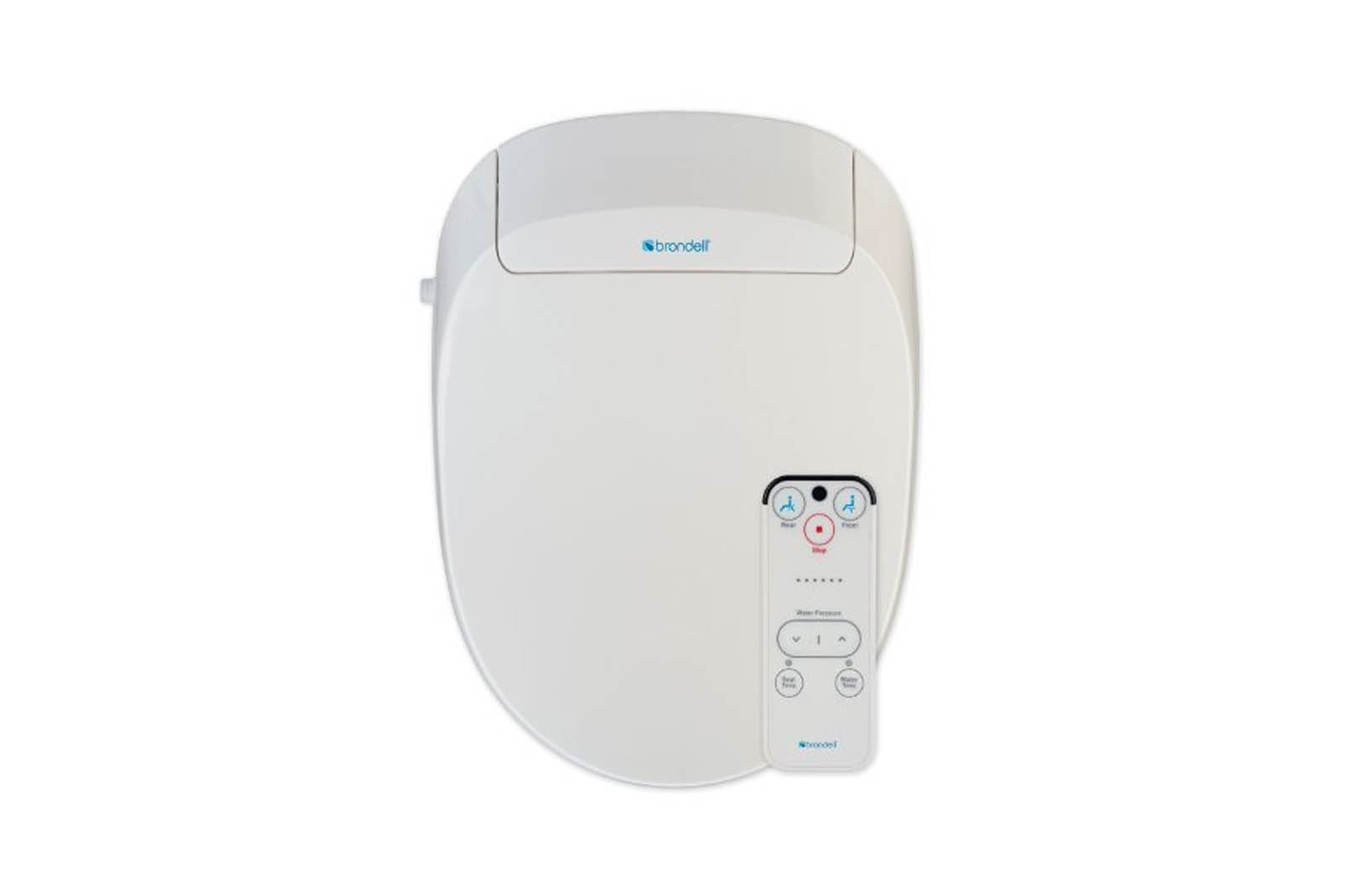 The Brondell Swash 300 is the budget pick in our guide to the best bidet toilet seat or washlet. Less expensive and without the bells and whistles of our other picks, Shannon Palus wrote, "If you want to outfit your bathroom with an electric bidet for as little money as possible, go with the Brondell Swash 300. This model is bare-bones (or, as bare-bones as a luxury product can be): It has a heated seat, six options each for water pressure and temperature, and both rear and feminine wash. Unlike the pricier version of the Brondell, according to a spokesperson for the company, on this model the water stream will begin quickly but might take a moment to warm up. On the positive side, the Swash 300 has a remote that affixes to the wall, a feature typically reserved for more expensive bidets."

In this article: Amazon Echo Show 5, Apple iPad Pro, av, Brondell Swash 300 bidet, deals, gadgetry, gadgets, gear, Google Home Hub, home, internet, mobile, Nest Hello Smart Video Doorbell, The Wirecutter, wirecutter
All products recommended by Engadget are selected by our editorial team, independent of our parent company. Some of our stories include affiliate links. If you buy something through one of these links, we may earn an affiliate commission.