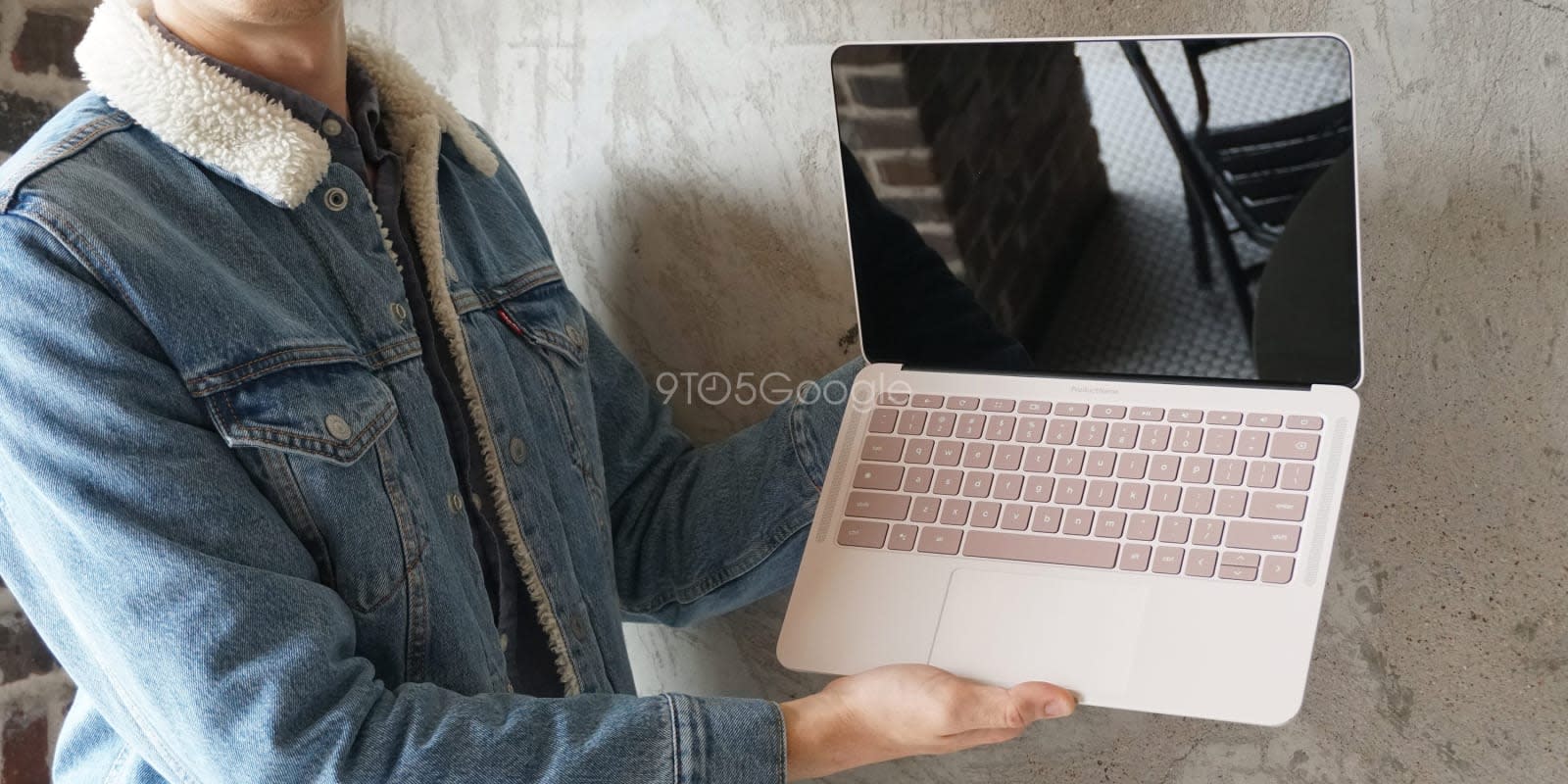 A month after exposing Google's next laptop as the Pixelbook Go, 9to5Google has extensive pictures and even a hands-on video with the device. The pictures show off a prototype laptop -- held by a person wearing the "Jacquard by Google" Levi's jacket -- in a "Not Pink" colorway, with its lid that has a smooth finish similar to some Pixel phones, and its oddly textured underside that's even more deeply colored -- all the better to show off its standout ribs.

The keyboard is similar to the earlier Pixelbook model, while its front-facing speakers are apparently capable of quality sound output. There are USB-C ports on each side each with a charging light and one 3.5mm headphone jack to the left -- it's not dead yet. The design isn't far off from Apple's laptops, but if Google is trying to show what a standard-bearer Chrome OS machine can be then this looks like a good attempt.

As previously revealed, there will be options for up to a 13.3-inch 4K display, Intel Core i7 CPU, 16GB of RAM and 256GB of storage at the high end. There's no word on exact pricing, but the prototype pictured gives a good idea of what to expect from the hardware, despite its placeholder product logo on the lid and 'ProductName' placeholder above the keyboard. We'll hear everything there is to know about this, the Pixel 4 and whatever else Google decides to show off on October 15th.

In this article: Chrome OS, gear, google, laptop, personal computing, personalcomputing, pixel4event, Pixelbook, Pixelbook Go
All products recommended by Engadget are selected by our editorial team, independent of our parent company. Some of our stories include affiliate links. If you buy something through one of these links, we may earn an affiliate commission.