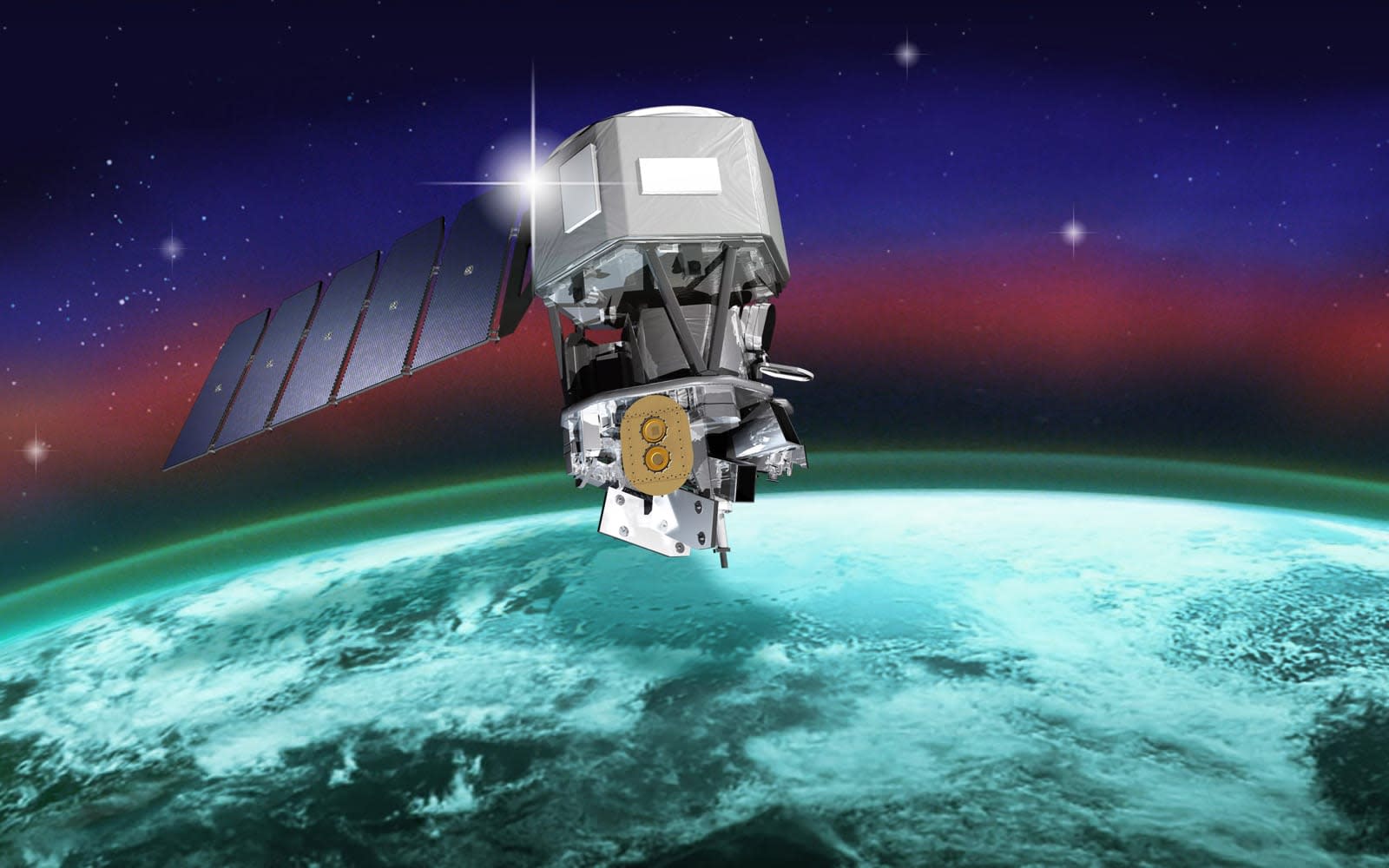 NASA's Ionospheric Connection Explorer or ICON spacecraft is finally in orbit after years of delays and postponed launches. A Northrop Grumman aircraft carried ICON, which was strapped to a Northrop Grumman Pegasus XL rocket, to an altitude of 39,000 feet. At 9:59 PM EDT on October 10th, the carrier plane dropped the fridge-sized spacecraft, which has since deployed its solar panels. That means it has power, and it's all systems go for the long-delayed mission.

ICON was designed to detect and study changes in the ionosphere, a region of the upper atmosphere bombarded by space weather from above and Earth's weather from below. In particular, its instruments will observe an aurora-like phenomenon called airglow, which will allow it to see how particles move in that region.

The spacecraft will send back data that could help scientists figure out how we can deal with ionospheric interference that affects communication signals. Also, its observations could help us understand why the ionosphere's weather can cause spacecraft to decay prematurely, as well as know more about the radiation-related health risks it poses to astronauts.

NASA says ICON's job is important, because it's not easy observing that part of the atmosphere: it's too low for most spacecraft and too high for balloons. Nicola Fox, director for heliophysics at NASA Headquarters in Washington, said: "ICON will be the first mission to simultaneously track what's happening in Earth's upper atmosphere and in space to see how the two interact, causing the kind of changes that can disrupt our communications systems."

The spacecraft will spend the next month observing the ionosphere and collecting information. NASA expects it to start sending back its first science data in November.

In this article: ICON, ionosphere, NASA, space, space weather, tomorrow, gear
All products recommended by Engadget are selected by our editorial team, independent of our parent company. Some of our stories include affiliate links. If you buy something through one of these links, we may earn an affiliate commission.