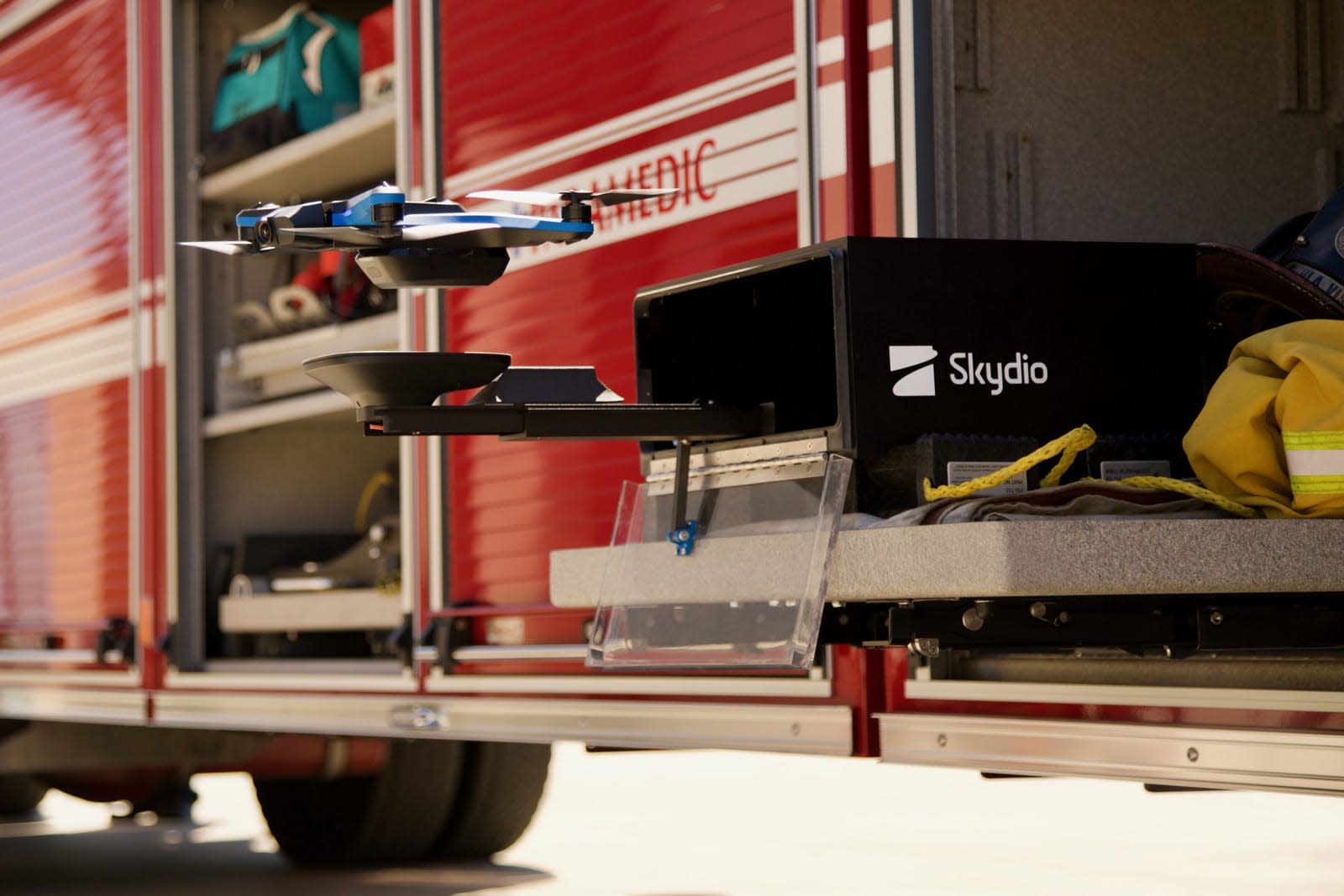 Skydio wants to make its self-flying drone useful to companies who want drones in the air at all times. It just revealed a Skydio 2 Dock system that lets the drone charge itself and, ideally, run with virtually no human intervention. The robotic flyer uses inertial and visual navigation to touch down on a charging pad that extends from a box that both feeds power (from a wall outlet or vehicle) and transfers data through Ethernet or WiFi.

The Dock is small enough to fit inside a carry-on suitcase, and should be ready to go in "minutes," according to Skydio. That, in turn, could make it ideal for field deployments -- think search-and-rescue operations after natural disasters, or security patrols that need to run all night. You'd need multiple drones for non-stop flights when it takes an hour to charge a single drone, but it beats requiring a human to plug in a drone or swap batteries.

Skydio hasn't said how much the Dock will cost, but promised The Verge that it would be "vastly more accessible" than similar solutions costing "many tens or thousands of dollars." It should reach a handful of customers in early 2020.

The real challenge isn't so much technical as legal. Drone rules in the US and other countries require human operators, forcing Skydio to carefully choose where it offers service. It sees "promising signs" in beyond-line-of-sight waivers, but it's ultimately up to regulators to decide whether or not Skydio's drones can fly without humans in view. If they're not pleased, Skydio's drones might stay grounded more often than it would like.

In this article: autonomous, dock, drone, gear, robots, self-flying, skydio, skydio 2, skydio 2 dock, video
All products recommended by Engadget are selected by our editorial team, independent of our parent company. Some of our stories include affiliate links. If you buy something through one of these links, we may earn an affiliate commission.