It's also the first in the E-M5 mirrorless line with phase detect autofocus.

While other companies are touting full-frame and compact APS-C cameras, Olympus is still squarely in the Micro Four Thirds camp. With launch of its latest mirrorless camera, the company is playing to the strength of that smaller format: speed. The 20-megapixel OM-D E-M5 Mark III can shoot at up to 6 fps with continuous autofocus and the mechanical shutter, 10 fps with the electronic shutter enabled, and 30 fps with no autofocus -- nearly double the speeds of the last model.

The OM-D E-M5 III is the first in the E-M5 series to have an on-sensor, phase-detect autofocus system as well. It features 121 phase-detect AF points, along with a contrast-detect system just like the one on the E-M1 II and E-M1X. With a new TruePic VIII image processor, it can also handle face and eye detection. 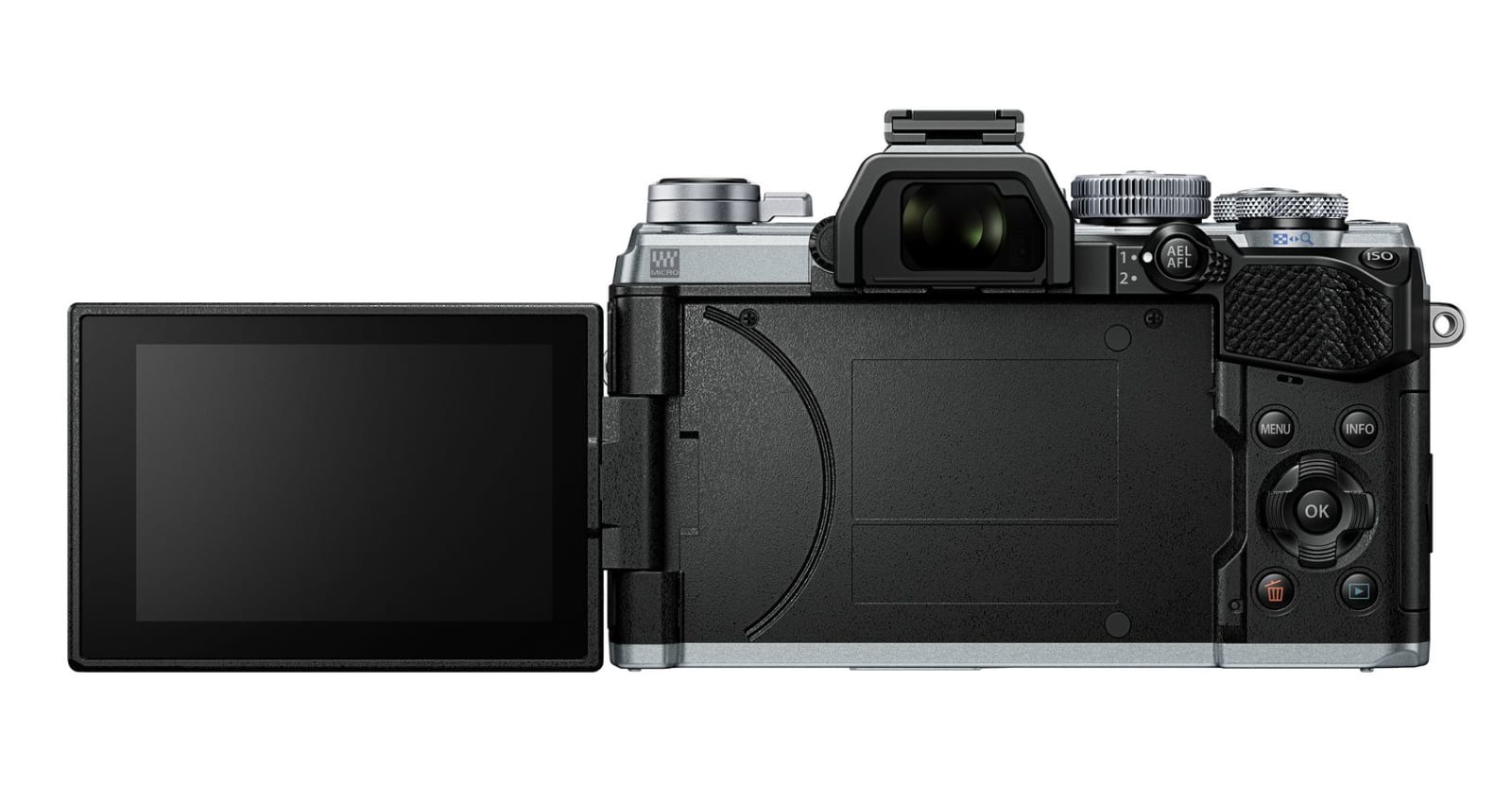 The camera is a lot smaller than its predecessor, but it still has a 5-axis in-body stabilization system that delivers up to 6.5 stops of shake reduction with a compatible lens, Olympus said. The electronic viewfinder has 2.36-million dots as before, but now features a clearer, higher-contrast OLED, rather than an LED panel. Battery life is the same as before (about 310 shots) despite a smaller battery.

The 1.04 million dot touch display is fully articulating, so it will be handy for vloggers and selfie artists. As for video, you can shoot both UHD and DCI Cinema 4K at 30 fps with stabilized, full sensor quality, or 1080p video at 120 fps. Olympus didn't mention 10-bit video, so the EM-5 III probably doesn't do that. There's a built-in microphone port, but no headphone jack, alas.

Other features include a bundled flash, a USB-C charging and data port, a 50-megapixel high-resolution tripod-only mode, a bundled FL-LM3 flash (below) and a fully weather-sealed IPX1-rated body. It arrives in late November in black or silver, starting at $1,199 for the body only, or $1,799 with a 14-150 f/4-5.6 II lens. 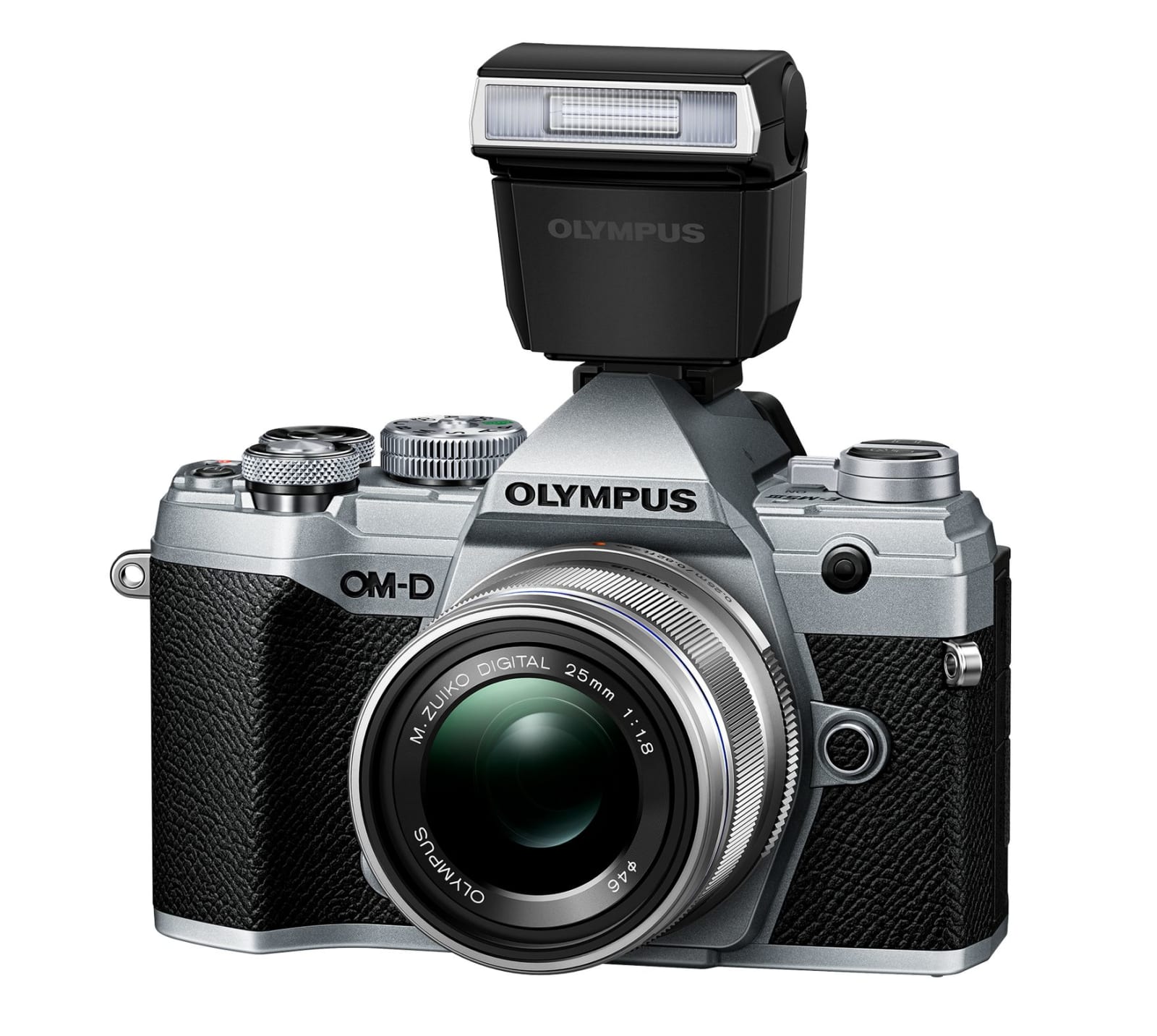