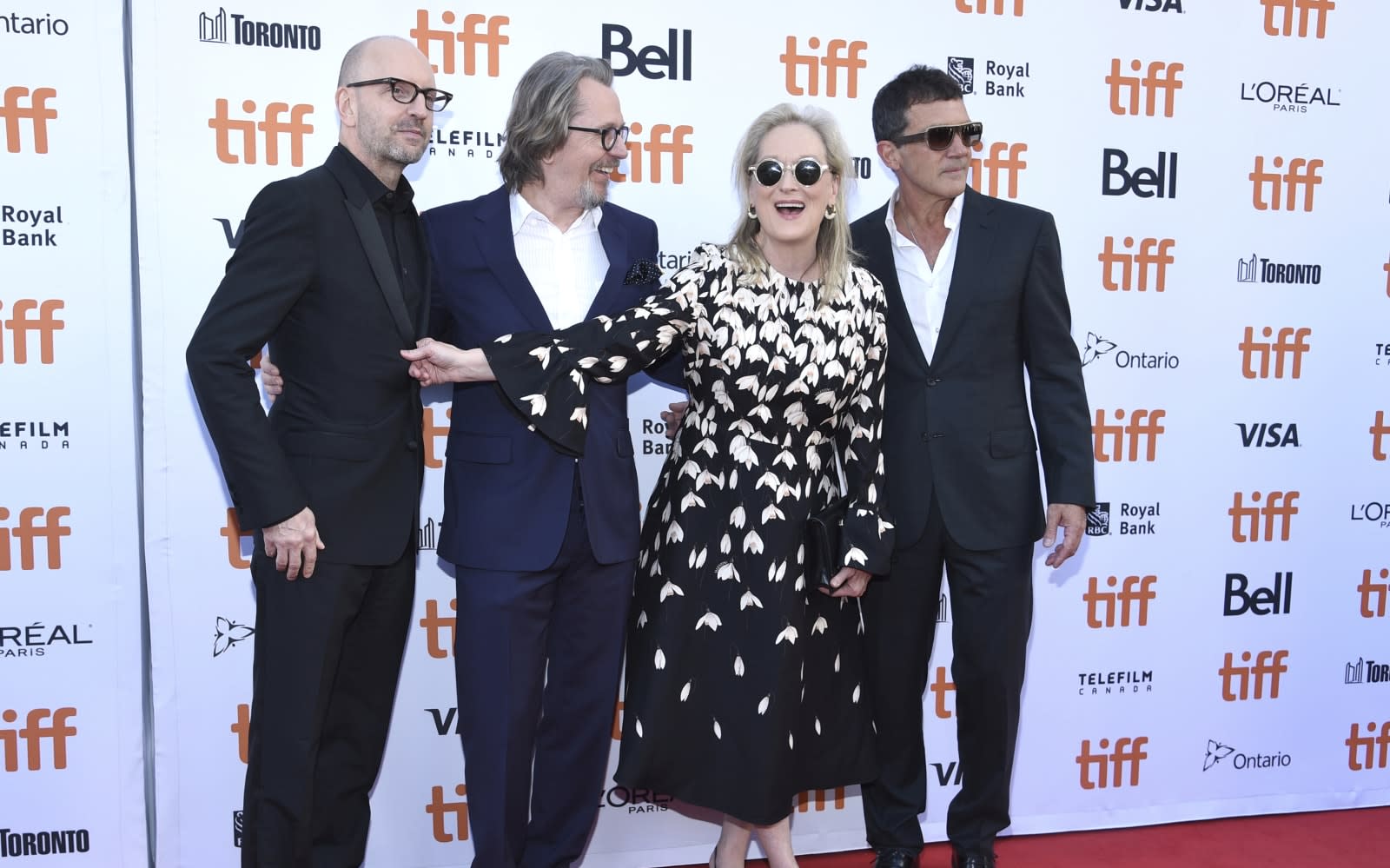 A judge in Connecticut has refused to block the release of The Laundromat, which arrived on Netflix today. Earlier this week, the lawyers portrayed in the film filed a defamation claim, arguing that the movie unfairly cast them in a negative light. As Deadline reports, Judge Janet Bond Arterton has refused to issue the injunction, but only because Arterton says the Connecticut court had no jurisdiction over the issue. Instead, the case will be transferred to California.

Netflix filed an opposition to the claim, and in a statement, the company said:

"This lawsuit was a frivolous legal stunt designed to censor creative expression. Steven Soderbergh's film tells an important story about the exploitation of innocent people and the misuse of the world's financial system. Fortunately, you can now watch The Laundromat — the film that Mossack and Fonesca tried to censor — on Netflix."

The film, which stars Meryl Streep, Gary Oldman, Antonio Banderas and David Schwimmer, follows a widow investigating insurance fraud and chasing leads to the Panama City law firm Mossack Fonseca. That firm was the center of the Panama Papers scandal, one of the largest hacks in history, which unveiled shady offshore financing by some of the world's wealthiest and most powerful people.

We will have to wait to hear what the California court says, but in the meantime, you can now watch The Laundromat on Netflix.

In this article: av, block, case, court, defamation, entertainment, lawsuit, lawyers, netflix, panama papers, ruling, the laundromat
All products recommended by Engadget are selected by our editorial team, independent of our parent company. Some of our stories include affiliate links. If you buy something through one of these links, we may earn an affiliate commission.