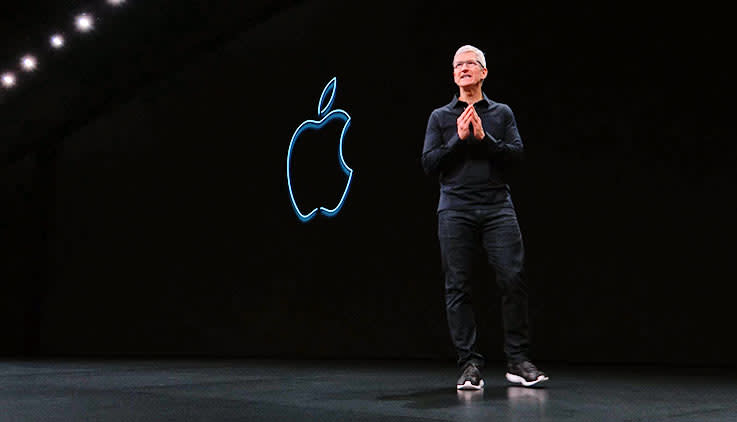 In a new letter co-penned by a bipartisan group of members of Congress, federal lawmakers say they have "strong concern" related to Apple's recent actions in China. The letter, which is addressed to CEO Tim Cook, zeroes in on Apple's decision earlier this month to remove HKMap, an app pro-democracy demonstrators in Hong Kong used to track the location of local law enforcement.

"Cases like these raise real concern about whether Apple and other large US corporate entities will bow to growing Chinese demands rather than lose access to more than a billion Chinese consumers," the letter states. Apple faced pressure to remove the app after China's government said it allowed "rioters in Hong Kong to go on violent acts." HKMap's developers, however, said there hasn't been any evidence to suggest their app had been used to target police and undermine public safety.

The letter goes on to criticize Apple for its other app removals. Citing data from an organization called GreatFire, it says, "Apple has censored at least 2,200 apps in China, which include Virtual Private Network apps used to circumvent China's Great Firewall, and apps made by and for oppressed ethnic minorities, including the Uyghur and Tibetan communities." The letter was signed by seven lawmakers, including Ron Wyden (D-OR), Alexandria Ocasio-Cortez (D-NY), Ted Cruz (R-TX) and Marco Rubio (R-FL).

In a separate letter to Activision-Blizzard CEO Bobby Kotick, five of the same lawmakers criticize the publisher for suspending Hearthstone player Ng "Blitzchung" Wai Chung after he expressed solidarity with protestors in Hong Kong. Since first issuing the suspension, Blizzard has partly walked back on the decision. It gave Wai Chung his prize money and reduced his ban. The move, however, has done little to placate the company's western fans.

"Because your company is such a pillar of the gaming industry, your disappointing decision could have a chilling effect on gamers who seek to use their platform to promote human rights and basic freedoms," the letter says. In both the case of Apple and Activision-Blizzard, lawmakers urge the companies to "reverse course."

In this article: activision, app store, apple, blizzard, china, democracy, gear, HKMap, hong kong, politics, protest
All products recommended by Engadget are selected by our editorial team, independent of our parent company. Some of our stories include affiliate links. If you buy something through one of these links, we may earn an affiliate commission.