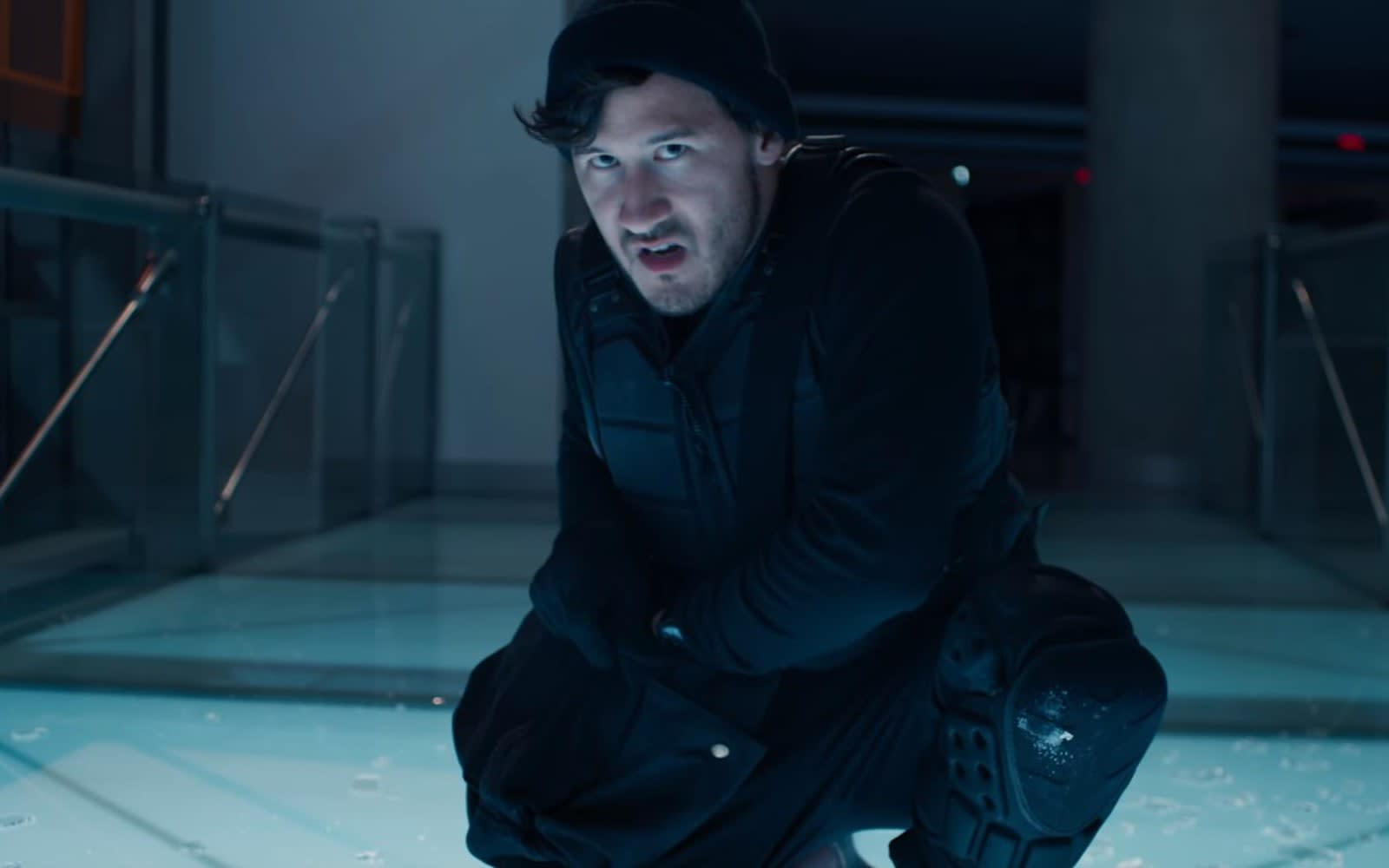 YouTube has released the first trailer for its upcoming special, A Heist with Markiplier. As with Netflix's Black Mirror: Bandersnatch, you'll be able to decide how the film ends by making decisions along the way. In a callback to classic full-motion video (FMV) games of yesteryear, most of the scenes are filmed from a first-person perspective and feature the YouTube personality adopting the persona of a cat burglar.

According to YouTube, the special includes 31 possible endings and 61 videos, with a variety of "life-or-death" decisions along the way. While A Heist with Markiplier is the company's first "choose your own adventure" program, it's not the first for Markiplier. In 2017, the content creator released A Date with Markiplier, which featured 10 possible endings.

With Heist, YouTube is likely hoping for a hit as big as Bandersnatch. The special was so popular, Netflix said earlier this year it planned to double down on interactive storytelling. While Markiplier has some 24 million subscribers, it's hard to say whether A Heist with Markiplier will resonate with people as much as Bandersnatch did. But the fact you can now watch YouTube Originals without a subscription certainly won't hurt the film's chances.

A Heist with Markiplier will start streaming on October 30th.

In this article: av, bandersnatch, entertainment, google, netflix, trailer, Youtube original, youtube originals
All products recommended by Engadget are selected by our editorial team, independent of our parent company. Some of our stories include affiliate links. If you buy something through one of these links, we may earn an affiliate commission.