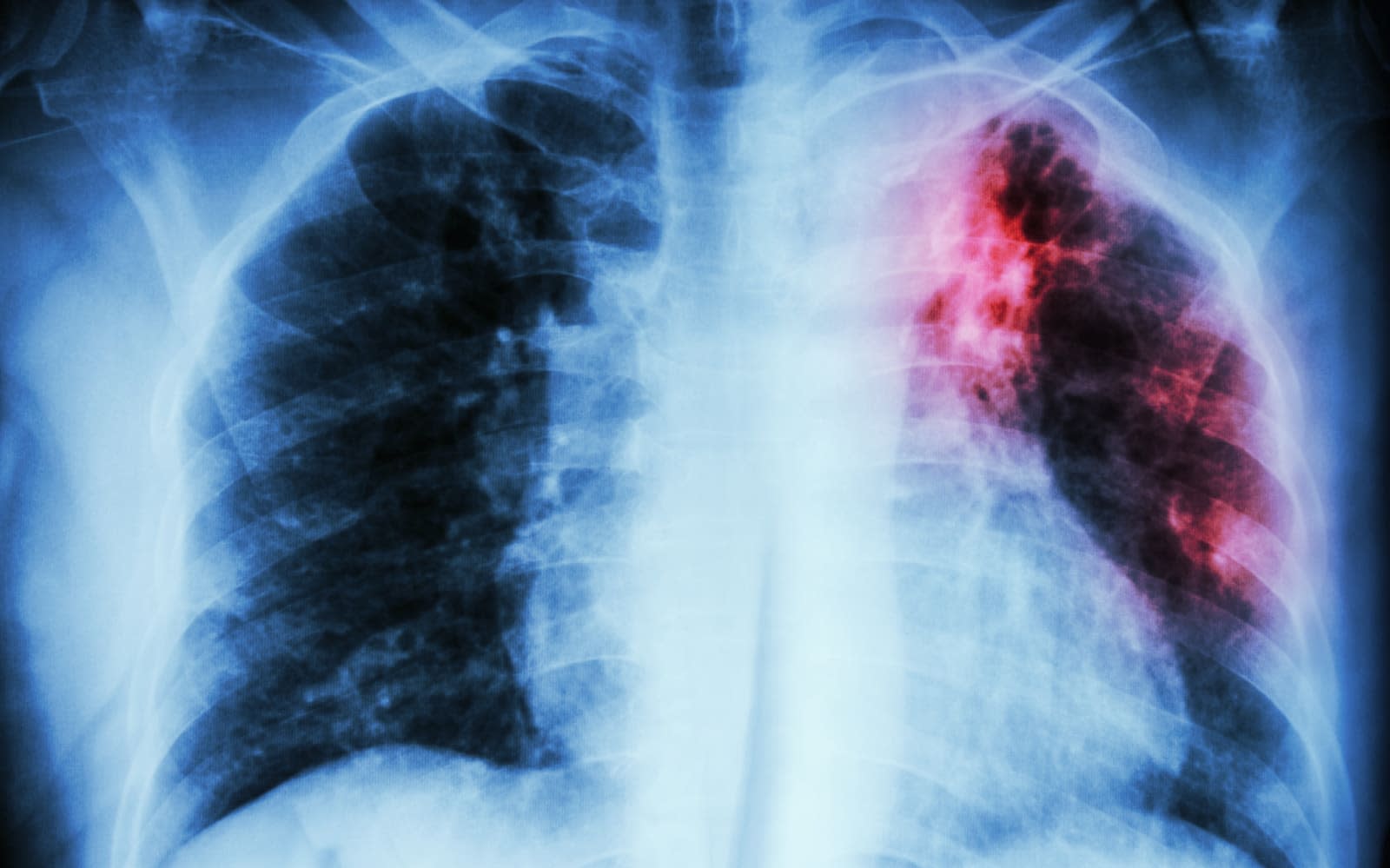 The World Health Organization has been calling for the development of a blood-based triage test for active tuberculosis (ATB) -- one that's accurate and cheap enough for use in developing nations where most TB-related deaths occur. Sputum-based tests are typically slow and require infrastructure some local communities in developing regions may not have. Now, a team of researchers have developed a blood-based test, which can be configured into a $2 consumable version that delivers results in 30 minutes.

The test was developed by researchers from the Wyss Institute for Biologically Inspired Engineering, The Broad Institute of Harvard and MIT, Brigham and Women's Hospital and several other institutions. It works by analyzing the combined levels of four proteins and an anti-TB antibody in blood samples to identify the patients who are likely to have ATB and require advanced diagnostics and treatment.

"Our test demonstrated 86 percent sensitivity and 69 percent specificity, which are very close to the WHO's minimum requirements of 90 percent sensitivity and 70 percent specificity for an effective TB triage test. It also effectively identified the ATB signature in patient samples from three different continents, meaning it can detect many strains of the pathogen, and in both HIV-positive and HIV-negative samples, making it widely applicable to most ATB patients."

The team started by analyzing the levels of blood proteins in 400 blood samples from people in Tanzania and the Philippines who had been diagnosed with ATB and conditions other than TB. They used a traditional microbiologic assessment for that part. They then analyzed the protein level data again using a machine learning algorithm, focusing on four proteins that were consistently elevated in the samples with ATB.

Based on that "ATB signature," the algorithm was able to detect ATB in 86 percent of all the positive samples (sensitivity),and the absence of ATB in 65 percent of the negative samples (specificity). The algorithm was also able to identify ATB in all of the samples that were HIV positive. It cost the team $10 per test during the development process, but a $2 version could be created using less expensive materials.

"Elevated levels of all four of the blood proteins we analyzed have been identified in a range of different diseases, but only when combined into a predictive algorithm do they have the power to distinguish ATB from other conditions."

The researchers validated and improved their algorithm through a different set of 317 samples taken from patients in Vietnam, South Africa and Peru. While they still need to refine it further for accuracy and speed, the team believes that the test has the potential to reduce deaths due to undiagnosed ATB, as well as prevent the overuse of antibiotics and expensive diagnostics and treatments on patients who don't actually have ATB.

In this article: blood test, gear, medicine, tb
All products recommended by Engadget are selected by our editorial team, independent of our parent company. Some of our stories include affiliate links. If you buy something through one of these links, we may earn an affiliate commission.