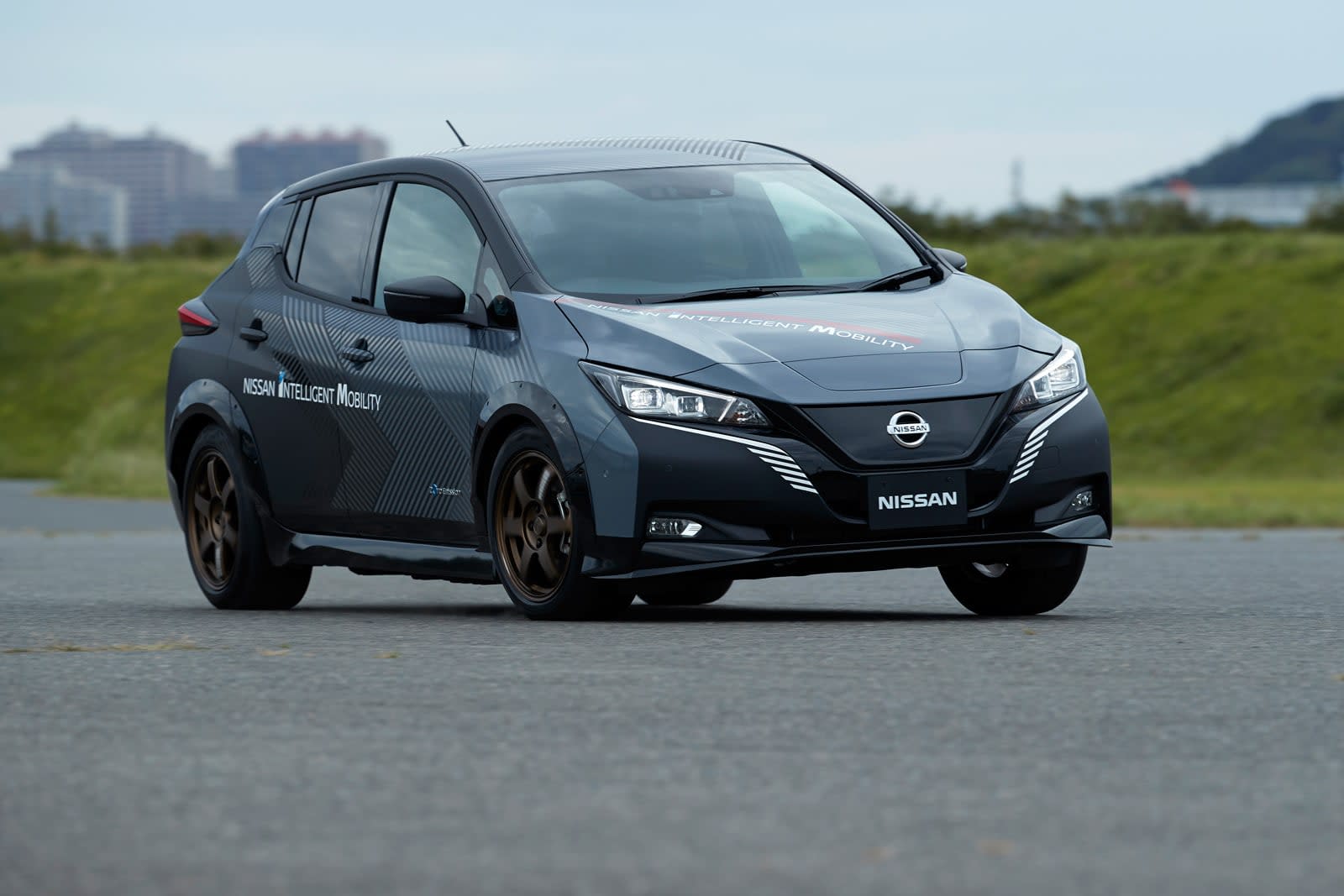 If Nissan is going to build production versions of EV concepts like the Ariya, it's going to need considerably more from its electric powerplants. Thankfully, that work is well underway. The car brand has unveiled a Leaf-based test car that packs dual motors and all-wheel drive, delivering both greater control and much more power. The prototype machine produces 227kW of peak output (about 304HP) and, more importantly, a whopping 501 pound-feet of torque -- the Leaf Plus' 214HP and 250 pound-feet of torque seem dowdy by comparison.

The design also brings independent brake control, and there's now regenerative rear braking that should prevent the car from pitching back and forth when you slow down.

We wouldn't count on seeing a production version of this particular Leaf. However, the automaker isn't shy about indicating that this represents technology coming to the "next generation of Nissan EVs." A production version of the Ariya is a possibility (Nissan has reportedly shown that to dealers behind closed doors), but you could also see variants of this dual-motor tech in larger sedans, sports cars and other vehicles that might need more oomph to move quickly.

In this article: car, cars, electric car, electric vehicle, ev, gear, green, leaf, nissan, transportation
All products recommended by Engadget are selected by our editorial team, independent of our parent company. Some of our stories include affiliate links. If you buy something through one of these links, we may earn an affiliate commission.