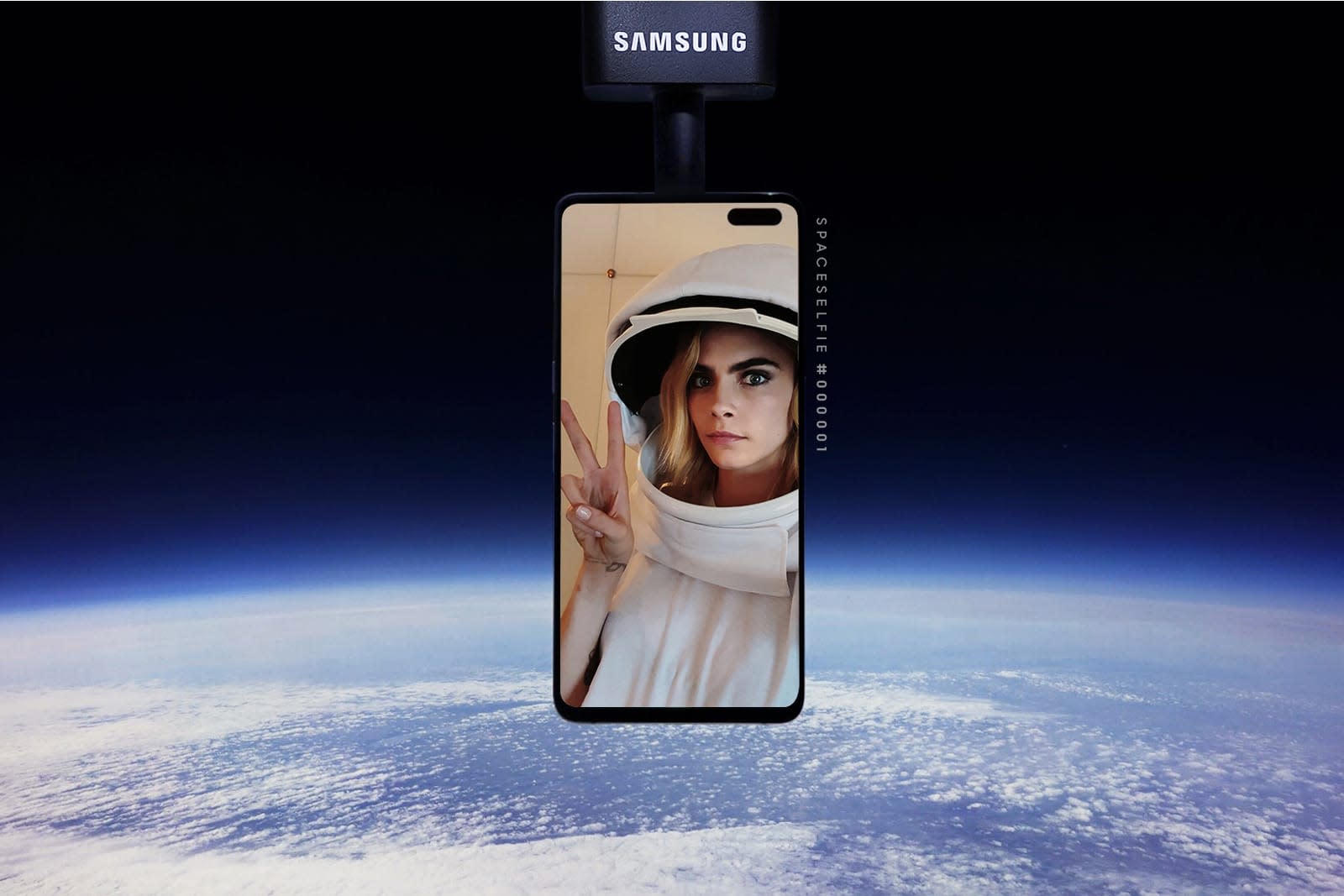 Samsung is learning first-hand about the risks of using high-altitude balloons for promotional stunts. A Michigan couple found the phone maker's "SpaceSelfie" balloon (meant to pitch the Galaxy S10) in their yard after it crashed to Earth on October 26th. The vessel didn't hurt anyone or damage property, but it was clearly a less-than-ideal touchdown -- Samsung characterized it as an "early soft landing in a selected rural area" that was prompted by US weather conditions.

The balloon wasn't small or simple. The entire apparatus spanned half the size of a basketball court and was meant to float about 65,000 feet above the Earth (not technically in space, we'd add), collecting selfies from the ground, superimposing them on live photos of the planet and returning them to the sender. It was supposed to continue floating until October 31st, but clearly fell a few days short of that goal.

Samsung's balloon builder (Raven Industries) has picked up the payload, and the tech giant itself has apologized for "any inconvenience this may have caused." It's ultimately a mild embarrassment that won't ding Samsung's reputation. However, it's also clear that things could have gone much worse -- Samsung may be thankful that it's not cutting a check for house repairs.

In this article: balloon, galaxy s10, galaxy s10 plus, gear, marketing, michigan, mobile, promotion, samsung, space, space selfie, spaceselfie
All products recommended by Engadget are selected by our editorial team, independent of our parent company. Some of our stories include affiliate links. If you buy something through one of these links, we may earn an affiliate commission.