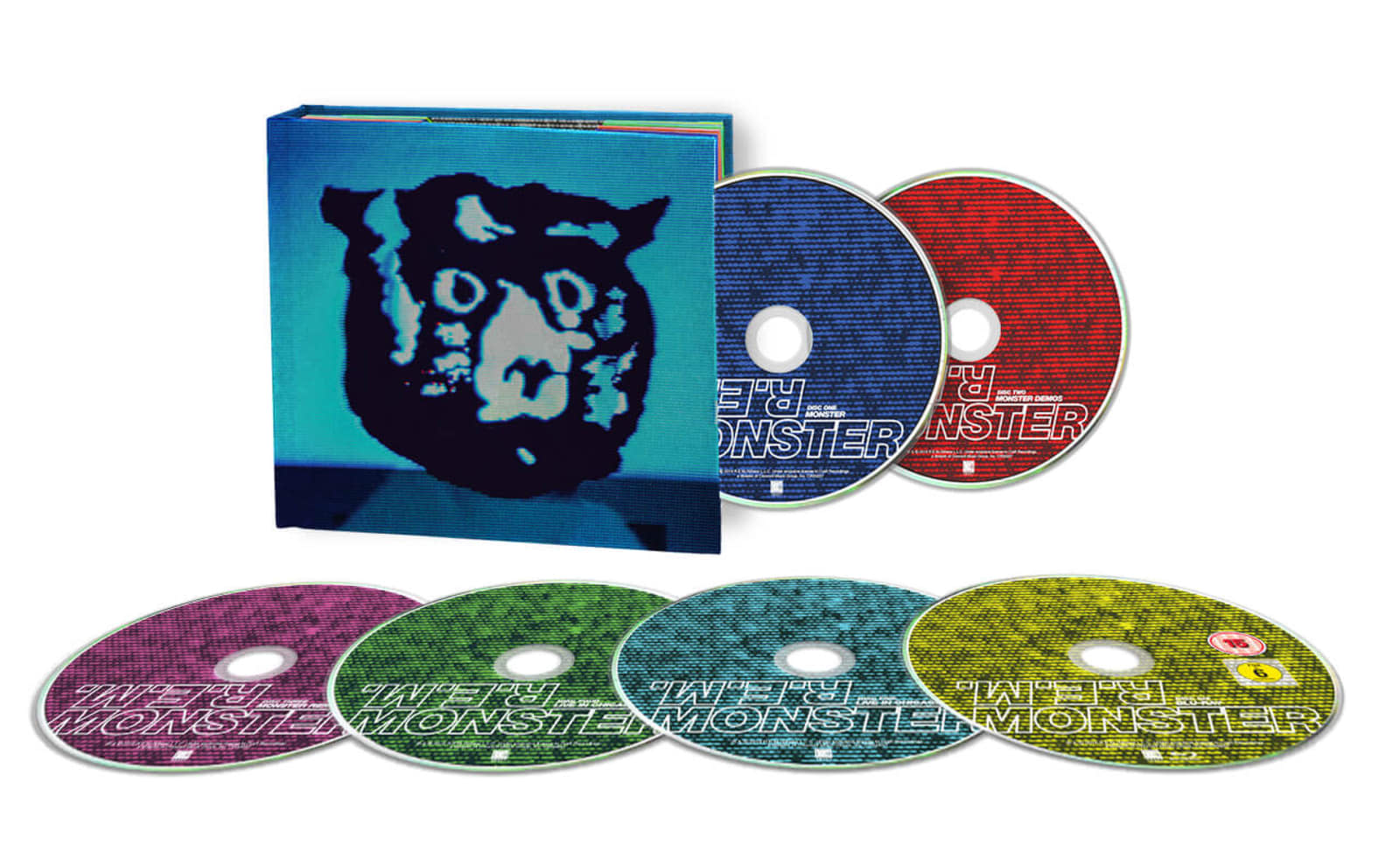 It's hard to believe, but it's been 25 years since R.E.M. released Monster. And, like any classic album approaching such a milestone, it's getting a massive reissue complete with a remastered version of the album, demos and outtakes, plus two discs worth of live material. But, perhaps most interesting, there's also a remix of the album done by original producer Scott Litt. Some of the changes are not subtle, and for something that has been in the pop culture consciousness for so long, there's bound to be some brush back. (For instance, ditching the stuttering tremolo guitar in "What's the Frequency, Kenneth" seems pretty brazen.)

But many of the tweaks are a little more nuanced. And they might be tough to notice if you're not intimately familiar with the album. So the band and their record label did something kinda interesting, they built a web app that lets you seamlessly compare the original mix and the 2019 Scott Litt remix. Anyone can visit R.E.M. HQ and check out 30 second clips of songs from the album and play them side by side. But, if they have an Apple Music or Spotify account, fans can log in and basically A/B the entire album.

Lee Martin, the developer who helped build the experience says it's the first seamless A/B player he knows of, to be built on top of the two streaming services. And when I say "seamless", I mean it. There's two buttons at the bottom of the screen: original and remix. If you click one, it instantly switches to that version of the album, in the exact same spot of the song. If you try and switchback and forth fast enough you can trip it up slightly. But I only mean that one track will be a fraction of a second behind the other. (Try if for yourself in the embedded players above and below.)

It's a pretty impressive accomplishment when you consider all the moving parts. The player needs to track both songs simultaneously and somehow load them even faster than the Spotify desktop app. Switching tracks inside this custom R.E.M. player is actually faster than on the official Spotify app. It's pretty crazy. There's even a cool little glitchy graphical transition that swaps the album art from the orange of the original release, to the blue of the remix cover.

Of course, part of the idea here is to convince you to buy the box set. But you don't need to do that to enjoy the player. You don't even need to enjoy the remixed version of the album to appreciate it. But if you want some insights into the creation of the 2019 remix, check out the video below of producer Scott Litt discussing "Strange Currencies" specifically.

In this article: anniversary, apple music, art, av, entertainment, exclusive, internet, Monster, music, R.E.M., REM, remix, spotify, what's the frequency kenneth
All products recommended by Engadget are selected by our editorial team, independent of our parent company. Some of our stories include affiliate links. If you buy something through one of these links, we may earn an affiliate commission.