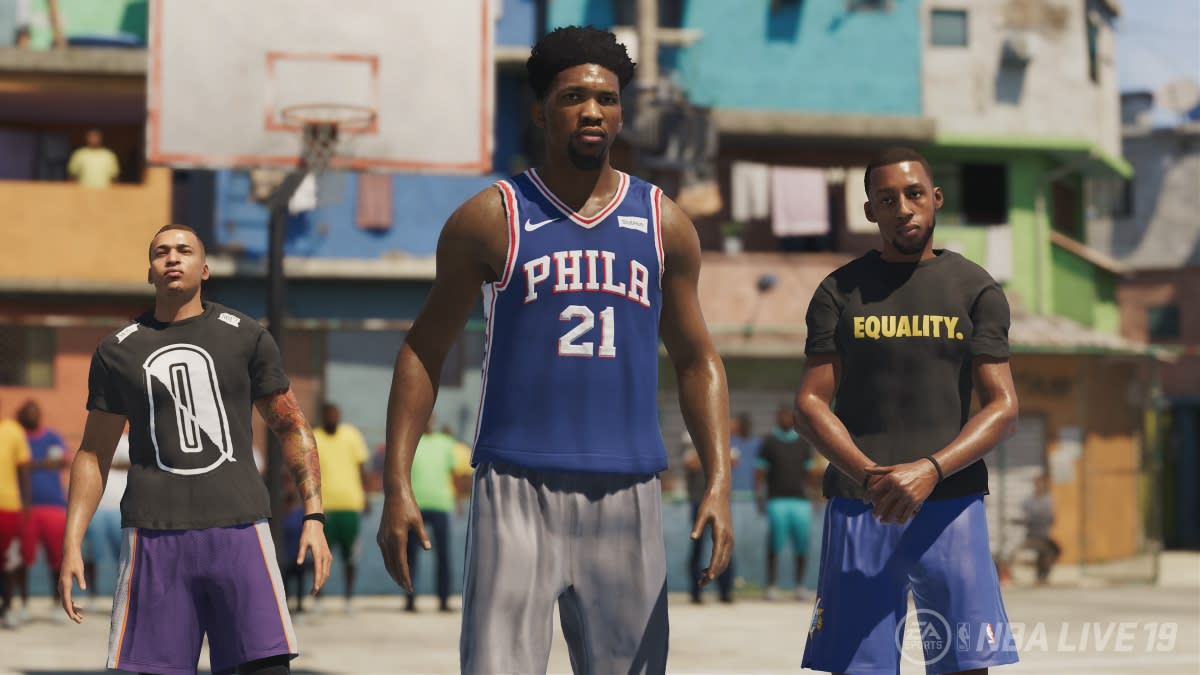 One again, EA's NBA franchise is skipping a season, as the company announced during today's earnings call that NBA Live 20 has been cancelled. Three months ago the project was simply delayed with plans for a "different approach," but that won't be enough. In a prepared statement read at the beginning of the call, CEO Andrew Wilson said the company was working on something timed for release around All-Star Weekend, "an experience designed around new ways for players to engage, connect and create through basketball."

That will include our plans for NBA LIVE. With great support from the NBA and NBPA, we had been working on an innovative new direction for our game timed with the All-Star weekend – an experience designed around new ways for players to engage, connect and create through basketball.

Now, with greater understanding of the new platforms and what they can power – bringing social connection, accessibility, and player creativity to the forefront – we feel we can go so much further with the new design.

So we've decided not to ship an NBA LIVE game in FY20. Instead, we're expanding our vision for NBA LIVE, and continuing to work closely with our NBA and NBPA partners on this newproject that we'll share more details on next year.

Instead, the game has been pushed out beyond this financial year, and "Instead, we're expanding our vision for NBA Live, and continuing to work closely with our NBA and NBPA partners on this new project that we'll share more details on next year." EA's NBA franchise has had a shaky run since NBA 2K became the dominant pro basketball video game over a decade ago, with years missed -- most recently in 2017 as the company retooled its approach. But Live 2019 was a solid effort that was the first to include WNBA action as well.

It appears that EA's push for "live services" that fuels Apex Legends and in-game features like FIFA's Ultimate Team are behind the shift in focus, but the fact is it will need an excellent game to pull players away from the NBA 2K series that keeps enhancing its MyPlayer mode to collect real money from players to buy Virtual Coin. For now, all it's promising players is something developed with the NBA -- which has chosen 2K as the platform of its official esports league -- and NBA Player's Association and a promise to "check back regularly with updates.

In this article: basketball, business, cancelled, EA, EA Sports, entertainment, gaming, NBA, NBA Live, NBA Live 2020, sports
All products recommended by Engadget are selected by our editorial team, independent of our parent company. Some of our stories include affiliate links. If you buy something through one of these links, we may earn an affiliate commission.