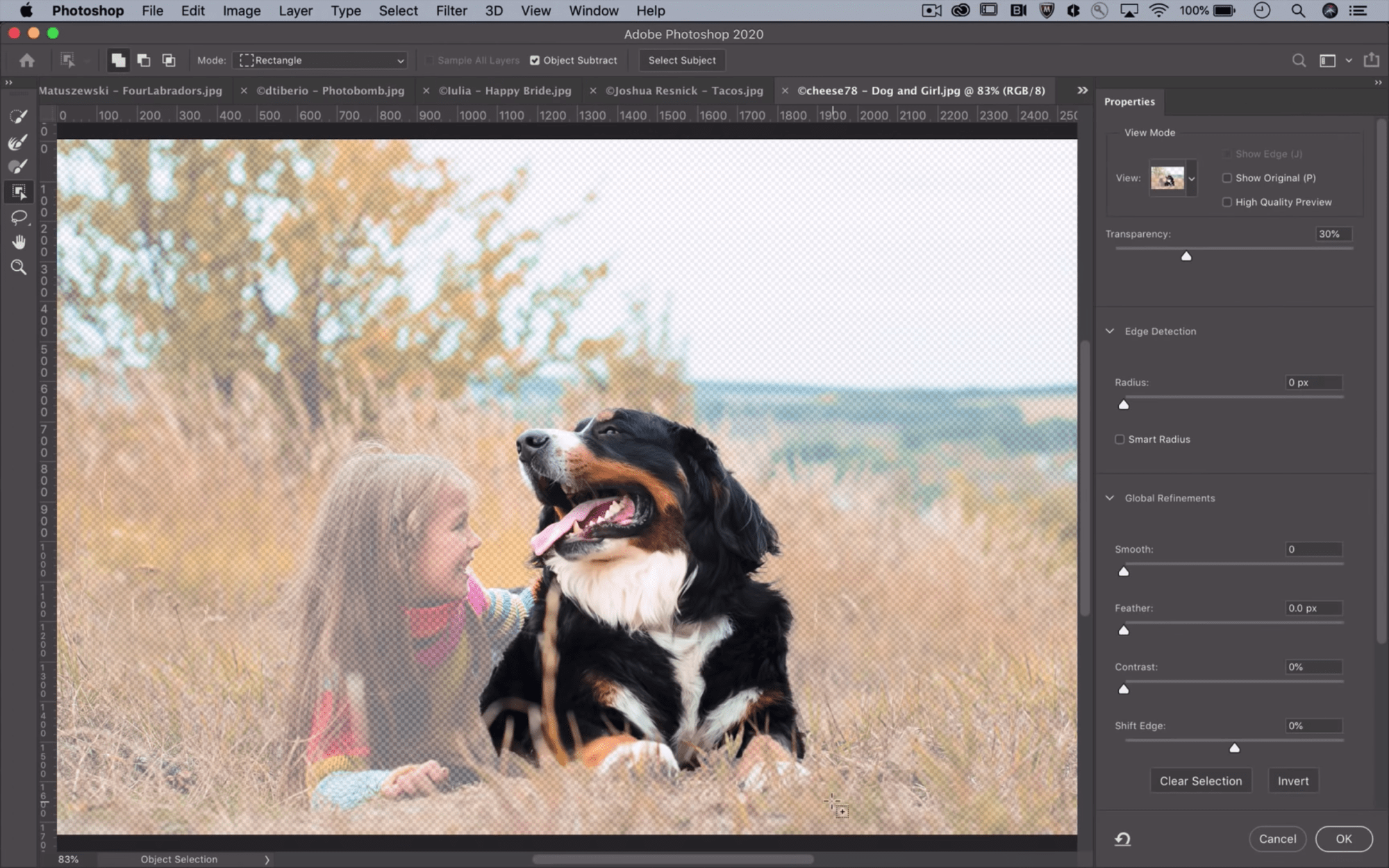 Isolating objects in Photoshop can be a painstaking process. If you want to select simple objects, the marquee or lasso tools will get the job done quickly. But if you're working on a complex subject, like a dog with frizzy fur or a shirt with lots of wrinkles, you'll have to buckle down and spend some time refining the selection. Adobe's AI engine is making the process much easier, though. Photoshop's new Object Selection tool will quickly isolate complex objects in seconds.

You'll be able to choose the Object Selection tool from the Magic Wand group in the toolbar. To isolate a single object, just click on it. To select multiple objects, drag a rectangular marquee across them (or if you want to select multiple subjects without other close-by objects getting caught, you can change the marquee to a lasso). Also, if you want to select just part of a subject, like a person's hat, you can drag the marquee over the hat. Adobe's Sensei AI engine kicks in and differentiates between the background, the subject and even pieces of the subject to make an accurate outline. Granted, it's likely you'll have to spend a little bit of time making small tweaks to the selection. This new tool will save users anywhere from a few seconds to several minutes per object, and will definitely avoid some major headaches.

A feature similar to the Object Selection tool was revealed earlier this month in Photoshop Elements 2020. It seemed odd that users of the more approachable version of Adobe's software were getting such a useful tool while Creative Cloud subscribers were left in the dark as to when -- or even if -- something comparable was coming to the pro version of the app. The Object Selection tool is more powerful than Elements' one-click feature, as it allows for multiple objects to be selected, edge refinements and more. While we don't have a release date beyond "soon," we at least know the feature is coming.

In this article: adobe, adobe creative cloud, adobe photoshop, adobe sensei, ai, art, creative cloud, design, gear, object selection tool, personal computing, personalcomputing, photo editing, photoshop, Sensei, software
All products recommended by Engadget are selected by our editorial team, independent of our parent company. Some of our stories include affiliate links. If you buy something through one of these links, we may earn an affiliate commission.