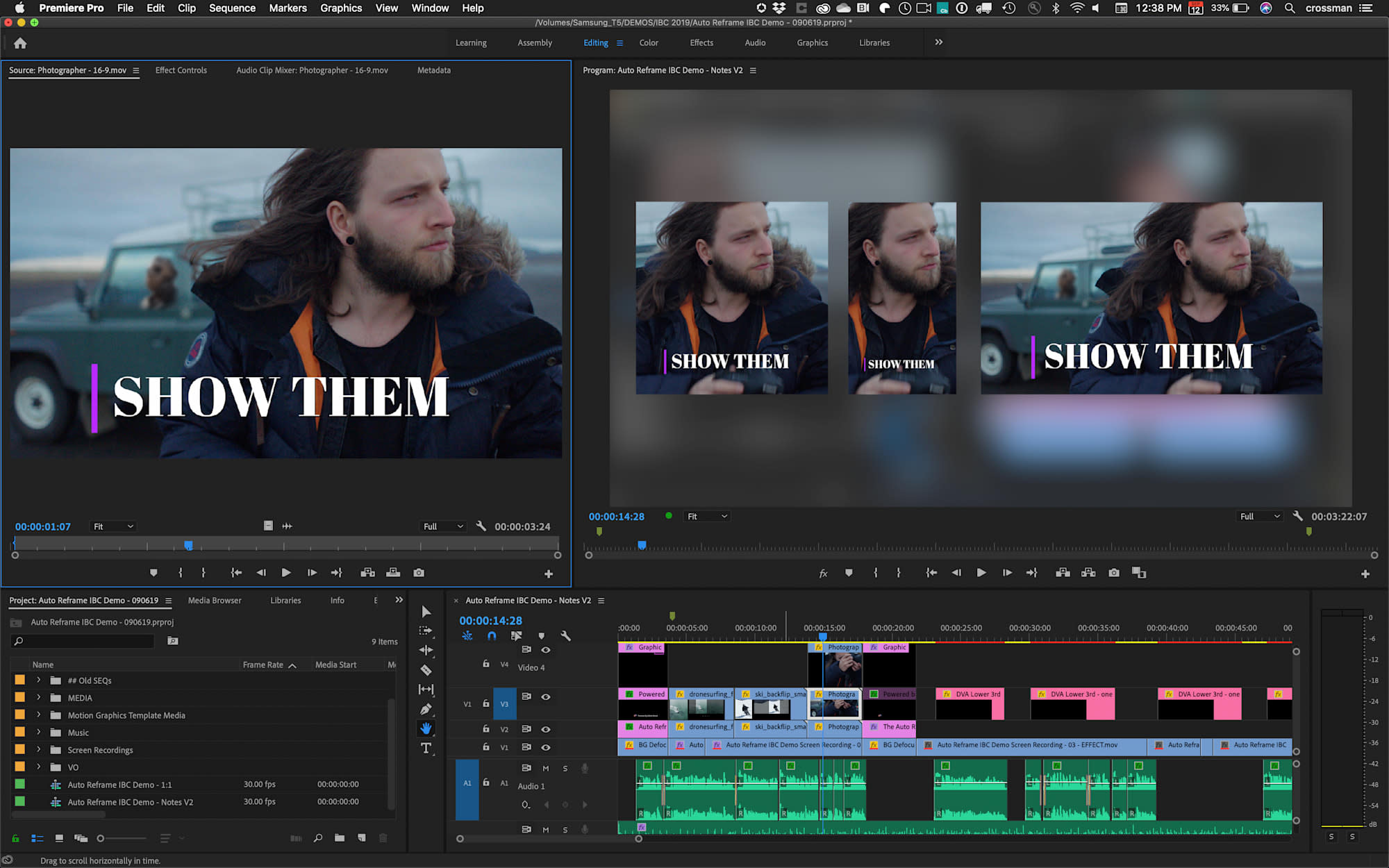 Reframing video footage to fit a different aspect ratio is a painful process. Simply changing your project's settings from a widescreen aspect ratio to a square one won't cut it; you'll also have to shift the footage around to keep all the action in the reduced frame. Auto Reframe in Adobe's Premiere Pro will do that shifting automatically from now on. Revealed today at the International Broadcasting Convention, this feature will help editors quickly create videos suitable for different platforms, something that can take hours when done manually.

If you were around during the VHS era, you may already be familiar with the process of changing aspect ratios. "Pan and scan" editing was used to convert 16:9 theatrical movie prints into 4:3 home videos. Editors had to move the footage frame by frame to make sure all relevant visuals stayed on-screen. Today, editors have to do the same when creating multiple versions of the same video. For example, an editor's main task may be to create a 16:9 video to be published on YouTube, but he may have to create a square version of the video for Instagram as well.

"With Auto Reframe, users can simply drag the effect onto the individual clip or clips they wish to reframe and it does the work for them, saving countless hours," says Adobe. The effect is powered by Adobe Sensei, the company's AI and machine learning engine that automates tasks throughout the Creative Cloud software suite. Sensei analyzes each frame of the footage and creates keyframes (basically time-based coordinates) that follow the action and adjust the framing accordingly. This will cut the time it takes to create a new version of a video from hours to minutes. And for editors, who are often freelancers or contractors, time is money.

In this article: adobe, adobe creative cloud, adobe sensei, ai, av, creative cloud, gear, machine learning, personal computing, personalcomputing, premiere pro, software, video editing
All products recommended by Engadget are selected by our editorial team, independent of our parent company. Some of our stories include affiliate links. If you buy something through one of these links, we may earn an affiliate commission.