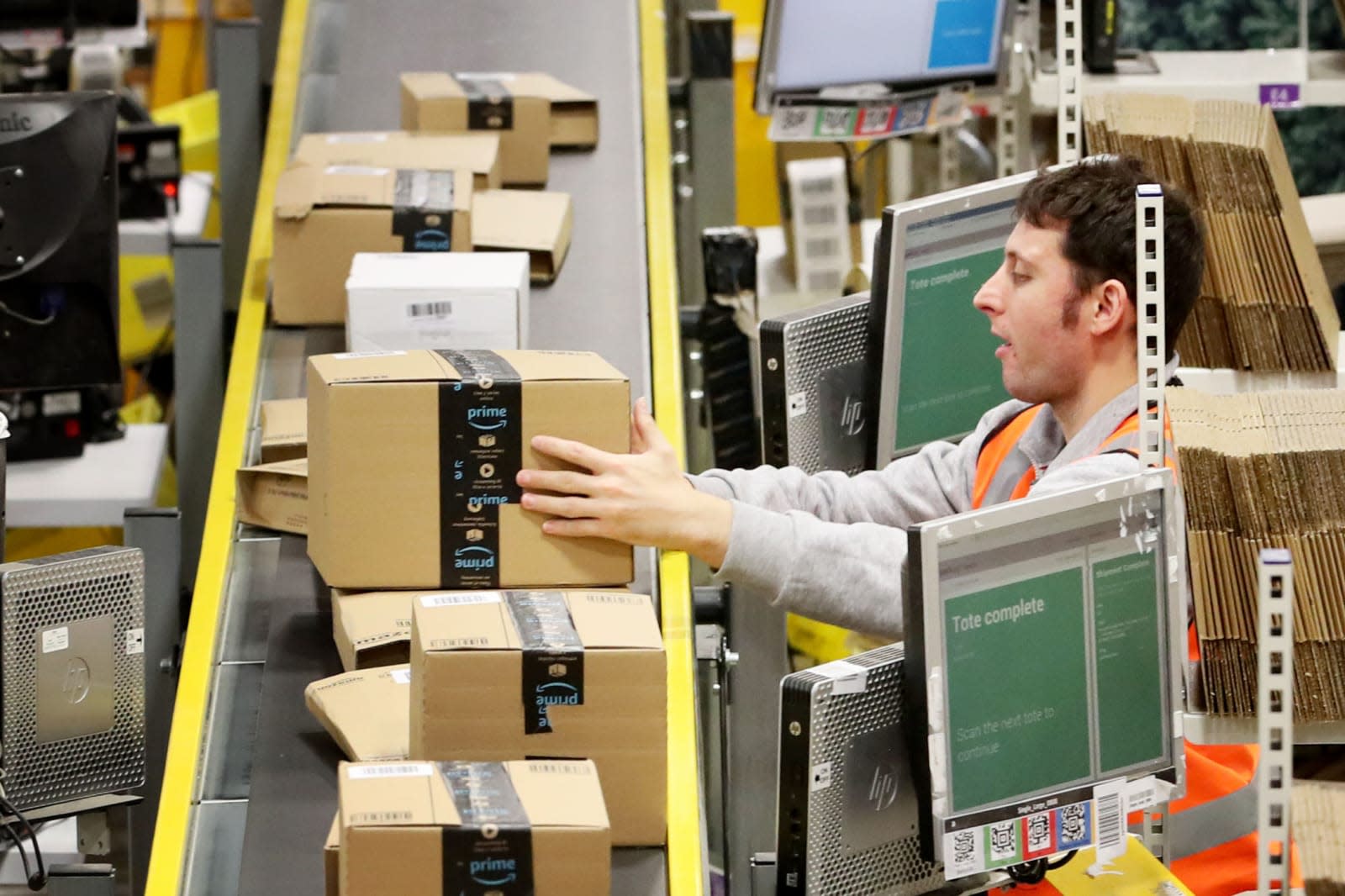 Think Amazon is a little too eager to sign you up for Prime? You're not alone. The UK ad industry's Advertising Standards Authority has ruled that an Amazon promo for Prime was "likely to mislead" and could have tricked users into subscribing to the service. A page in the checkout process pitched a 30-day Prime trial and prominently displayed a gold "order now with Prime" button, complete with a gray box promising "free one-day delivery," but relegated the skip option to a plain, subdued "continue and don't gain Amazon Prime benefits" link. This may have made it look like the only two options were the gold and gray boxes signing you up for Prime, the ASA said.

Amazon provided data reportedly indicating that customers knew there was an option to continue without using Prime, and that only a tiny number of people who signed up for Prime at that page cancelled within three days. Those who kept it for longer made use of Prime both during the trial and (if they kept it) afterward. Amazon saw the presentation as a "normal and universally accepted way" to show options on a site, according to the ASA.

However, the authority took issue with Amazon's version of events. The evidence didn't show that everyone who clicked on the "order now with Prime" button did so intentionally, or that those who skipped Prime hadn't first clicked on the subscription option by mistake. It was also unclear as to whether or not people who paid for Prime had meant to do it or simply forgot the trial was running.

The ASA couldn't legally force Amazon to make changes, but did tell the company that it had to present options "clearly and prominently" in the future.

In a statement, Amazon claimed that "millions of transactions" showed that people had "positive experiences," and downplayed the ruling as the result of a "handful of complaints" and a "subjective opinion." It intended to continue talking with the ASA. However, it might not get very far. While it's true that many companies try to deemphasize free or lower-cost options, that doesn't make their practices acceptable. Also, advertising overseers are supposed to take action based on the authenticity and seriousness of complaints, not the number of people who make those complaints.

This is gross and underhand, @amazon. You make it look like the yellow/grey box are the only two options (when in fact it's all one button) by placing them in the active portion of the screen and hiding 'continue without prime' in a link instead of a button. DO BETTER. pic.twitter.com/OVOCqzeHfq

In this article: advertising, Advertising Standards Authority, amazon, amazon prime, asa, e-commerce, gear, internet, marketing, regulation, shopping
All products recommended by Engadget are selected by our editorial team, independent of our parent company. Some of our stories include affiliate links. If you buy something through one of these links, we may earn an affiliate commission.