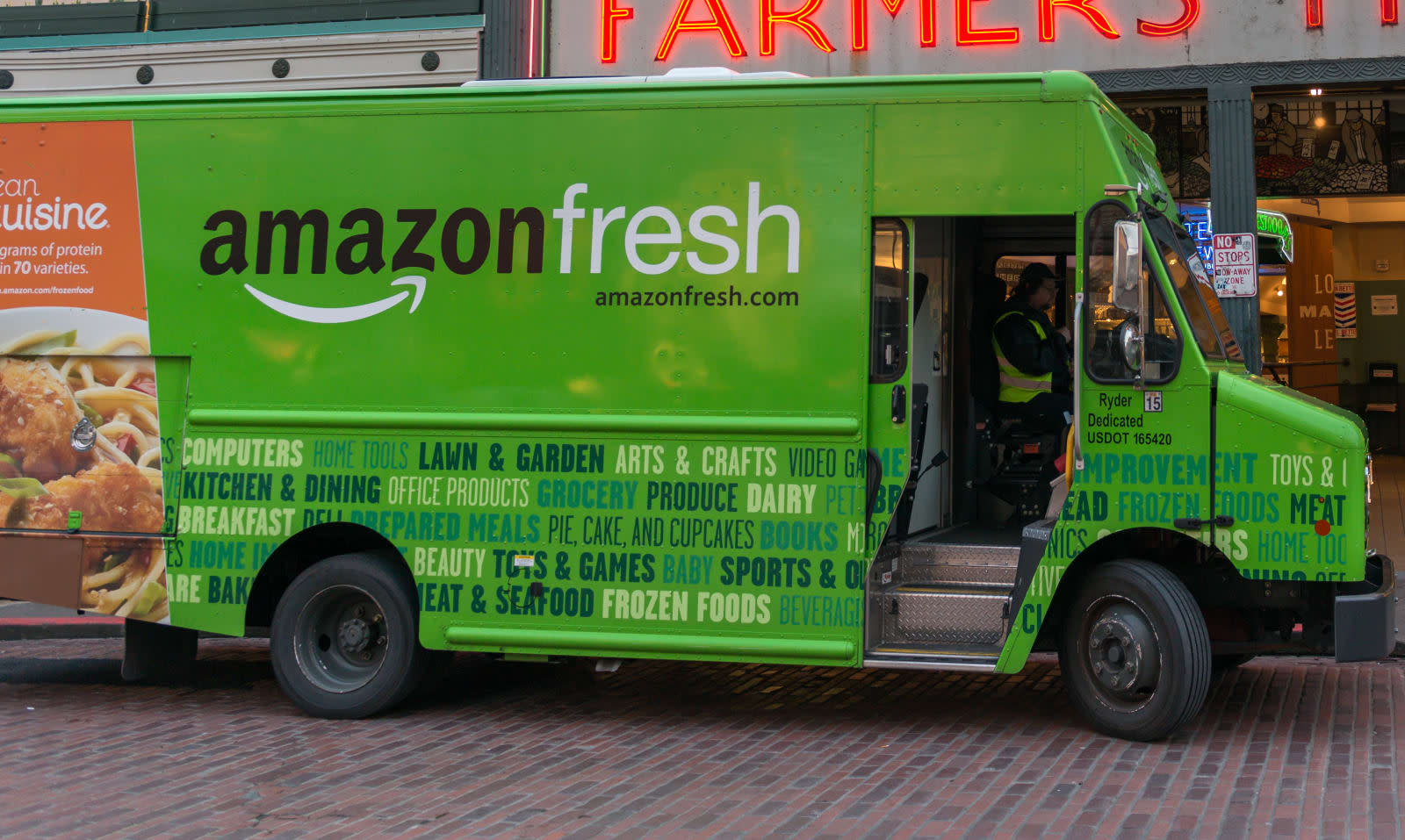 Amazon is ditching its $14.99 a month Amazon Fresh fee for Prime members. Prime subscribers in the 2,000 US cities where the fresh food delivery service is offered can use it for free and take advantage of new one- and two-hour delivery windows. Shopping from Whole Foods is also an option here, and it's subject to the same quick delivery times. You can sign up here but you'll have to wait for an invitation -- as Amazon says, "We expect this will be a popular benefit."

Amazon has been experimenting with its Amazon Fresh pricing for a while now. Initially costing $99 a year plus delivery fees, and then $299 a year including delivery fees, the service has been charged at $14.99 a month since 2016. Bundling it in with Prime represents pretty good value, then.

It's likely that Amazon will lose out on some subscription revenue, but the move could encourage more people to actually use the service, which is where Amazon will recoup any losses. The company hasn't revealed any details on the numbers involved, but does say that grocery delivery is "one of the fastest growing businesses at Amazon." Indeed, it's facing stiff competition from other companies such as Walmart, Postmates and Doordash -- and in the UK grocery stores already offer this kind of service as standard -- so it makes sense that Amazon would be pushing extra hard in this area.

Update 3:21PM ET: This post has been update to clarify that free deliveries from both Amazon Fresh and Whole Foods are available for Prime members.

In this article: amazon, Amazon Fresh, business, delivery, fee, food and drink, food-and-drink, foodanddrink, gear, grocery, internet, membership, Prime, services, shopping, subscription, thebuyersguide, entertainment
All products recommended by Engadget are selected by our editorial team, independent of our parent company. Some of our stories include affiliate links. If you buy something through one of these links, we may earn an affiliate commission.