Tipping is ubiquitous to the American service industry with consumers encouraged to give "a little something extra" to their waiters, bartenders, and baristas, dry cleaners, dog-walkers and delivery drivers. But it wasn't always like this. The practice of tipping started in England and made its way to our shores at the turn of the 18th century where it met strident social opposition. Deemed the "vilest of imported vices" by an 1899 NYT op-ed, anti-tipping sentiment reached its peak in 1915 when six states outlawed the practice outright. Since then, tipping has grown into the status quo, so much so that restaurants are allowed to pay their tipped staff less than the federal minimum wage and nobody even bats an eye, though the practice is once again falling out of favor -- this time at the hands of the gig economy.

The US Bureau of Labor Statistics defines those providing their labor in the gig economy as "independent workers." Their jobs range from day labor, seasonal workers, substitute teachers, or "Intermediate contractors who are self-employed but connect with clients through an online marketplace or other intermediary, which include drivers hired via peer-to-peer ridesharing apps." Virtually all independent workers are considered self-employed and typically hired to perform short-term, discrete tasks. This system theoretically empowers workers more flexibility in when and how long they work while employers can better handle seasonal changes in labor demand without having to worry about providing benefits like healthcare.

The rise of the gig economy has also changed the relationship between workers and customers, specifically in the matter of tipping which puts more than $42 billion dollars of income into the pockets of workers in the American food service industry alone. Dr. Michael Lynn, professor of consumer behavior and marketing at the Cornell University School of Hotel Administration, points to five major motivations behind Americans' traditional tipping practices.

"One is to repay reward servers for the work they do -- reciprocity," he told Engadget. "You've done a favor for me, I need to reciprocate. Here's some money." Lynn also points out that tipping big can help ensure better future service, especially if the customer expects to return regularly. Customers will also tip as a means of displaying social status by showing off their wealth with big tips, like the patron who ordered two waters and left a $10,000 tip at a North Carolina restaurant in 2018. Another reason is to help the server. "In many cases, people know servers make substandard wages, below the standard minimum wage," Lynn continued, and will tip as a means of altruism. Finally, many Americans simply see it as a social obligation or duty to tip. Nobody wants to be seen by their peers as that cheapskate who left $0 on a $300 tab.

However, tipping only serves as a moderate motivator to wait staff. In a 2001 study, Lynn found that service quality accounts for less than 2 percent of tip amount variance. "There is in fact a weak relationship," Lynn explained. "Tips are not strongly related to service." That's not to say that the only reason servers show up each shift is for the chance to take home tip money.

"They have to provide a certain level of service just to keep getting fired," Lynn continued. "And many people will work in providing a good level of service because they take pride in their work. Tips aren't the only motivations do a good job."

But they sure help. 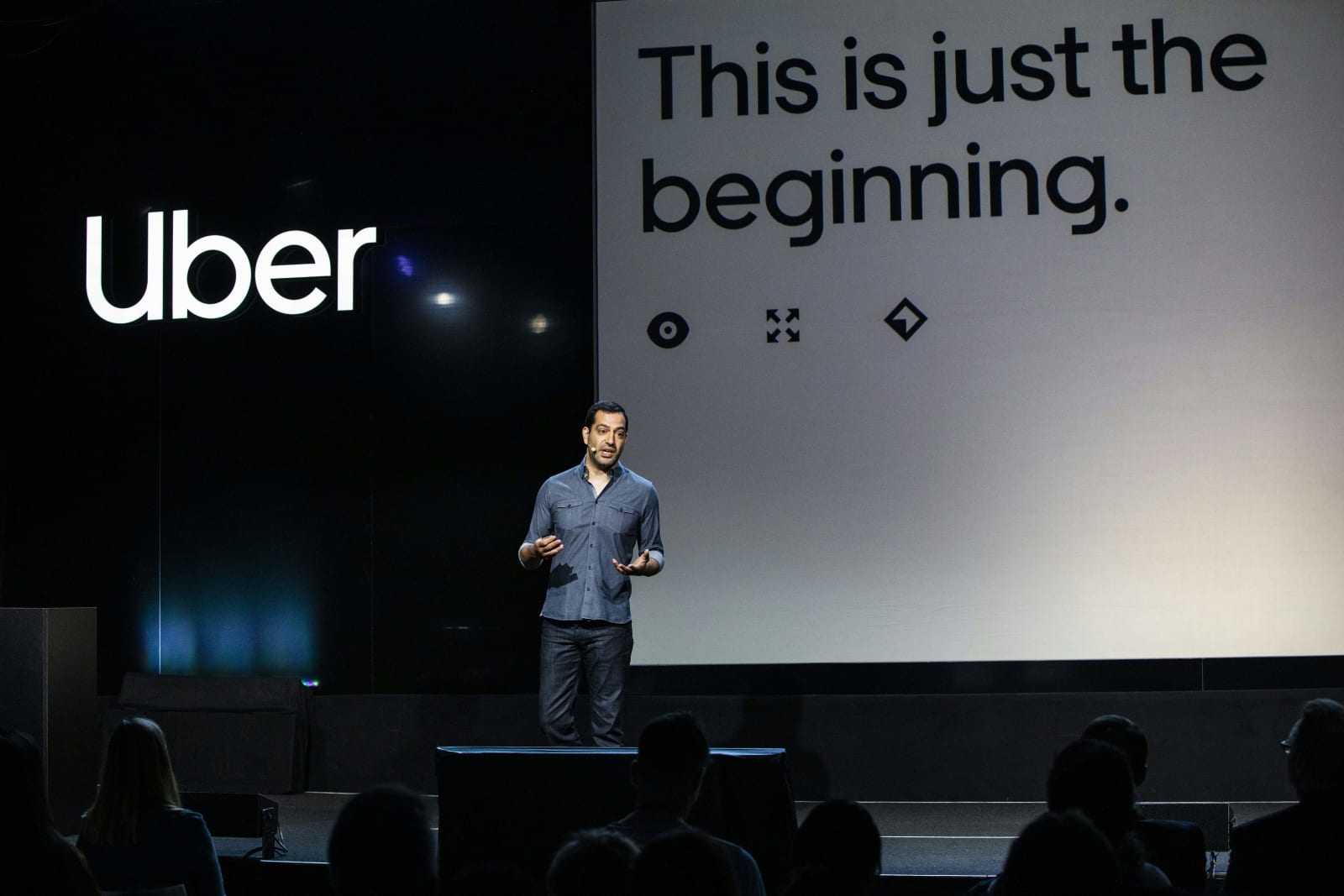 In a 2017 study, Lynn notes that the rise of the gig economy is associated with a decline in tipping norms, especially among the younger adults who constitute the largest user base of gig economy services. A subsequent 2018 NYT post found that while traditional cabbies enjoy customary tips in excess of 20 percent of the base fare, Uber drivers generally only get around 5 percent of their base fares. To be fair, Uber introduced its ride-hailing service in 2009 and spent the next eight years telling passengers not to tip their drivers, right up until the company introduced its tipping feature in 2017. So it's not as though Uber customers have been socially primed to tip their drivers like they would a taxi, even though they were always free to give their driver a cash tip if they chose to.

In a study from the NBER, published earlier this month, a team of researchers from Stanford, UCSD and University of Chicago found some surprising contributing factors as to why that ride-hailing tip disparity exists. The study examined 40 million Uber trips conducted from August 18, 2017 through September 14, 2017. They found that only 16 percent of those trips ended with the driver getting a tip, and when they did, the average amount was $3.11 (around 26 percent of the fare).

Tips were typically highest (in both amount and frequency, $3.70 and 17 percent respectively), in the hours between 3 am and 5 am. That's usually when business travellers are getting off red eye flights or getting to the airport to catch the day's first plane out, and potentially expensing the ride to their company. Conversely, the study found that tips were lowest around midnight, earning drivers less than $3 on just 13 percent of their trips.

In addition to a driver's ability -- hard acceleration, breaking, and speeding were all found to be surefire ways to lose a potential tip. Their age, gender and ethnicity all played a role in how and how much extra they received. It should come as no surprise that younger female drivers are tipped at higher rates and amounts than their male colleagues, though that gap does close as the drivers' ages increase. Yes, it's for the same reason that Hollywood actresses stop getting cast after a certain age and how busty blonde waitresses consistently earn bigger tips than their less comely co-workers.

"Our results indicate that gender matters when it comes to tipping," the study authors concluded. "Gender also interacts with age, with men tipping younger women more than they tip any other group. We also show that tipping varies based on the demographic characteristics of where the rider and driver are from. As expected, we find that the quality of the ride matters as well, with higher quality generating higher tips."

It's not just Uber, the gig economy has also had an unexpected impact in the tipping norms of delivery drivers as well. A study out of MIT and Michigan State University this past May argues that because gig workers can work when they want and are paid per task, "market norms crowd out the internalized social tipping norms that compel some consumers to tip out of a sense of obligation or duty." Additionally, knowing that gig workers don't have to take a job if they don't want to can depress a user's willingness to tip.

Their study involved a pair of smaller studies; one using Foodler, which utilizes a restaurant's own employees as delivery drivers; the other using GrubHub, which relies on third-party drivers.

For the Foodler test, the researchers ordered 115 times to the same Boston-area address over the course of five years, alternating between tipping up front and withholding tip until the food actually arrived. They found that, when withholding the tip, their orders arrived around seven minutes faster on average compared to tipping up front (38.77 minutes and 45.67 minutes, respectively). "We also found that when tips were provided upfront, drivers tended to deliver food faster when the tips were larger," the study authors wrote, "despite seemingly not having any additional incentive to do so besides feelings of goodwill or reciprocity."

"It suggests that tipping norms decline in the gig economy not because services are ordered online or over a smartphone app," the authors concluded, "but because the workers have control over whether they work at that time."

Conversely, GrubHub drivers are independent workers, not employees of the restaurant you ordered from. The researchers hypothesized that because GrubHub drivers only see a composite price on the delivery as a whole (that is, they don't see how much tip is included, just the total), they "would be less likely to even notice tips in the first place, and the size of upfront tips would have little impact driver performance."

Testing this involved 12 volunteers ordering 154 meals through the online service. The average delivery time across all orders was just under 40 minutes. Even when controlling for cuisine variety, order subtotal and distance from the restaurant, only distance showed a significant effect on delivery speed, adding 6 minutes per mile on average. "A simple regression of average time on tip percentage up front also found no effect," the study authors wrote, "suggesting not only that the timing of tips did not matter, but also their size."

It appears that hiding the tip amount from GrubHub drivers (who rarely receive tips once they arrive), motivates them to complete deliveries faster so as to complete more deliveries per shift. Restaurant delivery drivers have the opposite motivation (get more and bigger tips) and therefore prioritize some deliveries over others depending on who's doing the ordering.

One way in which restaurant and GrubHub drivers are alike is in how their tips can impact their paychecks. In a number of states, restaurants can legally pay tipped workers less than the state and federal minimum wage because they make tips. It's called the tip credit.

"Essentially, employers are allowed to credit some of the tips servers make toward their wages and pay them more wages as a result," Lynn explained. The restaurant is still paying those workers a flat hourly wage, "it's just lower than what the cooks are making."

Lynn sees nothing wrong with this, so long as all parties are up front about the arrangement. "The idea that tips would supplement or replace wages, at least conceptually, that happens in restaurants all the time," he said.

In DoorDash's case, "the only real problem with it is that many consumers weren't aware of the policy," Lynn continued. Customers thought that they were helping their driver with their tips unaware that every extra dollar given reduced the wages the driver received. "And so, DoorDash was keeping money that customers thought they were giving to the server that was augmenting the servers income." Unsurprisingly, public reaction to this revelation was fierce and negative, prompting the company's CEO, Tony Xu to tweet:

1/ After a year of research and conversations with thousands of Dashers, we built a pay model to prioritize transparency, consistency of earnings, and to ensure all customers get their food as fast as possible.

"There's nothing wrong with that if everybody knows that up front. The employees knew it up front, they signed a contract, but the customer, in many cases, didn't know that. And so, arguably DoorDash could have, should have, done more to communicate their compensation policy to consumers. As long as everybody knows about it, what's the harm?"

All products recommended by Engadget are selected by our editorial team, independent of our parent company. Some of our stories include affiliate links. If you buy something through one of these links, we may earn an affiliate commission. All prices are correct at the time of publishing.
View All Comments
Tipping point: The gig economy hits delivery drivers in their wallets
business
Cornell University
DoorDash
economy
gear
gig economy
Grubhub
tipping
tips
tomorrow
UberEats