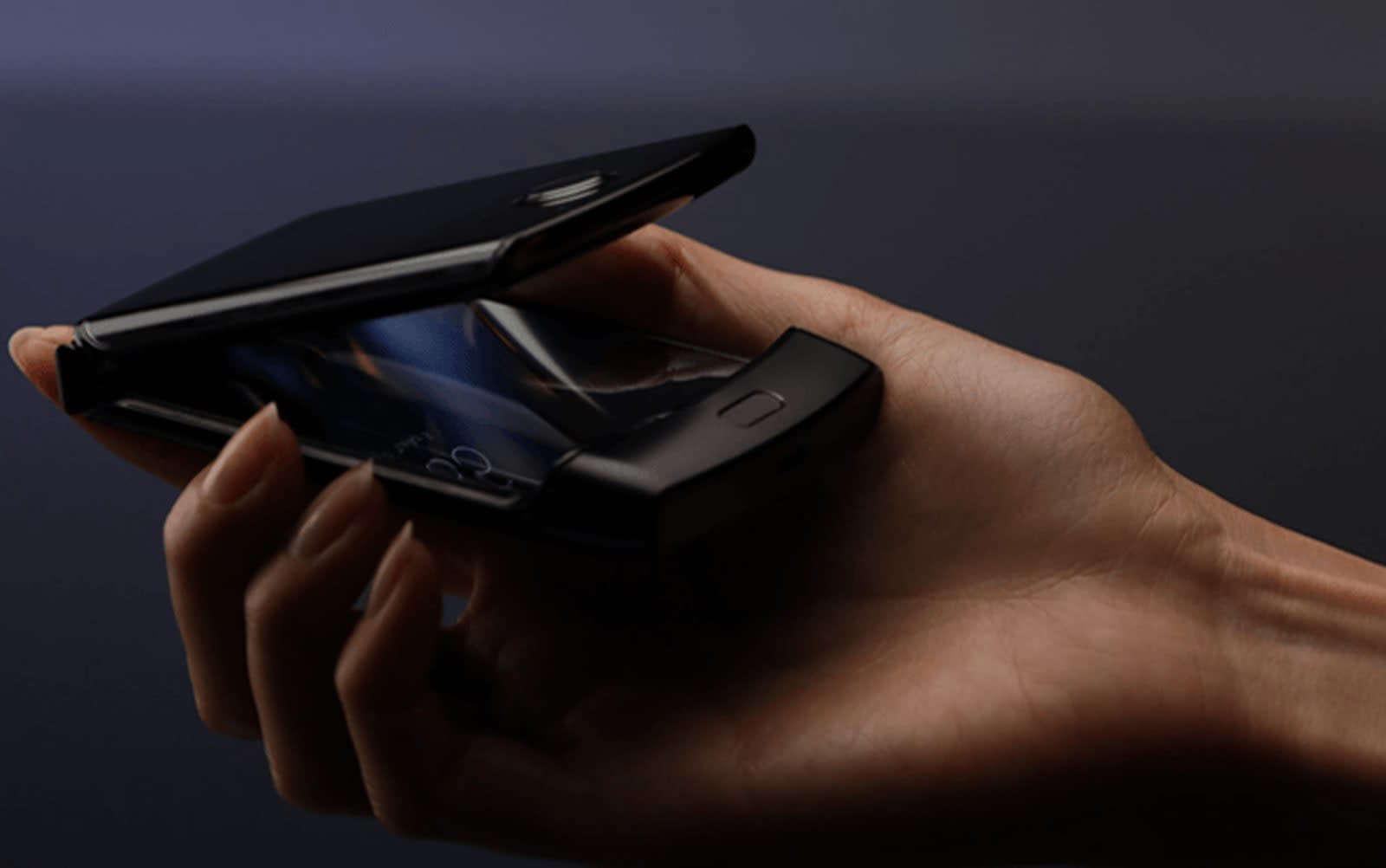 Perennial leaker Evan Blass has shared what looks like our first offical look at Motorola's upcoming foldable display RAZR phone. In contrast to the fan render Motorola used to tease the phone back May, the image Blass shared appears to be an official marketing image. Unsurprisingly, the device looks a lot like the original RAZR, complete with a thick bottom lip. Thanks to the flip phone factor of the device, it looks like the front-facing camera will allow you to take both selfies and regular shots by folding out the display. There's also what appears to be a front-facing fingerprint sensor on the chin.

While it's best to treat any spec leak skeptically, you may want to be even more skeptical of this one. Qualcomm's 700-series chips have mostly been seen in the Chinese market, and to our knowledge no US carrier has sold a phone with the Snapdragon 710. For a phone that's reportedly supposed to be a Verizon exclusive, it would be a strange choice. There is always a chance that a European model may ship with a different processor to Verizon's unit, just as Samsung's flagship phones often do.

Motorola will likely officially announce the new RAZR on November 13th when the company hosts a press event in Los Angeles. The company hasn't exactly hid the fact that it plans to bring back the RAZR. When it sent invites to the event, Moto said it would feature the "highly-anticipated unveiling of a reinvented icon."

In this article: foldable phone, gear, leak, lenovo, mobile, Motorola, RAZR, smartphone
All products recommended by Engadget are selected by our editorial team, independent of our parent company. Some of our stories include affiliate links. If you buy something through one of these links, we may earn an affiliate commission.