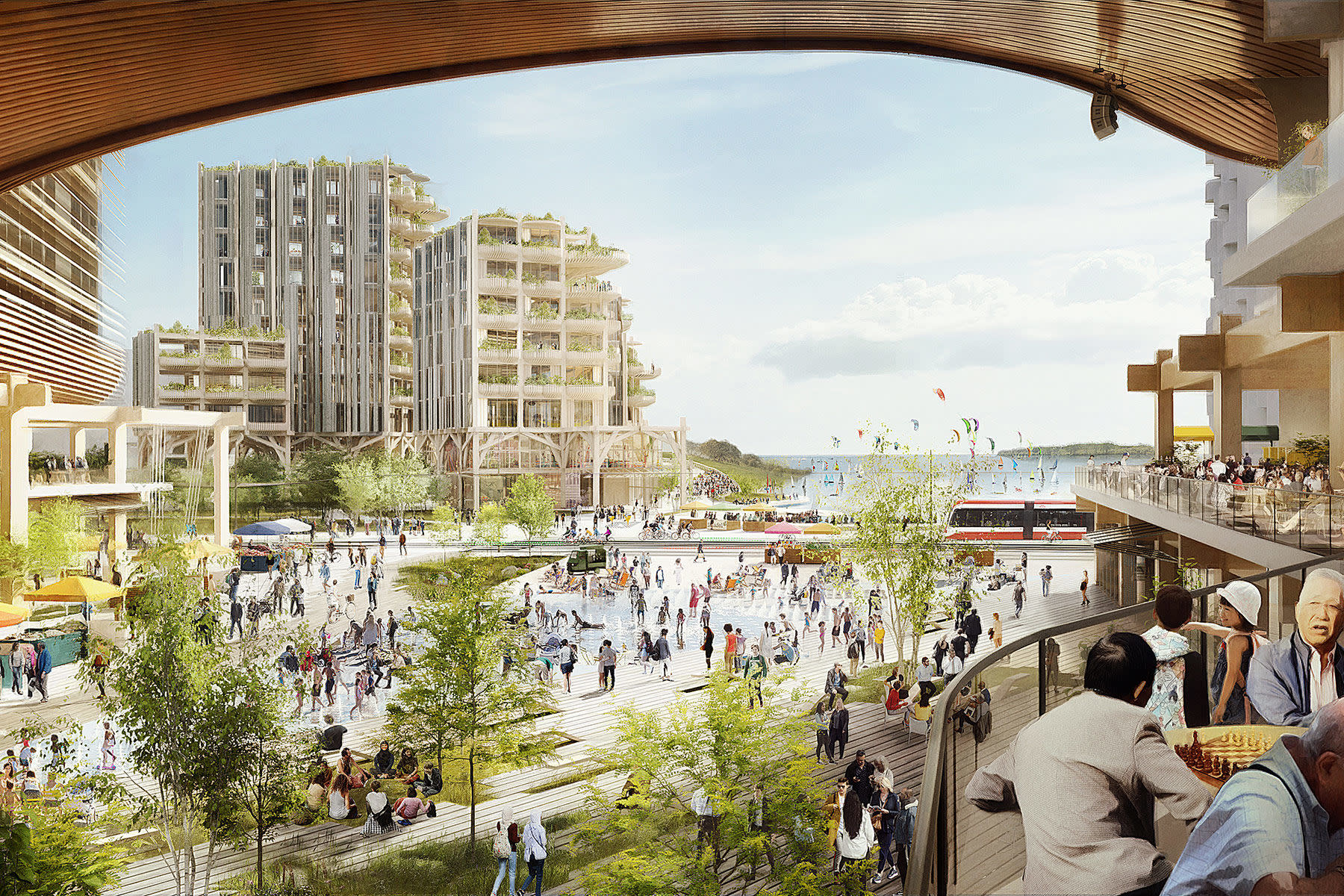 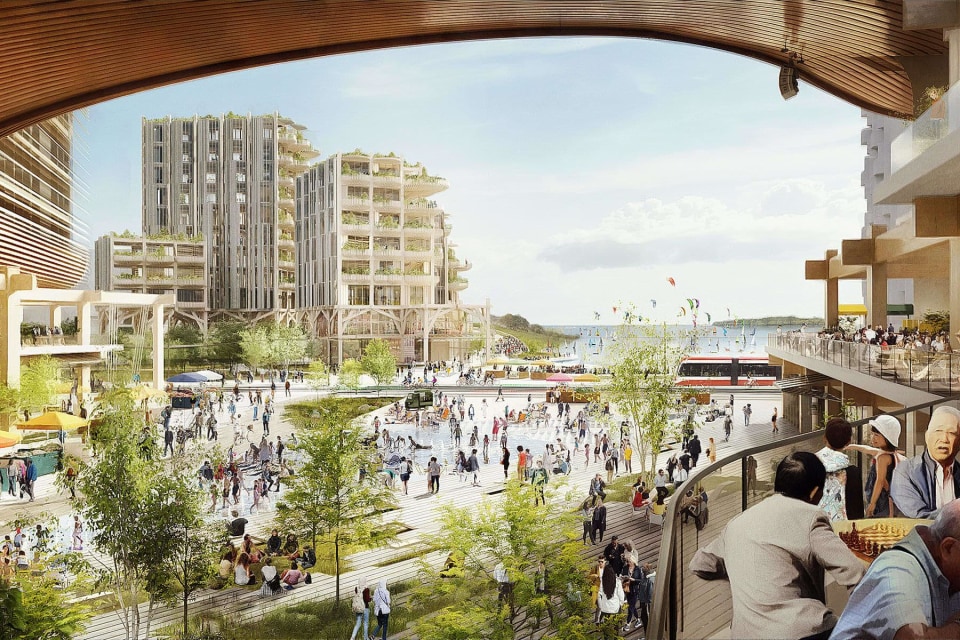 Sidewalk Labs, the part of Google-parent Alphabet that's focused on futuristic cities and urban development, has agreed to compromise on a proposed smart neighborhood in Toronto. Back in June, the company submitted a draft MIDP (Master Innovation and Development Plan) for Quayside, an ambitious redevelopment project overseen by Waterfront Toronto. The publicly-funded organization immediately found issues with some of Sidewalk's suggestions, though, that needed to be fixed before it could formally consult and evaluate the plan.

Sidewalk and Waterfront Toronto needed to find common ground, otherwise either party could have potentially walked away and killed the entire project. Today, though, Waterfront Toronto has published a series of "realignments" over what it considers "threshold issues." And, in short, Sidewalk Labs has agreed to all of Waterfront Toronto's demands, walking back proposals that would have increased the land involved and made it the lead developer.

Waterfront Toronto's Board of Directors voted unanimously to proceed with a formal evaluation of the Quayside proposal, after Sidewalk Labs agreed to critical changes to address the concerns raised by the public and our Board: https://t.co/iDnZ6o3P7c

To understand the walkbacks, though, we need to recap the project's history.

Sidewalk Labs bid for the Quayside project -- or rather, the opportunity to develop a fully-formed proposal -- in early 2017. The company was declared the winner in October and marked the occasion by publishing the 200-page "vision" section of its RFP (request for proposal) document. It described a neighborhood with buildings made from timber and other eco-friendly materials, underground tunnels for waste disposal and delivery robots, and a network of sensors that can monitor noise, traffic and pollution.

A Framework Agreement between Sidewalk Labs and Waterfront Toronto said that a final proposal, called the Master Innovation and Development Plan (MIDP), would be developed over the next 12 months. Sidewalk Labs then started researching the feasibility of its ideas and consulting with a mixture of experts and Toronto residents. In June 2018, Sidewalk Labs said it needed more time and pushed the MIDP release back to "spring 2019." A Plan Development Agreement published the following month said the partnership could be scrapped if the MIDP doesn't have Waterfront Toronto approval before October 2019.

Sidewalk Labs revealed more of its early thinking through live events, blog posts, PDF reports and podcasts during this research phase. One of the most divisive proposals was an independent trust that would analyze, approve and monitor all forms of data collection in Quayside. Dr. Ann Cavoukian, a privacy expert and consultant for Sidewalk Labs, resigned over the proposal because she wanted all data collection to be anonymized at the source. Sidewalk Labs could promise this for its own initiatives but said it couldn't force other providers because the trust and its approval process would be independent. 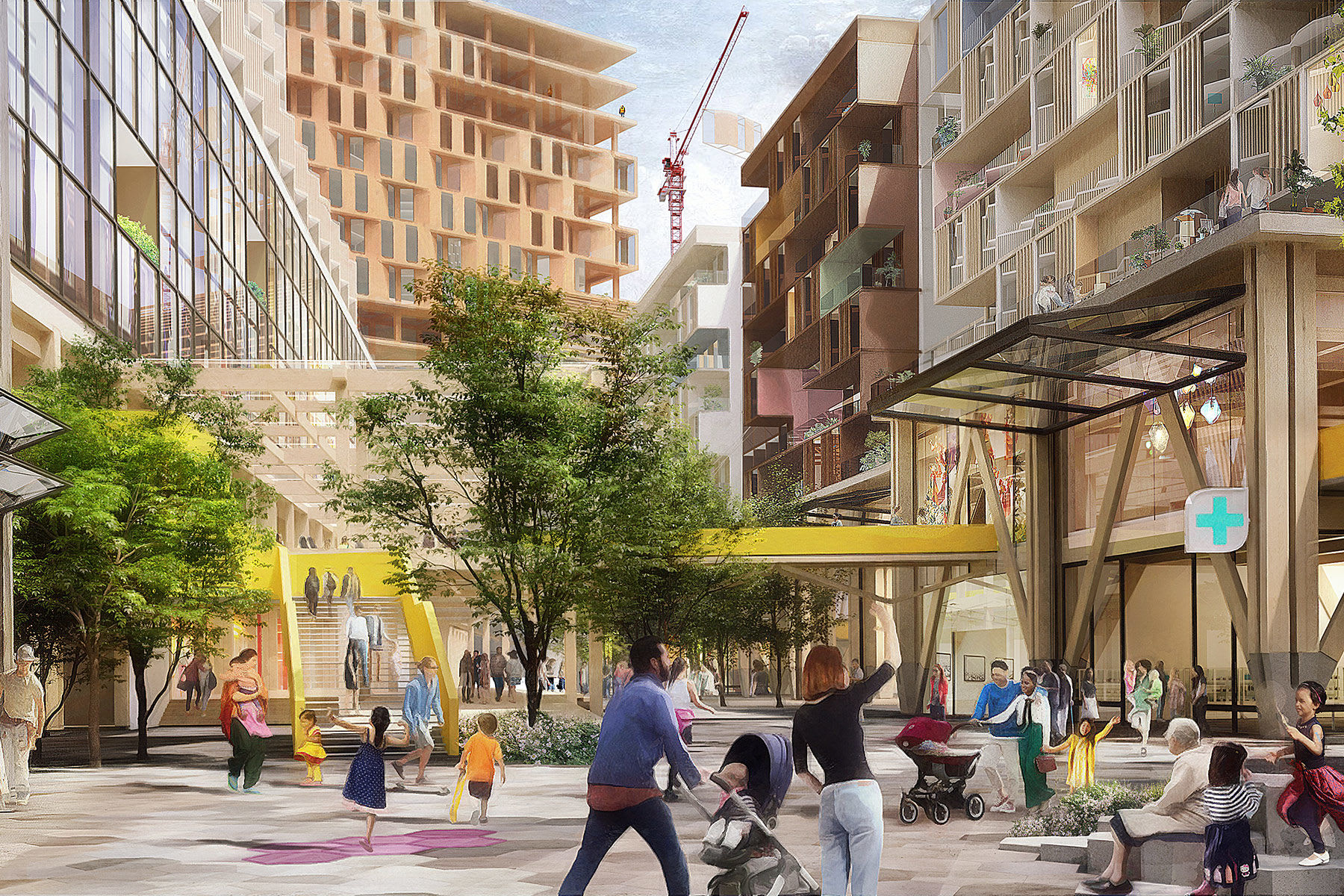 Sidewalk Labs published the first version of its MIDP in June. The document was over 1,500 pages long and split into four downloadable volumes. It was extensive and included new proposals that caught both the public and Waterfront Toronto off guard. Sidewalk Labs said it wanted to expand beyond Quayside with a 62-hectare River District that would comprise of five neighborhoods: Keating East, Villiers West, Villiers East, Polson Quay, and McCleary. Google also asked to be the lead developer at Villiers Westand to build a new Google Canadian headquarters on the 8-hectare land.

The ambition wasn't a complete shock. In its original RFP submission, Sidewalk Labs argued that Quayside should be a "launchpad" for the Eastern Waterfront. "As waterfront development expands across Keating Channel to the south and east, each successive stage will adapt and expand upon the initial concepts and ideas prototyped in Quayside," it said.

In an open letter, Waterfront Toronto said the proposed expansion was premature. "Waterfront Toronto must first see its goals and objectives achieved at Quayside before deciding whether to work together in other areas," Steve Diamond, the chair of Waterfront Toronto's board of directors said. "Even then, we would only move forward with the full collaboration and support of the City of Toronto, particularly where it pertains to City-owned lands." It also rebuffed Sidewalk Labs' proposal to be lead developer and reiterated that it would go through a "competitive, public procurement process" instead.

Other proposals included a light-rail extension that Waterfront Toronto said it couldn't guarantee. The publicly-funded organization also said it needed more information about its proposed data trust and digital governance ideas to understand if they would be legal.

As expected, the agreement with Sidewalk Labs realigns the scope of the project from a 190-acre proposal to just Quayside, a 12-acre site, with the IDEA District concept removed and any personal data being stored and processed in Canada. pic.twitter.com/FIge1Zt0AR

Today, Sidewalk Labs has ceded ground on all of these so-called "threshold issues." The scope of the project has been re-established as Quayside, and only Quayside. "Based on [the] performance at Quayside, Waterfront Toronto recognizes that new jobs and economic development opportunities could result from future expansion," Waterfront Toronto said. The publicly-funded organization has also stood firm and said that Sidewalk Labs will partner with other real estate developers for the vertical development of Quayside. "Waterfront Toronto will engage Sidewalks Labs in a collaborative effort to integrate municipal and advanced infrastructure innovations, where appropriate," it said in an overview document today.

In addition, Waterfront Toronto reiterated that it doesn't have the power to approve public funding necessary for the light-rail extension. It will, however, continue to support and advocate for a better network. The organization also said that it would lead on all of the privacy and digital governance issues related to the project. Sidewalk Labs can't demand an independent data trust in its MIDP document, either -- though it's possible something similar will be discussed and agreed upon by the two parties.

Dan Doctoroff, CEO of Sidewalk Labs, said he was "encouraged" by today's decision "pleased" that his company had reached an agreement with Waterfront Toronto. "We are looking forward to the next round of public consultations, entering the evaluation process, and continuing to develop a plan to build the most innovative neighbourhood in the world," he said.

The Quayside project isn't dead. It's behind schedule, though, and there's an increasing wariness from both the public and legislators. "Let me be clear: this is not a done deal," Diamond said in an open letter today. "There is still much work to do before a final decision. While a final Board decision whether or not to proceed has yet to be made, we are pleased that we are now able to move to the evaluation stage on a project that has the potential to create new jobs and economic development opportunities, a create carbon-neutral neighborhood, and more affordable housing units."

What happens next? Presumably, Sidewalk Labs will need to amend its draft MIDP and submit it once more for evaluation. Waterfront Toronto will also meet with the public "later this fall" to clarify what has been agreed upon today and how it will make a decision on the project. The final judgment, he said, will be made by Waterfront Toronto's board by March 31st, 2020. "The public have my assurance that there will be more opportunities to have its say and inform the evaluation and any subsequent decisions by Waterfront Toronto and its Board." Diamond said.

In this article: alphabet, business, canada, google, politics, quayside, sidewalk labs, smart city, smart neighborhood, tomorrow, toronto
All products recommended by Engadget are selected by our editorial team, independent of our parent company. Some of our stories include affiliate links. If you buy something through one of these links, we may earn an affiliate commission.