Now that it's November, we've reached the release date of Apple's streaming video service, Apple TV+. MacRumors points out an Instagram story post for one of its shows, The Morning Show, with an embedded countdown set for 1PM ET/10 AM PT. That's Apple's favorite time to push out software updates, so it's not surprising they'd pick the same time to launch their original TV efforts.

Oddly, while the story for See is also marked for 1PM ET, other shows like For All Mankind and Dickinson have a countdown set for 3 PM. We'll see if they all launch at once or are just staggered, but some people are already able to access the service on their Apple devices.

The Apple TV+ service will cost $4.99 per month, but there's a seven day free trial available to everyone, and if you purchase new hardware -- iPhone, iPad, iPod touch, Apple TV, or Mac -- then there's a free year waiting. If your device was purchased since Apple's press conference on September 10th, then all you should need to do is log in on that machine and open the Apple TV app, where a prompt will initiate the one year trial period. 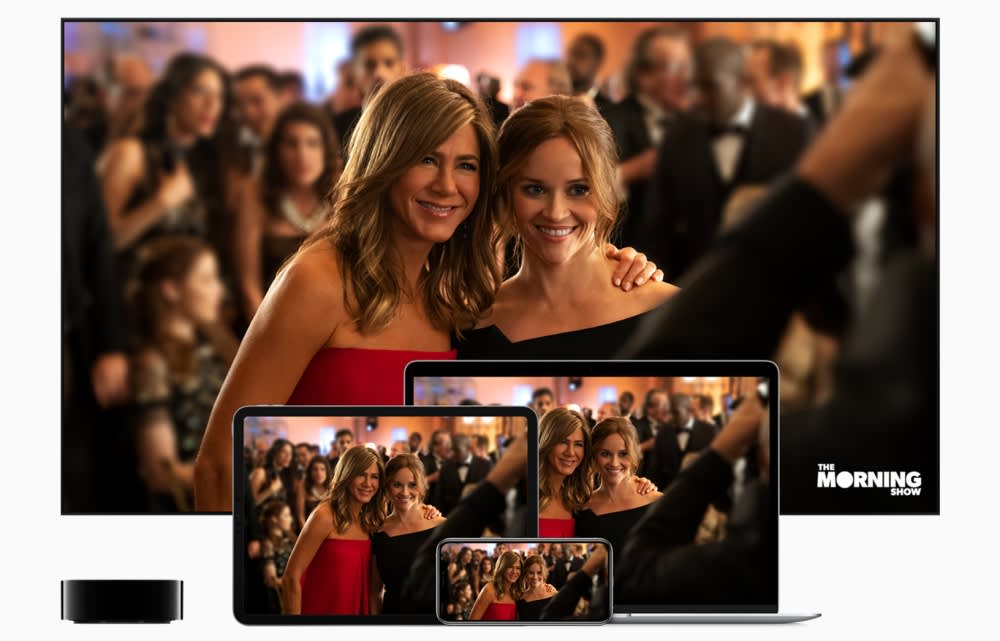 On iOS and macOS users can download videos for offline viewing, all the shows are promised in up to 4K quality with Dolby Vision HDR, plus Dolby Atmos audio for most of them. It's unclear how strictly Apple will monitor shared account streaming, but each TV+ subscription is good for use with six accounts using Family sharing, each with their own profile and preferences.

Apple's original TV shows and movies are also viewable on the web at tv.apple.com. At launch viewers can choose between new episodes of For All Mankind, The Morning Show, See, Helpsters, Dickinson, Ghostwriter, Snoopy in Space and Oprah's Book Club. Reviews of the initial lineup have been unenthusiastic, but perhaps you'll enjoy them more if you're not watching on deadline. Plus, that free year subscription means Apple has time to brute force its way into being something worth paying $5 per month for.