CEO Tim Cook said the service will have new originals every month.

Apple's upcoming video streaming service, which will be known as Apple TV+, is launching on November 1st for $4.99 per month. CEO Tim Cook made the announcement during the company's 2019 iPhone event, where he also revealed that people who buy an Apple TV, Mac, iPhone or iPad (starting today) will get a free one-year subscription to the service. Apple has spent the past few months teasing the original series that will be on Apple TV+, including For All Mankind, The Morning Show and Dickinson. And Cook revealed another one on stage today: See, a drama starring Jason Momoa that's set in a world 600 years into the future where humans have no sight.

In the UK, Apple TV+ is going to be available for £4.99, and the company says the service will be in more than 100 countries from day one. That's an area where Apple will have an advantage over new rivals in the space like Disney+, which so far is only expected to launch in the US, Canada and the Netherlands on November 12th, followed by Australia and New Zealand on November 19th. What's more, in addition to See, For All Mankind, The Morning Show, Dickinson and others, Apple says it will be adding originals to Apple TV+ every month. 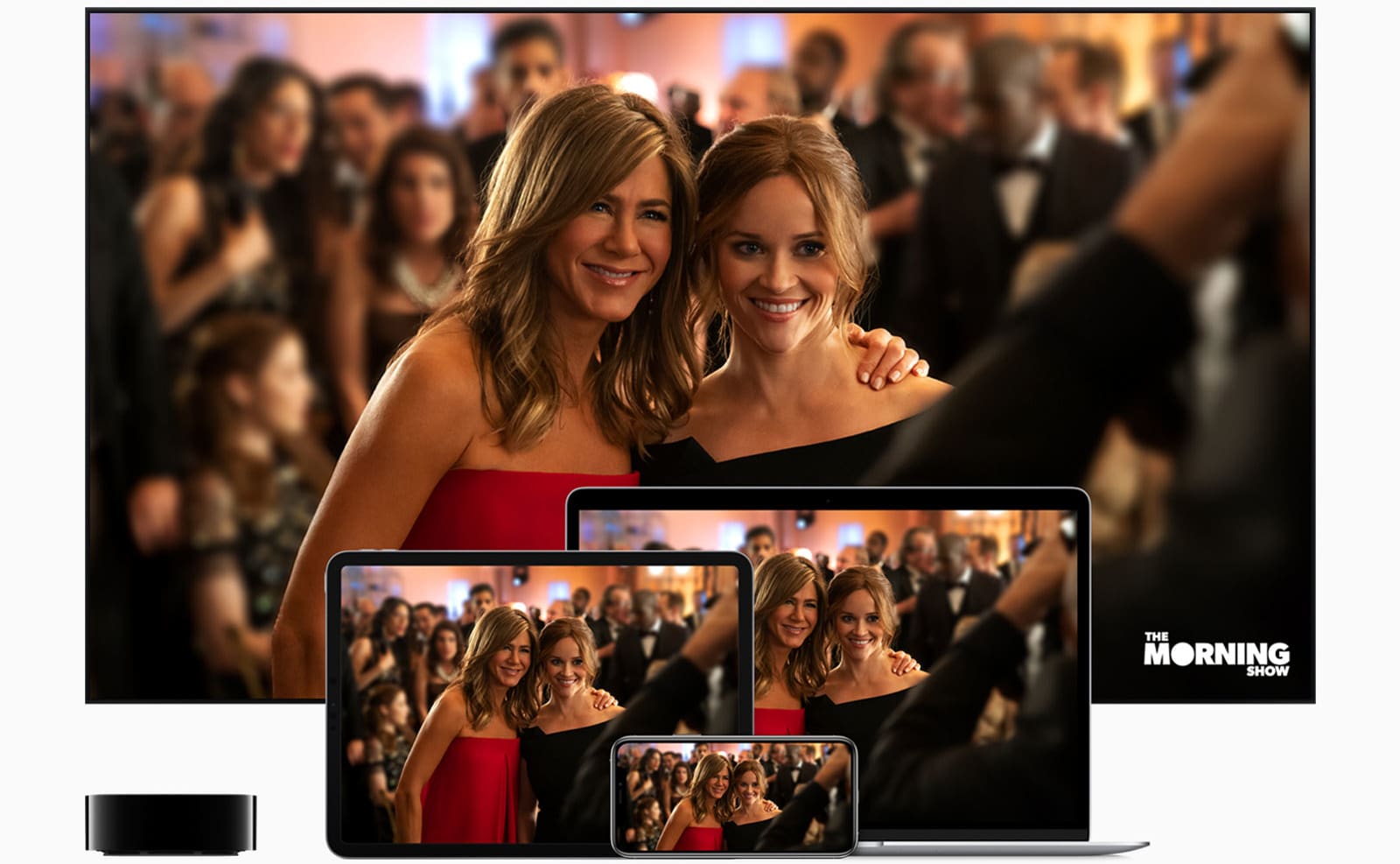 Apple TV+ will be ad-free and support offline downloads, 4K, HDR/Dolby Vision and Dolby Atmos. That's all going to be included in the $4.99 plan, one that can be shared with up to six of your family members -- similar to how Apple Music works. In case you need a reminder, Apple TV+ will live inside the Apple TV app, which is available on Apple's set-top box, iPhone, iPad and, soon, Mac computers with macOS Catalina. The Apple TV is also available on newer models of Samsung's smart TVs and, according to Apple, the application will be launching soon on Amazon Fire TV, Roku and select TVs from LG, Sony and Vizio.

With worldwide availability at launch, and with a low monthly price and hundreds of millions of devices to help it feature its content, Apple TV+ promises to be a serious contender in the streaming space. Watch out, Netflix, Amazon and Disney, because Apple is coming for you.

All products recommended by Engadget are selected by our editorial team, independent of our parent company. Some of our stories include affiliate links. If you buy something through one of these links, we may earn an affiliate commission. All prices are correct at the time of publishing.
Apple TV+ launches November 1st for $4.99 a month
apple
apple tv
apple tv plus
apple tv+
av
business
entertainment
gear
internet
iphone 2019
iphone2019
services
streaming
streaming service
streaming video
thebuyersguide
video streaming