You can test out the release candidate now.

After launching a beta test for the new Chromium Edge in September, Microsoft is now gearing up to officially launch the browser on January 15th, 2020. Over the weekend, the company also revealed a new pinwheel-like Edge logo, which looks like an offshoot of Chrome's logo. You can test out the near-final Release Candidate version today, which should be stable enough for anyone to use, but also serves to let IT administrators to prepare for the new Edge. And speaking of IT folks, Microsoft is also debuting new Bing features for businesses, which gives the search engine the ability to index intranet files and corporate data.

As I covered in my last preview, you can expect the new Edge to be much faster than the last version, thanks to the Chromium engine that's also used in Chrome. While Microsoft made a decent effort building up its own browser engine over the last few years, it could never really compete with the Google's might when it came to speed and website compatibility.

By switching browser engines, the company can work on delivering new experiences on top of a solid framework. The Collections feature, for example, lets you gather websites, jot down notes and share that info with anyone, giving you a simple way to collaborate on things like vacation activities. And the new Legacy Internet Explorer mode gives you a secure way to use aging web apps that still rely on that old browser.

The Chromium Edge browser will also be much more secure than before. In its default "Balanced" mode, it'll block trackers from sites you haven't visited, as well as known harmful trackers. And while you'll lose a bit of personalization from some sites and ads, Microsoft says sites should work as you'd expect. A stronger "Strict" mode blocks even more trackers and might stop some sites from working, but it's all in the name of keeping you more secure. The "Basic" security mode will also block harmful trackers, but give full access to everything else. (My recommendation? Just keep it on the default balanced security mode.) 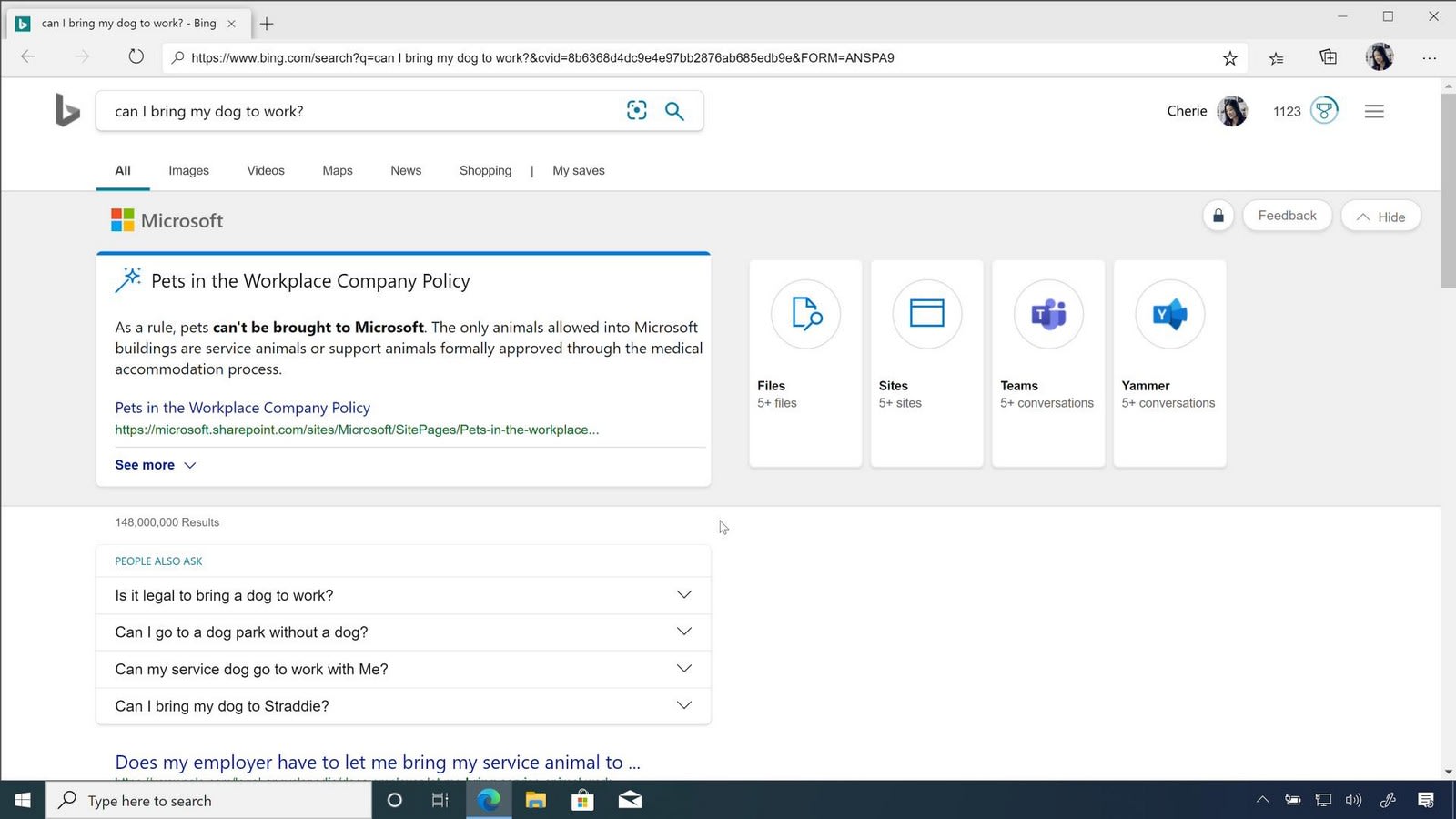 Microsoft says the new Edge and Bing search will also be more secure while using InPrivate tabs. Typically, you'd expect those to be secure, but it turns out most browsers still track bits of data in private browser tabs. Moving forward, Microsoft is working to make sure searches and browsing aren't tied to you at all while using InPrivate Mode.

While it might sound a bit strange to see Bing start handling internal corporate data, the move makes a lot of sense. That's something Google has been offering for a while, most recently with Cloud Search, but there are also plenty of other intranet solutions that aren't nearly as robust. The updated Bing makes Microsoft 365 an even more compelling option for businesses, since they'll have faster access to corporate content. 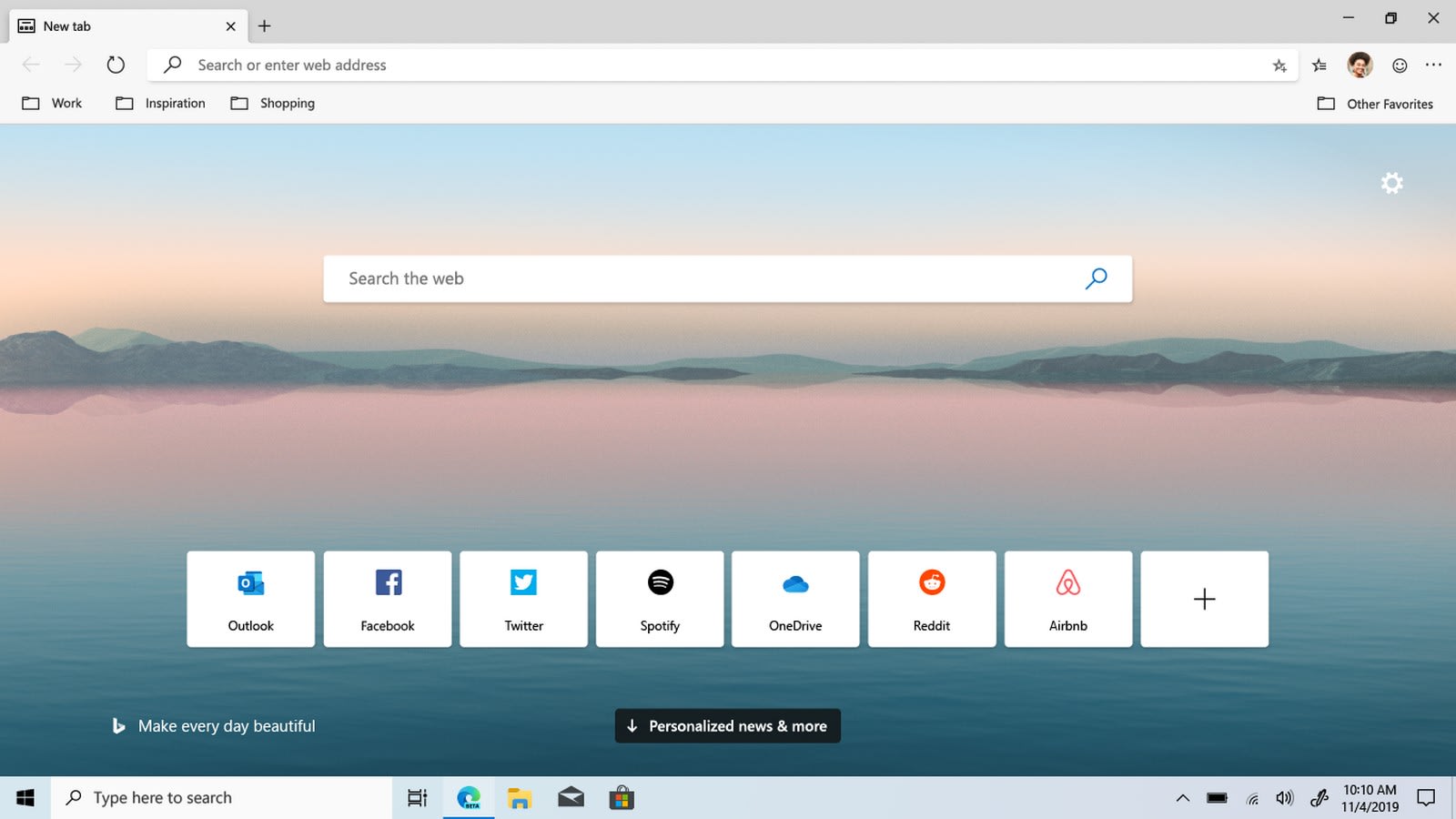 The Edge home screen can automatically highlight shared documents you might need. You'll also be able to use natural language queries to look up information about specific colleagues, like their exact desk location and title. Similarly, you can search for information about confusing acronyms used by your company.

There really aren't any downsides with the Edge Chromium release. It'll be a faster, more secure and offer more website compatibility than before. Microsoft won't be removing the classic Internet Explorer app from current Windows 10 systems, but the company says moving forward, it won't be installed on new PCs. (That sound is every IT admin on the planet breathing a huge sigh of relief.)

All products recommended by Engadget are selected by our editorial team, independent of our parent company. Some of our stories include affiliate links. If you buy something through one of these links, we may earn an affiliate commission. All prices are correct at the time of publishing.
Microsoft's Chromium Edge browser arrives January 15th
Bing
browsers
Chromium Edge
Edge
gadgetry
gadgets
gear
microsoft
personal computing
personalcomputing
search