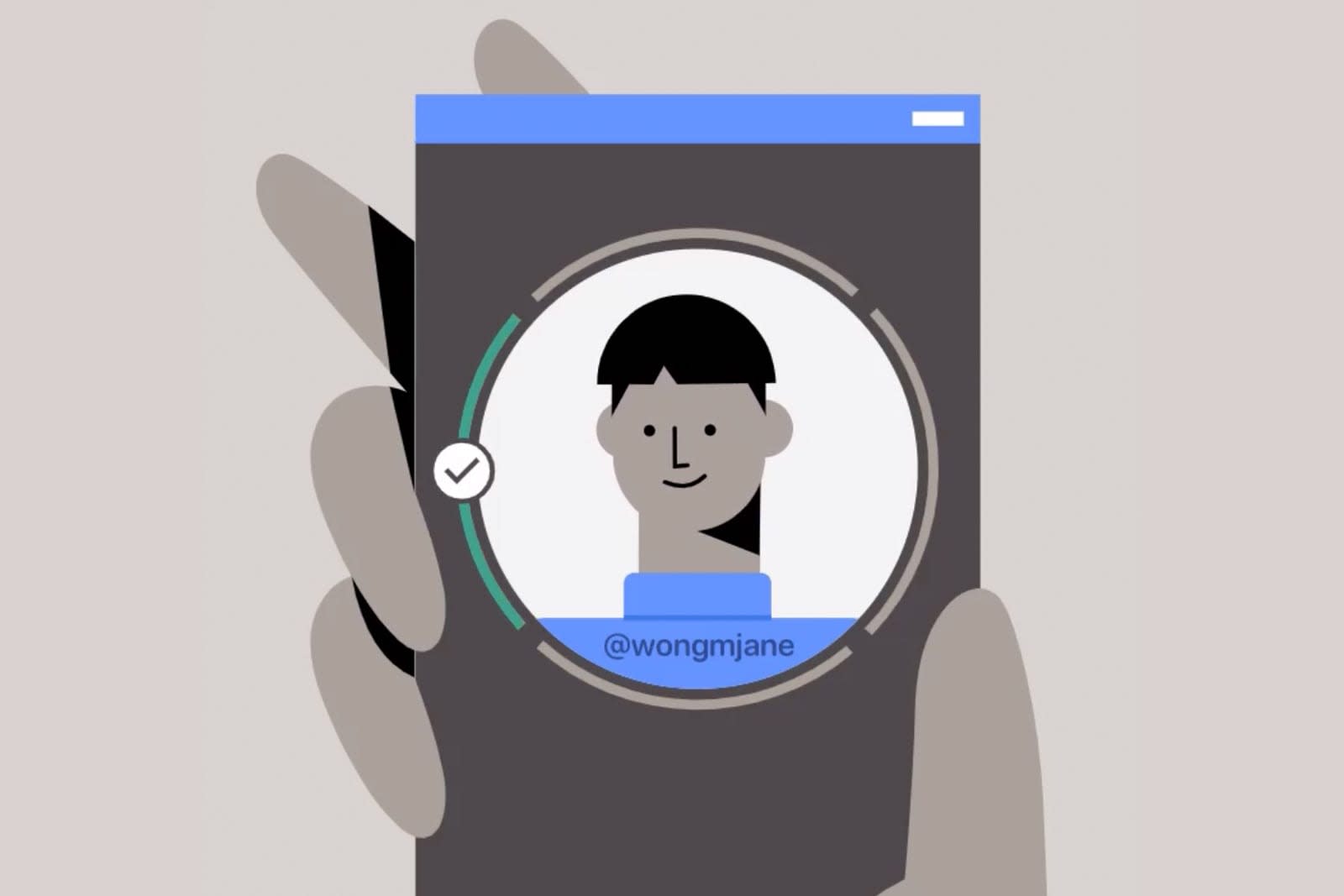 Facebook isn't entirely shying away from facial recognition, it seems. Code explorer Jane Manchun Wong has discovered a reference to a purported facial recognition system in Facebook's mobile app that would verify your identity. You'd have to take a "video selfie" where you look in different directions to give Facebook a more complete view of your face. It would bit like Apple's Face ID and similar systems, but there's no evidence it would require a depth sensor. Facebook vows that "no one else" will see the video and that it'll delete the clip after 30 days, although that's not quite as secure as systems like Face ID (which doesn't allow data to leave the device, and only captures "mathematical representations" of your face).

There's also mention of an updated process for submitting your ID photo for account verification. It's decidedly less sophisticated and simply involves snapping a photo of your ID on a flat, well-lit surface and submitting the picture.

If it does launch in earnest, though, it might draw controversy. While Facebook has been addressing issues, it's still true that the company is still dealing with privacy concerns. A facial recognition-based ID system could reduce the chances of someone compromising your account, but it could also prompt fears (justified or not) that the company might misuse face data or risk a breach that let this data reach hackers.

Update 11/5 7:37PM ET: Facebook tells Engadget that this is a test, but that it "does not use facial recognition." It's only detecting motion to be sure that you're a living human being and not a bot. Think of it like a next-level CAPTCHA. That still means Facebook is storing face data -- it's just that the data won't be used for facial recognition purposes.

In this article: face recognition, facebook, facial recognition, gear, identity, internet, mobile, privacy, social media, social network, social networking
All products recommended by Engadget are selected by our editorial team, independent of our parent company. Some of our stories include affiliate links. If you buy something through one of these links, we may earn an affiliate commission.