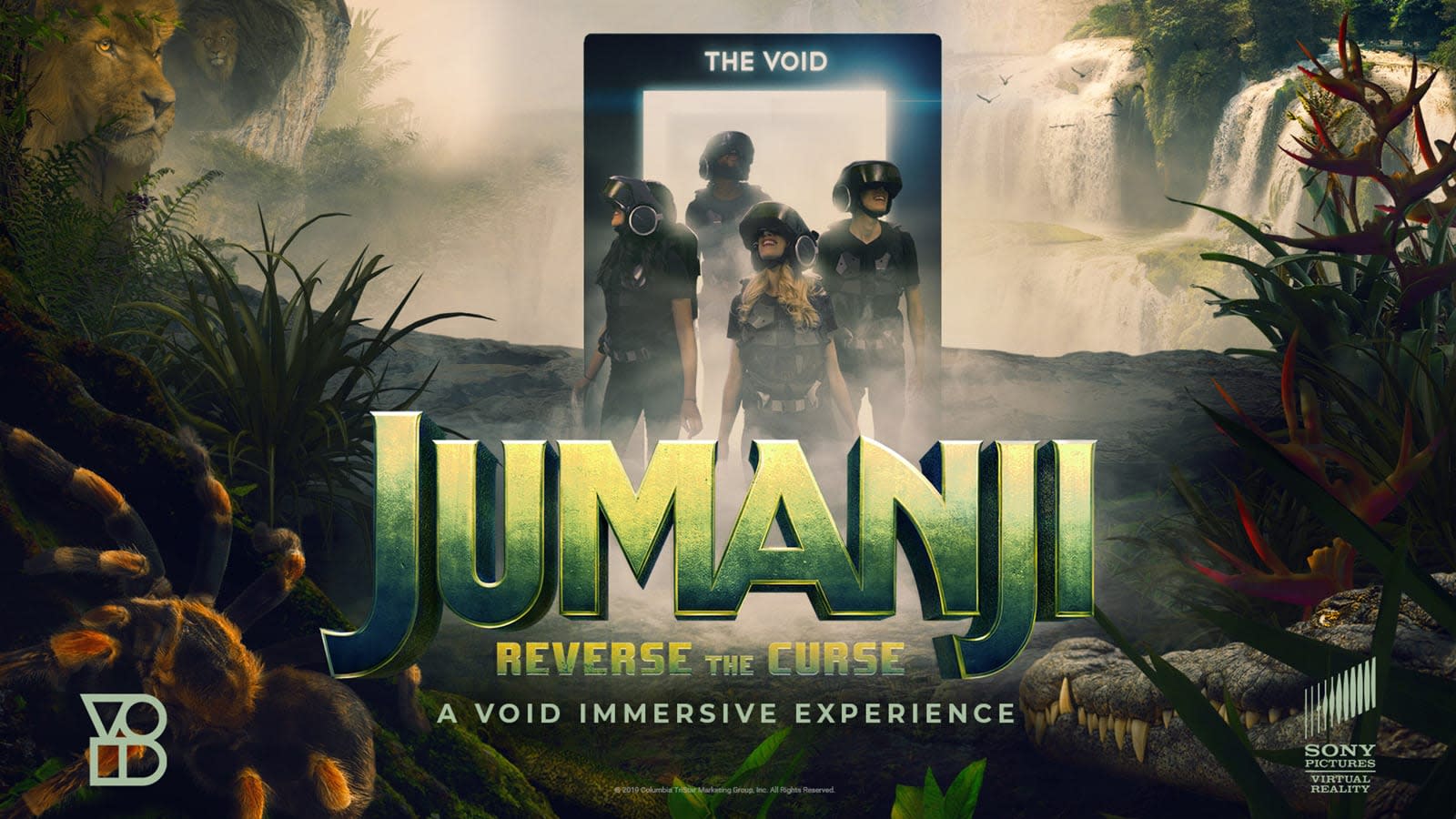 Sony Pictures and VR attraction firm The Void have teamed up to create a new VR experience in conjunction with Sony's upcoming film Jumanji: The Next Level. Called Jumanji: Reverse the Curse, it will allow visitors to virtually enter the jungles of Jumanji, while exploring a physical stage with walls, props and "multi-sensory effects including touch and smell," the companies wrote in a press release.

The experience can take four visitors at a time, who transform into the characters of Dr. Bravestone, Ruby Roundhouse, Professor Oberon and "Mouse" Finbar. (Those characters are actually avatars of four high school students, which is a bit of a mind-bender.) The goal is to rescue the Scepter of Se'payu which holds the Red Jewel of Jumanji and return it to some kind of sacred temple. On the way, you'll fight through a tricky jungle and see dangerous wildlife and other cool stuff.

"As the characters in Jumanji are pulled into the game, we naturally had the idea to create a VR experience where fans can do the same," said Sony Picture VP Jake Zim. "What's more fun for moviegoers than to have the chance to live in VR as the characters they love –- and, like in the movie, players will have to work together as a team to win the game and save Jumanji."

The Void, backed by Disney, Qualcomm and other investors, operates 16 VR centers around the world and plans to open 14 more in the next few months. The company said Jumanji: Reverse the Curse will be "more interactive and immersive than any Void experience has been before." It will open just ahead of the movie's premiere on December 13th at select Void locations.

In this article: av, entertainment, Jumanji, Jumanji Reverse the Curse, Jumanji the Next Level, sony, Sony Pictures, The Void, Virtual Reality, VR, wearables
All products recommended by Engadget are selected by our editorial team, independent of our parent company. Some of our stories include affiliate links. If you buy something through one of these links, we may earn an affiliate commission.