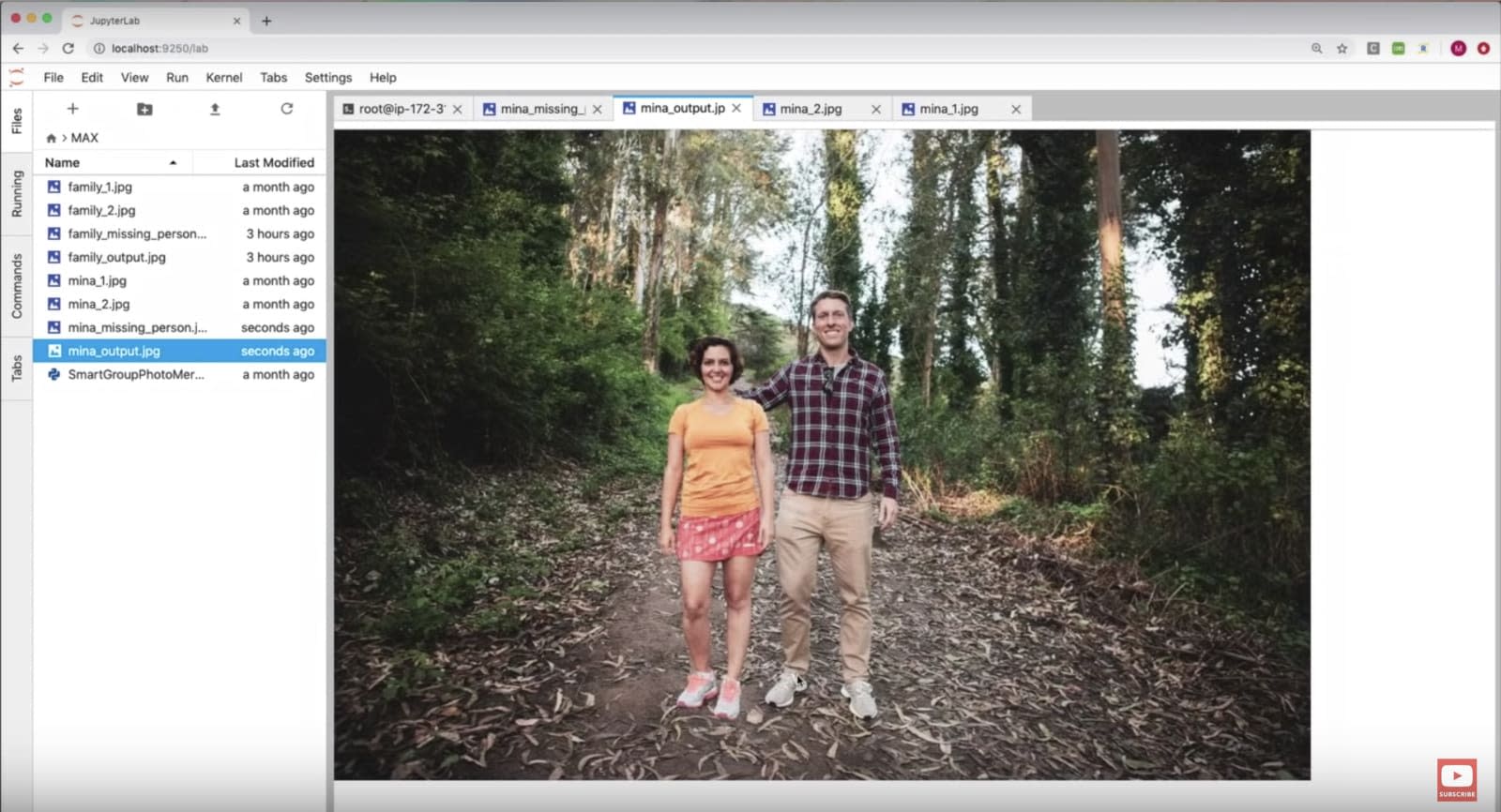 Adobe has revealed a lot more experimental tools -- or "sneaks," as what the company calls it -- other than Project Awesome Audio at this year's MAX conference. One of them is Project All in, and it could be the answer to your woes if you're always the designated photographer or don't have a tripod and a camera with a timer. The tool, powered by the Adobe Sensei AI engine, can scan two photos, identify the missing person in one of them and then add a cutout of that person to the other photo.

Sure, you can also do that with the lasso tool in Photoshop, but All in would make the process so much easier. It could make awkwardly posing like you have your arms around your significant other for cut-and-paste couple photos almost bearable.

Another interesting sneak that's powered by Adobe Sensei is Project Sound Seek. It'll give you a quick way to find specific sounds in audio recordings -- say, "uhms" and "ahs" distracting the flow of your talk -- that you may want to edit out.

Meanwhile, Project Image Tango can combine shapes and textures. If you want to see a three-dimensional, realistic version of a bird you sketched, for instance, it'll allow you to combine your sketch/outline with texture from another image, such as a photo of a real bird.

The other sneaks Adobe showed on stage include Project Sweet Talk, which can make animated videos out of static drawings. There's also Project About Face, a face-aware liquify tool that could become selfie-loving social media users' favorite tool. Not all of these sneaks will make it into Adobe's apps, but these should give you an idea of what to expect from the company in the future.

In this article: adobe, adobemax2019, design, gear, internet
All products recommended by Engadget are selected by our editorial team, independent of our parent company. Some of our stories include affiliate links. If you buy something through one of these links, we may earn an affiliate commission.