Microsoft’s HoloLens 2 is ready for work

After a semi-surprise debut at Mobile World Congress in February, Microsoft is now shipping HoloLens 2 to customers, the company announced today. The sequel augmented reality headset boasts some major upgrades over the original model — twice the field of view, a sharper resolution, eye tracking and better comfort — making it a much more compelling option for AR enthusiasts. But at $3,500, it's still a device mainly targeted at businesses who can really take advantage of AR-assisted, hands-free computing.

Since its initial announcement, Microsoft says it's shared early HoloLens 2 prototypes with customers and received plenty of feedback. The shipping version hasn't changed much from the first units we've seen, according to Greg Sullivan, Microsoft's director of Mixed Reality. Still, he says the company took that commentary seriously.

Whereas the first headset was a bit of an experiment by Microsoft, one that gave us a glimpse into what AR could offer, HoloLens 2 is more finely tuned to businesses and their employees more productive. Over the past few years, HoloLens has found a home in the enterprise, where frontline workers can use it to call up a colleague for remote assistance, or see virtual schematics for machinery right alongside their physical counterparts. HoloLens 2 isn't for Minecraft — it's meant to get work done.

As soon as I put on the headset during a recent demo, it was instantly clear how much it improves over the last model. It was a cinch to put it on and tighten HoloLens 2's halo headband, and there was plenty of cushioning to keep me comfortable. It's a bit top and rear-heavy, compared to the original model which would always press down on my nose, but the weight is well balanced. It felt like something I could wear for hours without much stress — exactly what Microsoft needed to accomplish for field use. 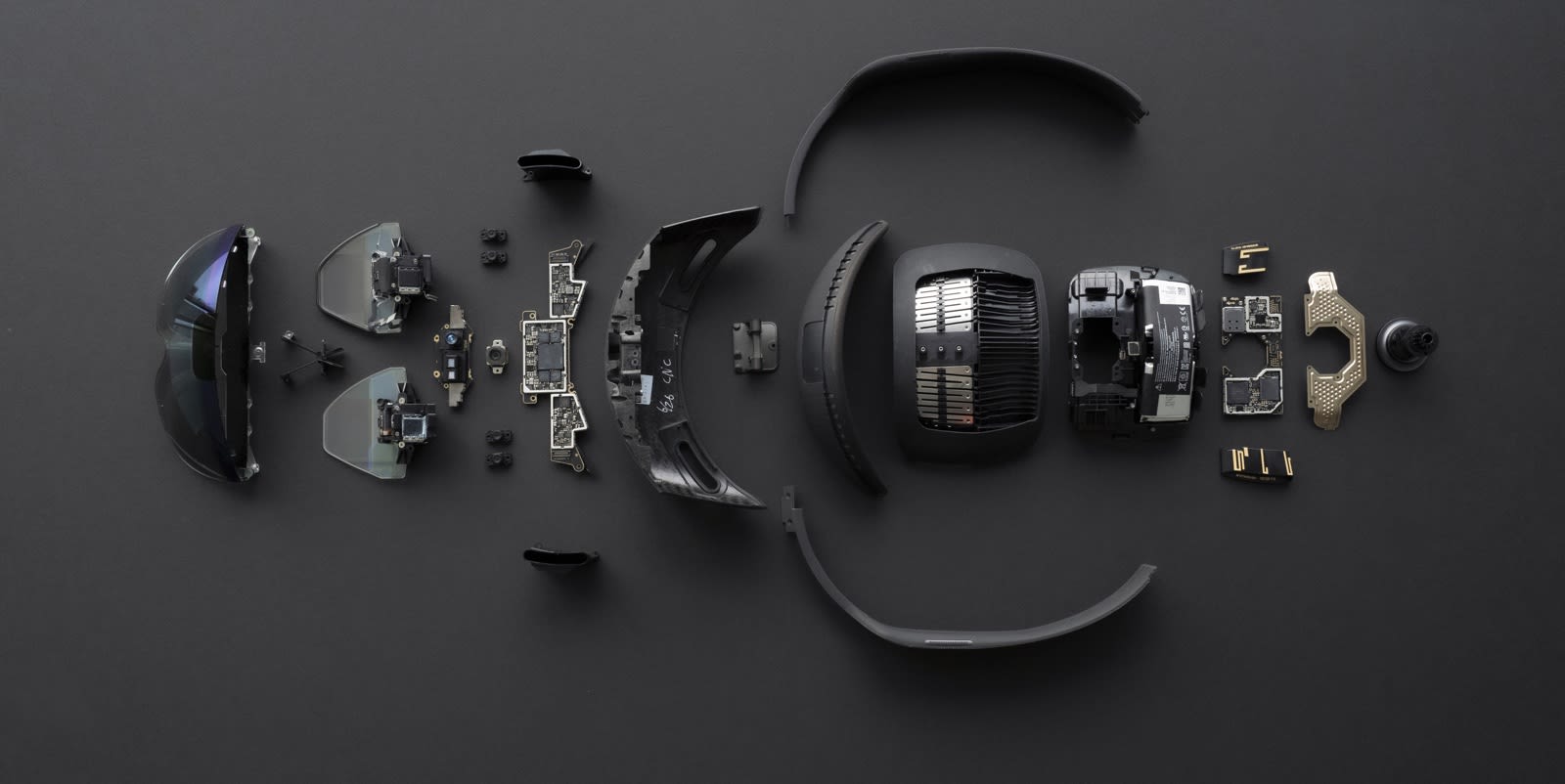 Next, I calibrated the headset by following a hologram with my eyes alone. That helps HoloLens 2 deliver a sharp image, but it also sets up eye tracking, a feature we'll be seeing on more VR headsets soon. It might sound a bit gimmicky, but when dealing with AR and VR, your gaze can almost function like telekinesis. It lets you interact with objects from afar, and it works organically alongside HoloLens 2's hand and finger tracking.

While I didn't get to see HoloLens 2 experiences beyond what we saw at Mobile World Congress, I left the demo once again intrigued by what Microsoft has cooked up. The company is clearly better positioned than its competitors: Meta no longer exists, and Magic Leap is more interested in artistic experiments than helping companies be more productive. We're still a long way off from getting consumer-friendly AR glasses, but HoloLens 2 proves that business-friendly AR is already here.