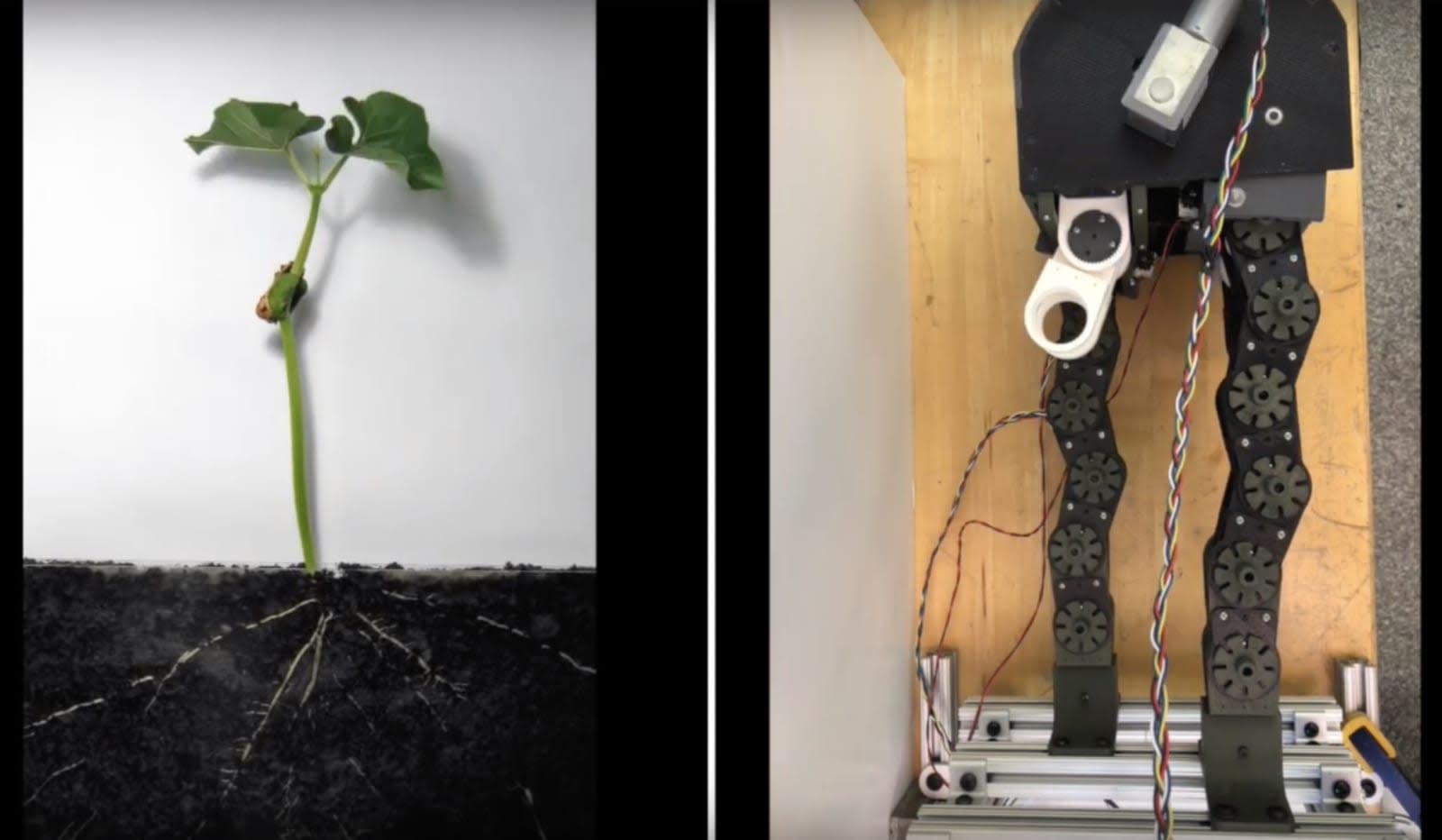 A team of MIT engineers believe that while soft robots can squeeze into spaces typical rigid machines can't, they're usually not sturdy enough to be fitted with tools like sensors, grippers and cameras. That's why they went another route when they created a solution for robotics' "last foot problem:" instead of designing a soft robot, they made a flexible one inspired by growing plants. It's made of rigid material, but its appendages look like bicycle chains, allowing it to twist and turn into whatever configuration is needed to reach its objective. Those appendages are also capable of carrying heavy loads at the same time.

MIT explains the "last foot problem" as an engineering term "referring to the last step, or foot, of a robot's task or exploratory mission." That last task, for instance, could be maneuvering into tight or complex spaces. The team's design was inspired by the way plants transport nutrients up to their tip, bit by bit, until they manage to create stems. Similarly, their robot has gears that release its 3D-printed plastic chain one after the other, so it looks like it's "growing."

You can watch the robot "grow" in this video:

In addition, the engineers can program the robot to lock certain units in the chain, so that it forms rigid appendages capable of wielding tools. When the chains are interlocked, they're strong enough to support tools up to a pound in weight. "It can be locked in different places to be curved in different ways, and have a wide range of motions," team leader Tongxi Yan explained.

The engineers believe that their creation has a future in various industries, including airplane and auto repair. It could, say, go into an aircraft's propulsion system to tighten a loose screw or even change the oil in your car. Team member Emily Kamienski said: "The space under the hood is relatively open, but it's that last bit where you have to navigate around an engine block or something to get to the oil filter, that a fixed arm wouldn't be able to navigate around. This robot could do something like that."

In this article: gear, MIT, robots
All products recommended by Engadget are selected by our editorial team, independent of our parent company. Some of our stories include affiliate links. If you buy something through one of these links, we may earn an affiliate commission.