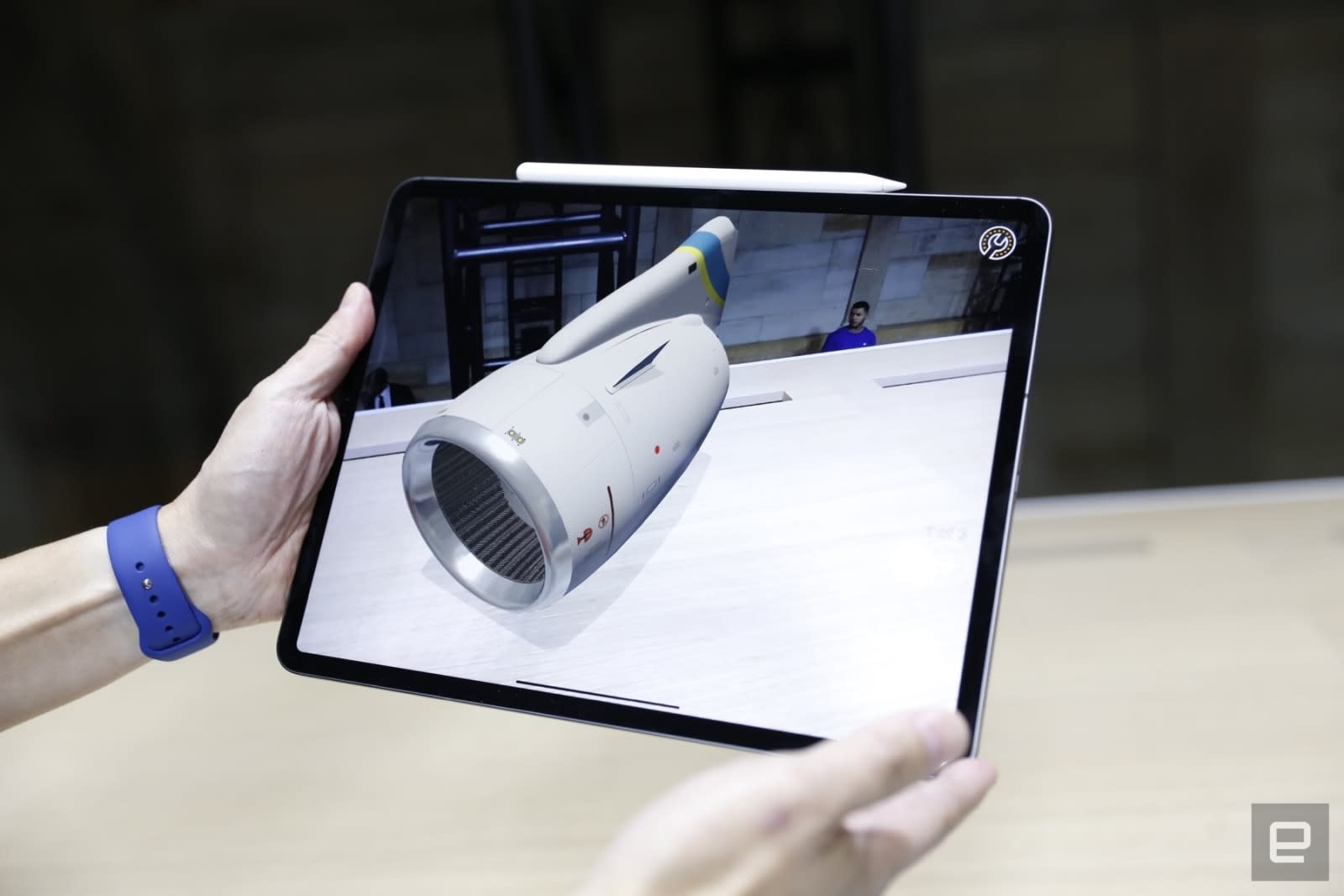 You might have to wait a while for the next iPad Pro, although it might provide some clever features in the bargain. Bloomberg sources claim Apple is planning to release the new pro tablet "as early as" the first half of 2020, and that it would include both two cameras as well as a Face ID-like 3D sensor system to help people create "reconstructions of rooms, objects and people." The rumored 3D sensor on iPhones would come later -- you might have to get the iPad Pro if you want Apple's first crack at the new augmented reality tech.

The same leak also reiterated an earlier The Information report claiming that Apple plans to launch a mixed AR and VR headset in 2022 (possibly in 2021) followed by AR glasses in 2023. The earlier scoop suggested the headset would have high-res displays and a sophisticated AR experience that would let people walk in front of and behind AR objects.

This isn't great news if you were waiting for an updated iPad Pro. If accurate, the new slate would arrive roughly a year and a half after the current model. It does suggest the new Pro won't be just a mild refresh, though, so it might be an easier sell if you're itching for a high-end tablet and want a meaningful improvement.

In this article: apple, augmented reality, gear, ipad, ipad pro, leak, mobile, tablet
All products recommended by Engadget are selected by our editorial team, independent of our parent company. Some of our stories include affiliate links. If you buy something through one of these links, we may earn an affiliate commission.