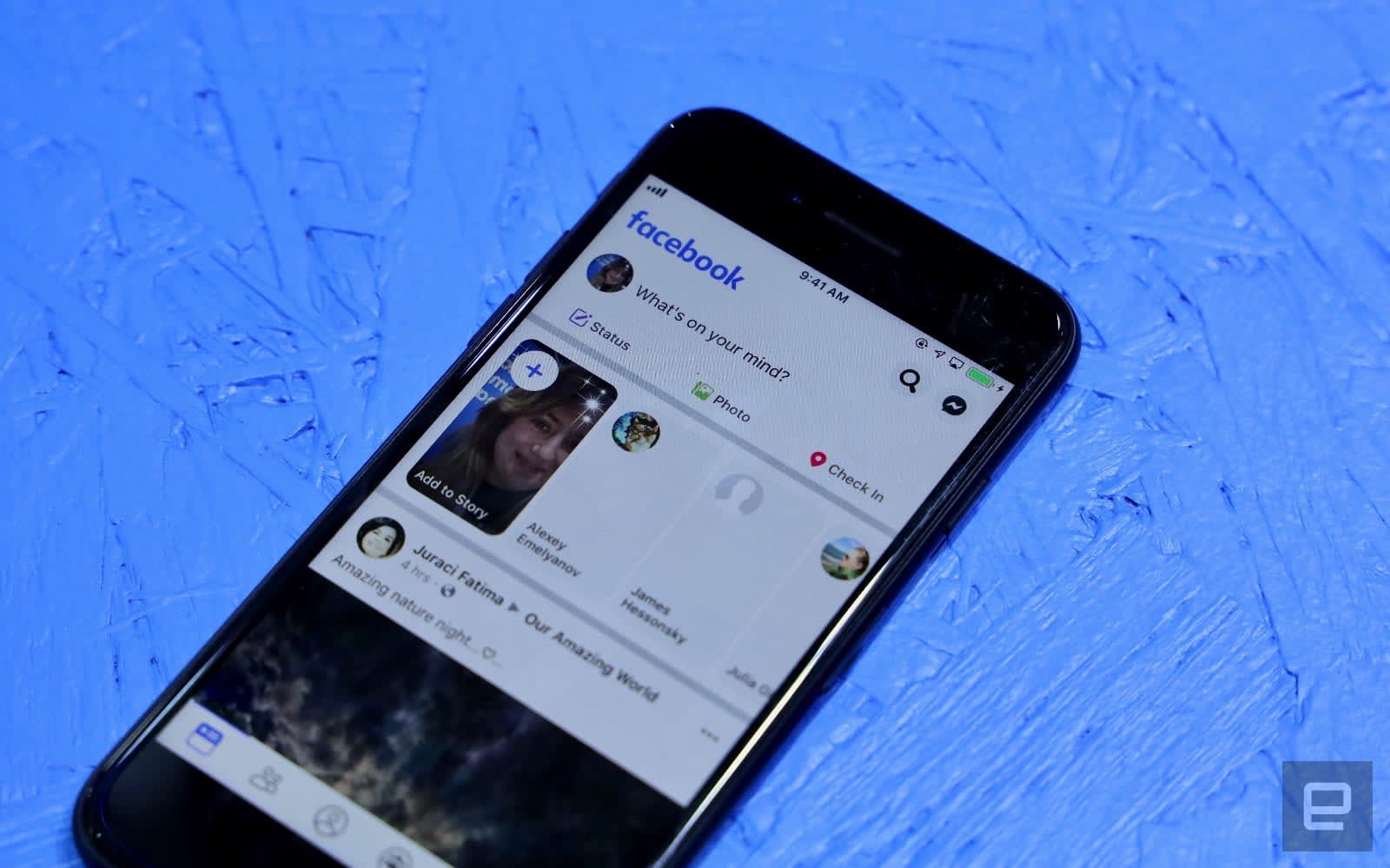 Early this month, some Facebook users began to notice a glitch when they were using the iOS app. Users shared on Twitter that when they were watching videos or looking at photos, their cameras were activated behind the Facebook app, CNET reports. Facebook has acknowledged the bug and says it is submitting a fix to Apple today.

Some users said that when they viewed a video in full screen and then shrank it back, the app layout would shift slightly to the right. In the space on the left, you could see the phone's camera had been activated. CNET says it was able to replicate the issue.

Today, while watching a video on @facebook, I rotated to landscape and could see the Facebook/Instagram Story UI for a split second. When rotating back to portrait, the Story camera/UI opened entirely. A little worrying... pic.twitter.com/7lVHHGedGf

Facebook says the bug was introduced when it fixed another issue -- the Facebook iOS app incorrectly launching in landscape mode -- in version 244. "We have seen no evidence of photos or video being uploaded due to this bug," a spokesperson told Engadget.

We recently discovered our iOS app incorrectly launched in landscape. In fixing that last week in v246 we inadvertently introduced a bug where the app partially navigates to the camera screen when a photo is tapped. We have no evidence of photos/videos uploaded due to this.

Needless to say, this doesn't help Facebook's image. The company has doubled down on its messages about privacy and security, and a bug like this could undermine the company's efforts to improve its reputation.

Facebook's full statement is below:

"We recently discovered that version 244 of the Facebook iOS app would incorrectly launch in landscape mode. In fixing that issue last week in v246 (launched on November 8th) we inadvertently introduced a bug that caused the app to partially navigate to the camera screen adjacent to News Feed when users tapped on photos. We have seen no evidence of photos or videos being uploaded due to this bug. We're submitting the fix for this to Apple today."

Via: CNET
Source: Facebook
In this article: app, bug, camera, cybersecurity, facebook, gear, internet, ios, mobile, photos, privacy, security, videos
All products recommended by Engadget are selected by our editorial team, independent of our parent company. Some of our stories include affiliate links. If you buy something through one of these links, we may earn an affiliate commission.