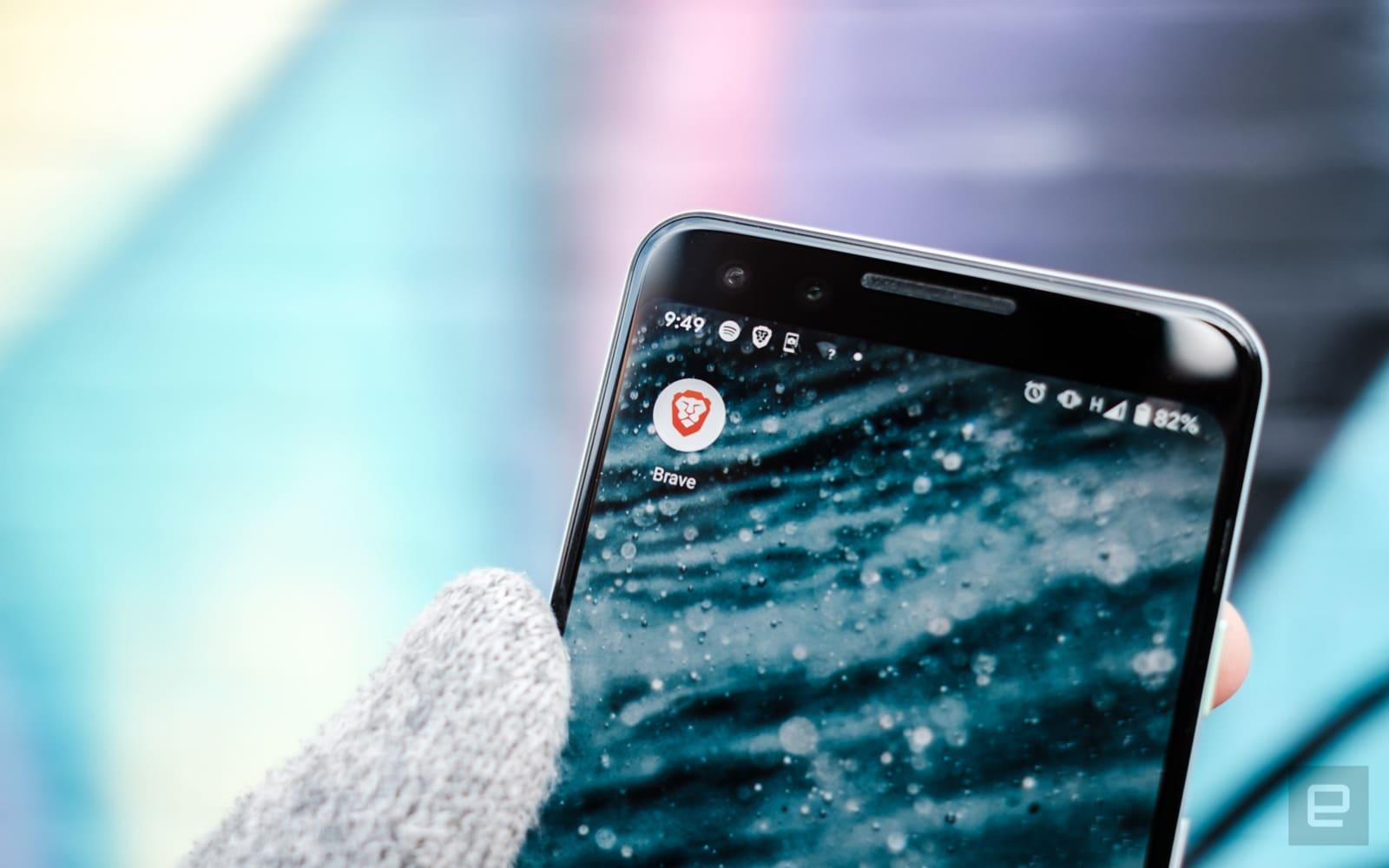 Almost four years after its first release, privacy-focused web browser Brave is officially launching. Starting today, you can download version 1.0 of Brave on Android and iOS, as well as on Windows 10, macOS and Linux. With Brave 1.0, you can now use the company's opt-in ad platform and enroll in Brave Rewards on both iPhone and iPad. In short, this is the release where you can seamlessly use almost all of Brave's marquee features across all platforms.

"Most companies come out of beta very fast. We've deliberately been methodical," says Des Martin, one of the company's business directors. "We wanted to make sure we had our feature set available to everyone before we went out of the beta."

If you haven't been following Brave's development, Brave Rewards is a feature the company introduced earlier this year. By opting into Brave Rewards and clicking on pre-packaged ads, you get a 70 percent cut of ad revenue through something called Basic Attention Tokens (BAT). You can use your BATs to tip publishers and content creators or keep the crypto-tokens for yourself. According to Martin, some 14 percent of Brave users click through the company's private ads. To put that in perspective, the average clickthrough rate on Google AdWords is about two percent. He adds that in western countries the average Brave user makes about $7 to $10 per month from clicking through on the company's private ads.

Alongside the new release, Brave shared, for the first time with the media, usage stats. According to Martin, Brave currently has 8.7 million active monthly users and approximately 3 million daily active users. He adds that historically the majority of people who used Brave did so on their mobile device, but currently there's a 50-50 split between desktop and mobile users. "We wanted to make a platform for everyone," he says. "We weren't necessarily biased toward one area or another." In terms of where those users are situated, Martin says the company's biggest market is in North America, which accounts for 33 to 35 percent of its userbase. Another 30 percent are located in Europe, and the remainder is spread throughout the rest of the world.

Those numbers put Brave way behind Chrome, which has had 1 billion users as of 2016. But with 10 percent month over month growth, Martin contends Brave is well-positioned to keep chipping away at Google's dominance thanks to just how top-of-mind privacy has become in recent years. "There's a wave breaking, and for the next couple of years we have to surf that wave as far as we can," he says. "Privacy and a private web is for everyone. We'd like to see it go mainstream, and that's a key part of this release."

In this article: ads, advertising, android, Brave, browser, gear, internet, ios, linux, macos, privacy, web, web browser, Windows 10
All products recommended by Engadget are selected by our editorial team, independent of our parent company. Some of our stories include affiliate links. If you buy something through one of these links, we may earn an affiliate commission.