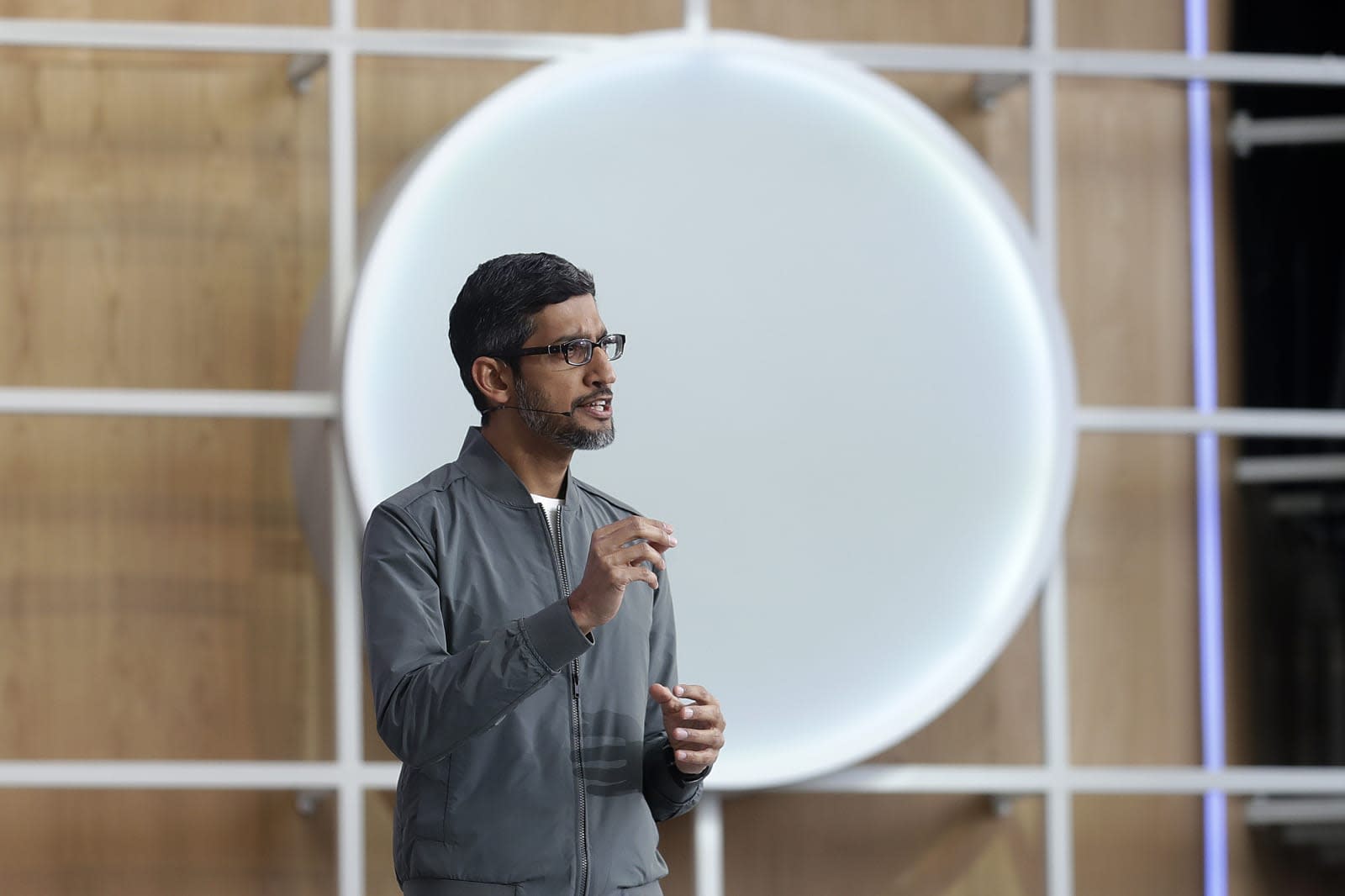 Google's weekly all-hands meetings have quickly become a source of leaks, and the company is apparently taking an aggressive approach to curbing those leaks: it's limiting the meetings themselves. The Verge has learned that CEO Sundar Pichai sent company-wide email (appropriately leaked to the media) revealing plans to drop the bi-weekly, all-encompassing "TGIF" meetings in favor of monthly gatherings devoted solely to "product launches and business strategies." While there were multiple reasons for the change, Pichai wasn't shy about citing the frequent leaking as a factor.

There's a "coordinated effort" to leak meetings after each TGIF, Pichai said. He argued that this hurt Google's ability to use TGIF as a platform for "candid conversations" on key subjects. The company will still hold town hall discussions for "important workplace issues," the executive promised, and there will still be "Social TGIFs" in local offices. There just won't be one bi-weekly meeting to cover everyone.

Pichai added that the split between product discussions and other issues wasn't "serving either purpose very well." He also noted that viewership had dropped substantially over the past decade from 80 percent of Google staff to just 25 percent. That was partly due to the company getting bigger, according to the CEO.

Google confirmed the accuracy of the email to Engadget, but didn't offer additional commentary.

The move could prompt mixed reactions at Google. Leaks have sometimes been used to spin Google's internal discussions, such as Breitbart's attempt to use a 2016 TGIF meeting as evidence of political bias in the company's products. This theoretically reduces the chances for weaponizing TGIF meetings. At the same time, though, the reduced frequency could be seen as a way to avoid dealing with complaints about company culture, including reports of retaliation against protesters. While this may help Google control more of its own narrative, it could hinder solutions to any deep-seated problems.

In this article: business, gear, google, internet, leaks, meeting, sundar pichai, tgif
All products recommended by Engadget are selected by our editorial team, independent of our parent company. Some of our stories include affiliate links. If you buy something through one of these links, we may earn an affiliate commission.